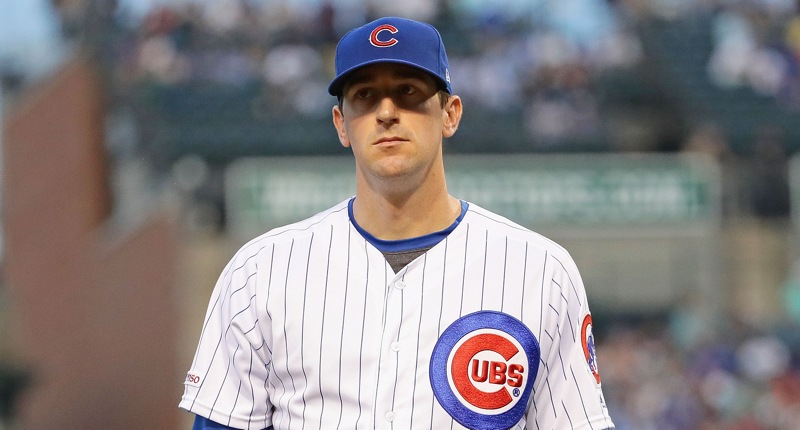 The Cubs went from a theoretical overload of starting pitchers to a deficit, all in about a day. Or at least as far as the news came out publicly. Ever the reminder that you can never, ever have “too much” capable starting pitching.

First, you had Marcus Stroman surprisingly going on the Injured List with right shoulder inflammation. David Ross said Stroman hasn’t actually felt quite right since he returned from COVID last month, but there’s hope he can return relatively shortly. Stroman would be eligible to come off the IL on June 22.

Then, David Ross revealed that Kyle Hendricks is “dealing with some stuff,” and that’s why he hasn’t pitched since June 1. He was able to throw a bullpen on Friday, so maybe that means he’ll be starting for the Cubs soon. There hasn’t been an indication that this is an Injured List situation, but then we didn’t even know he was “dealing with some stuff” until last night.

Then, to cap it off, you had Wade Miley leaving after trying to warm up for the 4th inning last night. Turns out, he felt it in the 3rd:

“I felt something in the back of my shoulder. It’s kind of the same thing I’ve been dealing with,” Miley said. “I felt so good the last two weeks. I threw some aggressive bullpens, gone after it. I felt really well.

“One pitch to Donaldson, I felt a little something back there. I tried to stay consistent in those remaining four or five pitches. In between innings, [the shoulder] calmed down a little bit. I tried to go back out. … The first pitch I threw, [the pain] was there again. Rather than try to push it, I tried to do the smart thing; get it checked out Monday and try to figure out what’s going on.”

That is indeed the smart approach, but it’s obviously a concern that he can’t seem to shake this. Depending on what the testing reveals, it’s conceivable that Miley will sit down for a long time to try to get it really and fully healed.

The Cubs have a very strong interest in ensuring that Miley is at least healthy and pitching in, say, the second half of July. A healthy Miley would be (would have been?) a good trade piece, since the rental market is always desiring capable starting pitchers. No, he wouldn’t net the Cubs a stud prospect, but a meaningful return? Absolutely. So hopefully he’ll be OK.

Note: Drew Smyly is already on the IL with his oblique injury. So that’s four of the Cubs’ five expected Opening Rotation starters injured/dealing with stuff right now. Seems bad.

Who’s healthy in the rotation right now? Well, you’ve got today’s starter, Matt Swarmer. Then Justin Steele. Then Keegan Thompson. And then … ? Maybe Alec Mills takes a start? Maybe Caleb Kilian, who started yesterday for Iowa, comes back up? Maybe Anderson Espinoza comes up for a fill-in start? The Cubs don’t have an off-day again for three more full turns through the rotation, so they’ll have to figure something out. The rotation just whiplashed from one type of mess to another.