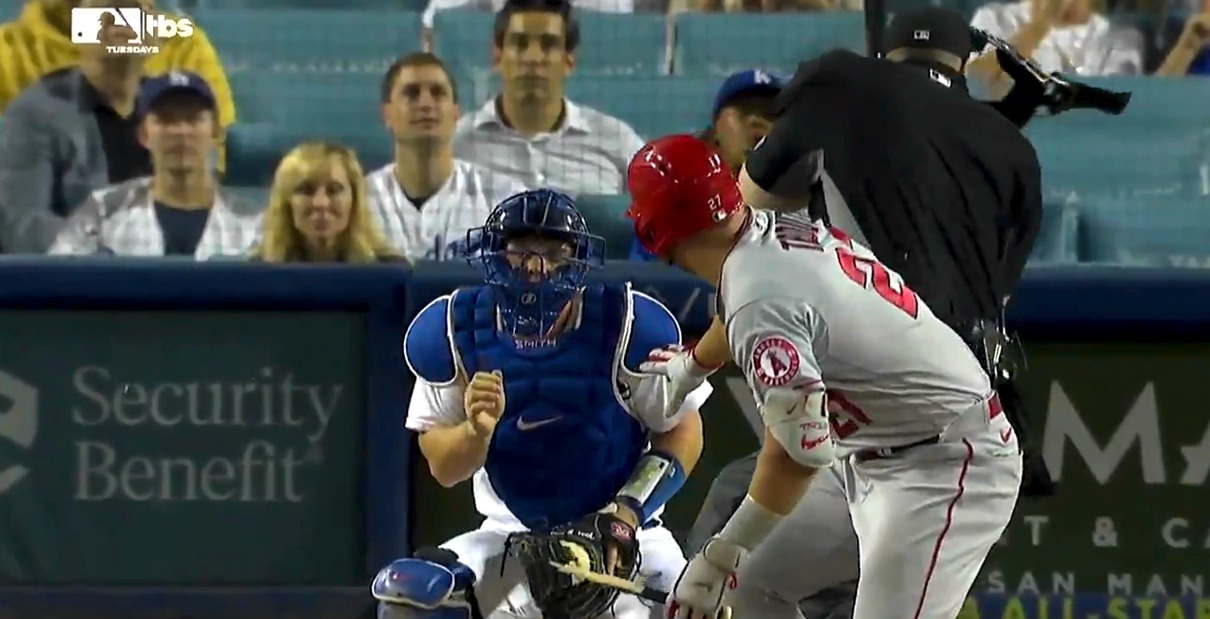 One of the scarier scenes you’ll see involving a home plate umpire last night, with Angels outfielder Mike Trout’s bat snapping in the 9th inning against Craig Kimbrel, the barrel of which flew backwards at umpire Nate Tomlinson.

Tomlinson went down immediately and had to leave the game:

Thankfully, Tomlinson was able to walk off after some on-field treatment, and word from this morning is that he avoided serious injury:

You can see just how scary the moment was – and how extraordinarily unlikely it was for the bat to break in just the wrong way and fly to just the wrong spot – in a photo by Keith Birmingham:

For Cubs fans, the moment evokes memories of outfielder Tyler Colvin getting hit in the chest by a shattered bat, which punctured his chest and sent him to the emergency room, where doctors had to prevent his lung from collapsing. It was a truly scary moment, and it ended Colvin’s season.

Thankfully Colvin was able to come back the next season, and though he struggled with the Cubs, he was eventually traded to the Rockies, where he had some more success. (We will discuss no other aspects of that trade …. )