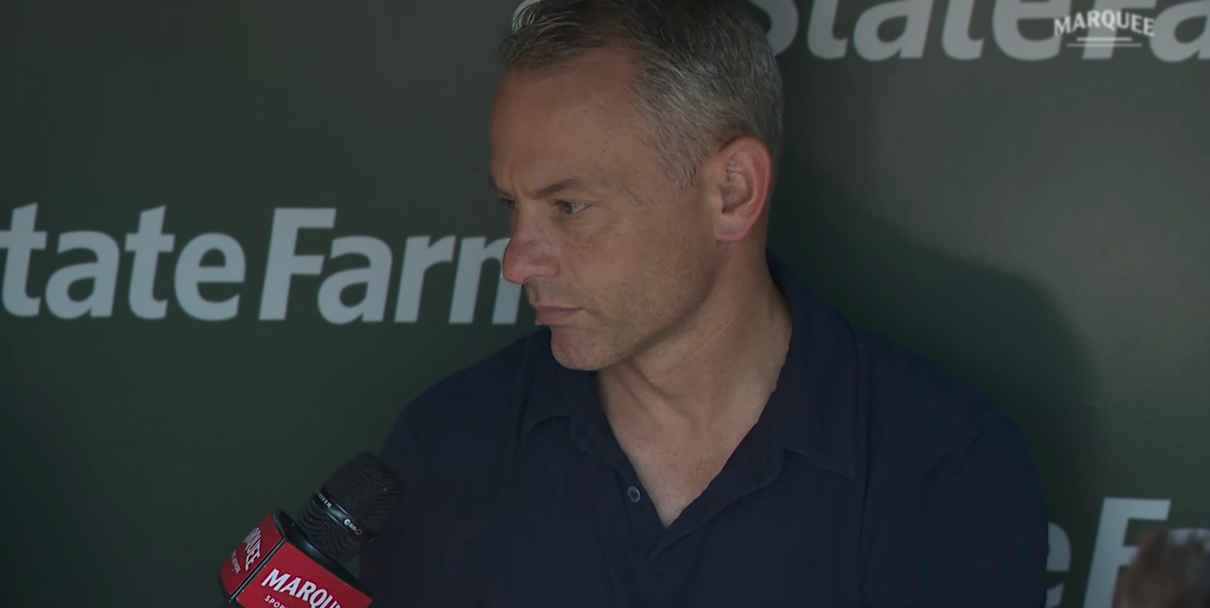 Before the team he helped create lost its 10th straight game today, the culmination of a sweep by the Padres (his last organization), Cubs President Jed Hoyer spoke with the media about the state of things. You can see his thoughts here, here, here, here, and here, among other places. The full media availability is also embedded at the bottom of this post if you want to watch the whole thing, via Marquee.

For me? This might be a rebuild. Or at least something I would call a rebuild. But it might not be, and there are near-term data points that are going to better answer the question for me than anything Hoyer might say right now.

Let me put it this way: if this isn’t a rebuild, the proof will be in the pudding very soon, because it will mean we aren’t looking at multiple full seasons of punting. Because once you get into that mode, it’s clearly a rebuild, by anyone’s definition, where you have decided you “cannot” succeed at the big league level until the wave of young prospects you’re accumulating actually arrive and succeed in the big leagues ….

So, circling back to why I tend to think this whole conversation is pretty fruitless right now: it’s going to be an actions-have-to-speak-louder-than-words situation at the deadline this year, and in the offseason. If there are more moves like adding Marcus Stroman and Seiya Suzuki types to CLEARLY supplement the 2023 team and try to win (MORE than this year), then, OK, I can see the merits and it’s not something I would call “a rebuild.” But if it’s another deadline of selling off for very young prospects, and then an offseason of signing mostly one-year, low-risk deals? It’ll be pretty hard to argue this isn’t another multi-year rebuild in the same vein as what came before.