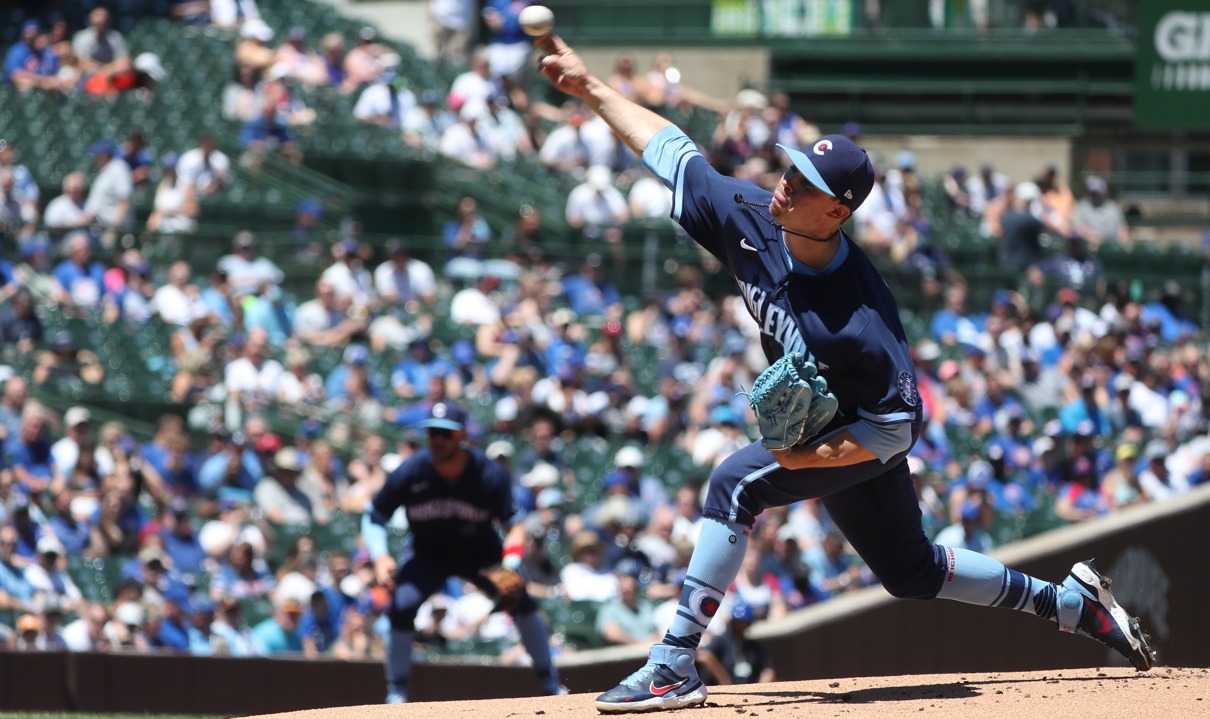 What a bounce-back start. I just can’t say it enough. Keegan Thompson was coming off back-to-back rough outings, which was fine and expected as he develops into a starting role, but following it with a great start is exactly what you wanted to see for that development. He said he’d picked up on some mechanical issues in those outings, and clearly addressed them before facing the Braves yesterday. Then again, that may not have even been the primary tweak yesterday. More on that in a moment.

Over 6.0+ scoreless innings, Thompson struck out a career-high 9 batters, allowed just two (crappy) hits, and two walks. He also got a whopping 18 whiffs, and Braves batters looked late on his hard stuff all day. It was easily the best start of his young career, and it was the kind of appearance that reminds you Thompson absolutely has starting upside. For as much as we’ve seen he can be great in short bursts in the bullpen, this is the year to give him this starting chance. He looked like he was doing the short-burst thing, except he held it over the course of 6.0 innings and 92 pitches.

Oh, and that’s to say nothing of the fact that he was facing a team that had won 14 games in a row, while pitching under the pressure of knowing his own team had lost 10 games in a row.

From the sound of things, Thompson’s success yesterday was built on some work on the mechanical issues (Willson Contreras said he shared some feedback on the delivery), but also going back to a more fastball-heavy approach, without holding anything back.

It’s something we’ve talked about before when Keegan Thompson was looking so good in relief, knowing he was only going to throw 40-ish pitches.

“We know his potential. We know what he’s got,” Yan Gomes said, per Cubs.com. “He’s got plus-plus pitches on every angle. I think sometimes when you see guys making that transition, they tend to try to pace themselves. And that just seemed to be one of the conversations that we were having today, and even before that: ‘Don’t pace yourself. Come out, give it all you’ve got. And if you start running out of gas, we’ll take you out.'”

For his part, here’s how Thompson explained it to the Tribune: “I think it was trying to place balls the last time instead of just going after guys and staying in the zone and letting them put it in play,” Thompson said. “There was a couple of fastballs that were hit in one of my outings and I think it just took me away from it. I was throwing more offspeed stuff or two seams instead.”

So, you kind of have a lot of things playing together at once: there was maybe a minor mechanical thing, there was the desire to conserve for deeper outings, and there was a little bit of gun-shy-ness about pounding the zone with the fastball.