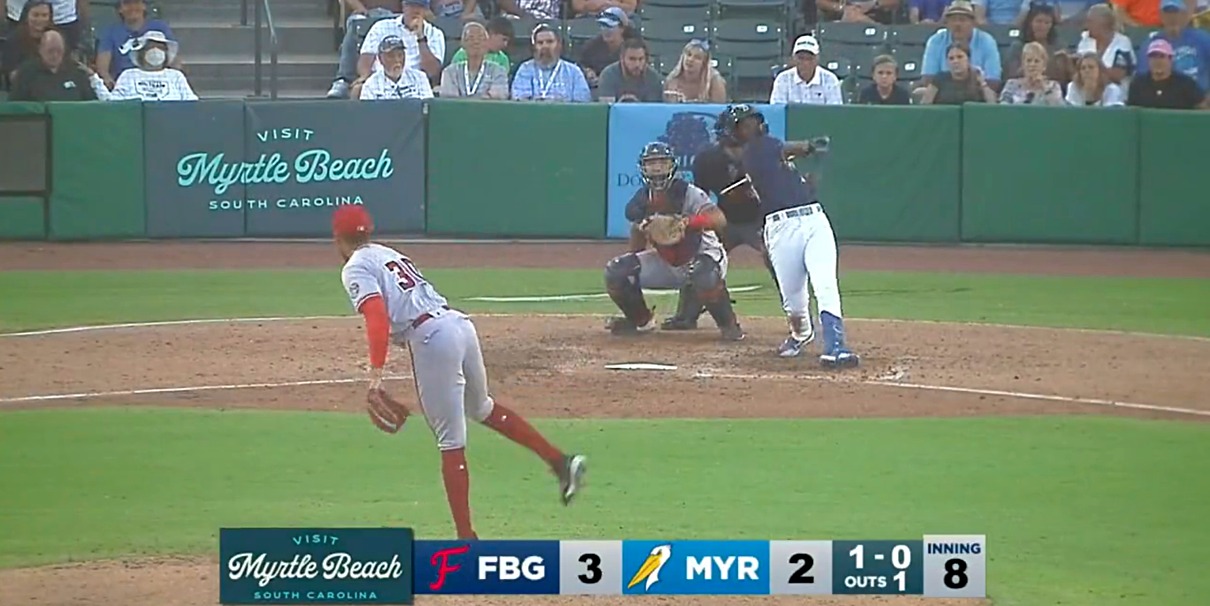 This spring was my first as a head coach of a Little League squad, and yesterday marked our final game. In five innings, our team in the field was able to make 14 outs, which is about 13 more than we did in our first game! Watching the progress is really fun, and I’m already excited to try my hand at it again in the future.

Honorable Mention: Darius Hill had three more hits for Iowa, raising his average with the I-Cubs to .421. His last 30 games, which are split between Double- and Triple-A: .385/.432/.566 with a 12% strikeout rate. Brett talks a lot about the array of skills that Rafael Ortega possesses that might make him an attractive complementary acquisition for a good team, and I think the Cubs’ willingness to trade Ortega is probably fueled by having an Ortega-clone at Triple-A in Hill. Despite this hot streak, there’s still reason to want Hill developing in Iowa: I’d like to see him used in outfield spots besides left field, we want a better idea in the future power projection, you’d love a few more walks. But there’s a growing confidence that Hill could be a really helpful bench piece in the future.

A career-high four hits for the 21-year-old backstop, hopefully serving as a springboard after a prolonged 12-for-67 slump in the preceding four weeks. While Aliendo’s wRC+ went from 105 in Low-A last year to 88 this season, he has cut the strikeouts meaningfully, so I think worthwhile development has occurred. Aliendo is a guy that shows you a little bit of every skill, but doesn’t possess an overwhelming plus tool in any one area. For me, I think the key is whether Aliendo can add a meaningful amount of strength in the 2-3 years to come, without sacrificing the athleticism that makes him interesting right now.

Jensen ended up making two “starts” in Pensacola, but as they marked his return from the Developmental List, both were short. If we combine them: 5 IP, 2 H, 0 R, 0 BB, 4 K. The zero walks thing is huge; yesterday Jensen was able to lock into strike-throwing in three-ball counts on a few occasions. He hit 99 mph against the final batter he faced, which was fouled back, before Jensen threw a good full-count slider for a strikeout. There was some batted ball luck in this outing, with three hard-hit balls finding gloves, but there’s no reason to take anything except positives away from his series.

I-Cubs relievers got 15 outs in this one without a run scoring, allowing the offense to make up a 5-1 deficit and come back for a 6-5 victory. The story in this one was the unfortunate Ethan Roberts injury, and I couldn’t possibly be crossing my fingers more that it’s not what we think it is.

Ben Leeper got the one-inning save in this one on just eight pitches, lowering his season-long ERA to 3.26. Leeper was 95-97 in this one, about as high as I’ve seen from him this year, bouncing back successfully following an outing where he allowed two home runs. I’ll be really curious if the Cubs call up Leeper in 2022, as he might just be Iowa’s most talented reliever, but he’s also someone who isn’t Rule 5 eligible this offseason. Given the 40-man roster crunch the Cubs will face with those types of players in November, I wonder if the Cubs will look for reasons to not call Leeper up in 2022, but instead bring him to Spring Training in 2023 as a non-roster invitee with a good chance of breaking camp in the Majors.

I suspect Made is going to be a popular pick by national outlets this offseason to be a 2023 breakout guy, particularly if you see games like yesterday as evidence that more power is coming. The skill development over the last year is pretty staggering; Made is making moves in the three categories that I would have highlighted as being important to his future:

Roederer reached in all four plate appearances yesterday, with his second inning two-run single providing the runs necessary for a Smokies win. It was easily Roederer’s best game since joining Double-A; I believe it was his first game reaching base in every plate appearance since a five-hit monster night in June 2019. A successful 2022 season for Roederer is just about staying healthy and getting the reps; I’m not looking to meaningfully evaluate him as a prospect again until the second half. Given the sheer number of injuries the farm system has dealt with this year, it’s so great to see a player looking so good on the comeback trail.