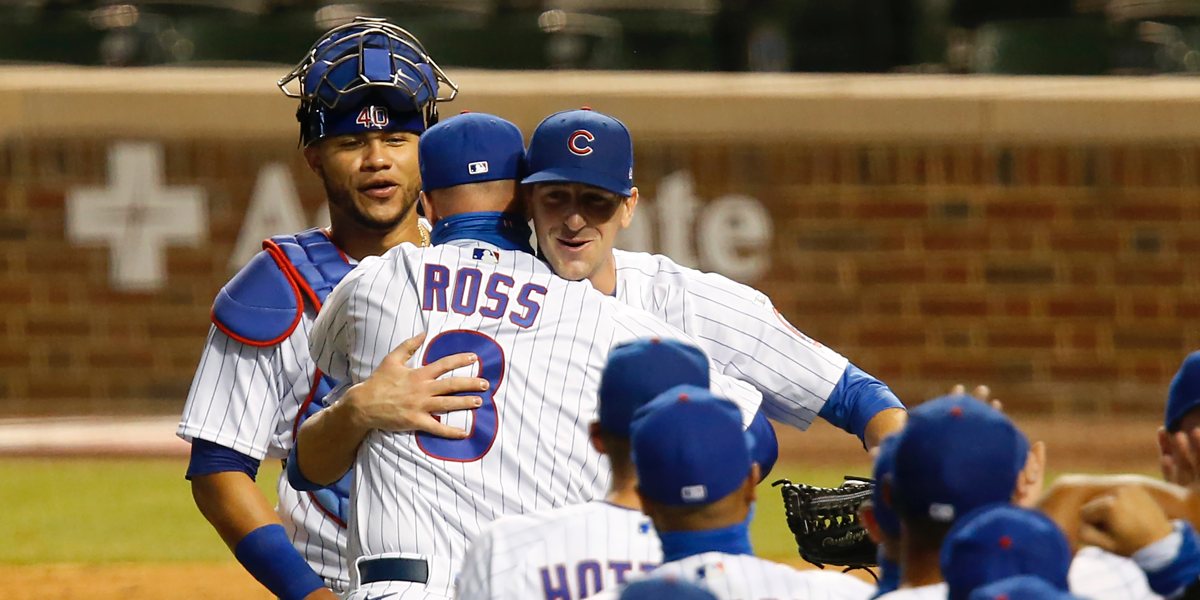 Kyle Hendricks did not have great command in the first and fifth innings yesterday, and it bit him, as it pretty much always does these days for a guy who never had much margin for error with his velo/stuff combination. There were moments when he looked solid – normal for a Hendricks we remember – but there were other moments when things weren’t quite perfect enough for success to follow.

It’s hard to see this trend, because I think we all appreciate so much what Hendricks has been. We know how good he’s been, even if he never got the national attention he should have. I wouldn’t count out a bounce-back from here, but it’s also possible that this is a new phase that Hendricks, 32, is settling into: some solid starts interspersed with real blow-ups when the command isn’t right. It’s also possible that we’ll see some reinvention from him this and/or next year, but it’s a little harder for command/control guys to reinvent themselves in their mid-30s.

Mostly, you’re just hoping he can stabilize his performance enough through the rest of the season that the Cubs can enter into the offseason reasonably believing he will be a capable 4th/5th starter for them next year. That can help shape the offseason decision-making, and the allocation of resources (for example, the Cubs could be more aggressive in spending at the front of the rotation if they know they aren’t also going to have to back-fill with depth).

To that point, and circling back to this past Braves series, there was a noticeable contrast between where Hendricks is right now, and where the two pitchers are who preceded him in the rotation. Bringing those two points together, Hendricks knows his veteran place (Cubs.com):

“We’re still going out there and competing, giving it everything,” Hendricks said after a 6-0 loss to the Braves on Sunday at Wrigley Field. “The focus is with these young guys. We just want to keep that winning environment, even if things don’t go our way day in and day out.”

For Hendricks right now, that means showing the younger, developing rotation arms how to handle the most inconsistent season to date of his decorated career ….

“Those things still stand true and I see him passing those things down and having those conversations in the food room with a lot of our young guys.”

You don’t want to forget about the value someone like Hendricks can add as part of the pitching development infrastructure. No, it isn’t explicitly his role, and no, you wouldn’t lock down a rotation spot solely for veteran leadership. But when much of the pitching upon which the Cubs will increasingly rely is unestablished, it’s a really nice thing to have a veteran starting pitcher around who can be another voice in the room. You never know how the right conversation or pitch grip demonstration or routine observation could wind up making an impact on a young pitcher.

Speaking of those younger arms, it was certainly great to see Keegan Thompson and Justin Steele throw back-to-back successful outings this weekend, with each performance reminding us what development can look like. Sometimes it’s being given the opportunity to pitch through a rough 5th inning on a day when you aren’t at your best (Steele), and sometimes it’s learning how to bounce back from a rough stretch of outings and recalibrate your plan of attack (Thompson).

To that point, Sahadev Sharma wrote about the relationship between the big league experiences for those two pitchers and the best use of the runway being afforded their development in 2022:

Among Sharma’s reminders about the process of developing young starting pitchers:

This is the roller-coaster ride one has to get accustomed to when watching young players try to find their way in the big leagues. It’s very easy to look at these young starters the Cubs are sending to the mound and write them off after every poor outing. But baseball is littered with pitchers who took time to find their best selves. Friday’s starter for Atlanta, Charlie Morton, didn’t have a 3 WAR season (according to FanGraphs) until his age-33 season and then doubled that mark at 35. After a few solid years, Joe Musgrove, who worked seven strong innings against the Cubs on Thursday, is breaking out as a star for the Padres at 29.

Yankees lefty Jordan Montgomery has finally found consistency in his sixth season in the big leagues. His teammate, Nestor Cortes, is now on his third stint with the Yankees and looks primed to be the AL All-Star starter. A glance at MLB’s ERA leaders shows a litany of names that give a good representation of how bumpy the road to success can be: Martín Pérez, Paul Blackburn, Jameson Taillon, Kevin Gausman, Corbin Burnes and on and on.

Some were top prospects who struggled to find their footing early in their careers, only to blossom later than expected. Others were never really on anyone’s radar and made tweaks to their pitch mix or delivery and suddenly are thriving. Finding success can take time, and development takes so many forms.

None of that is to say Steele and Thompson will definitely develop into consistent starting pitchers at the big league level, much less star-level pitchers. But it is a good reminder that the route for developing these pitchers is often uneven, and requires a whole lot of varying inputs and experiences. (And, to tie things back together at a superficial level: who knows what role a guy like Kyle Hendricks is playing in that process right now.)

For even more on this topic, you can listen to the podcast Sahadev and I recorded earlier today: