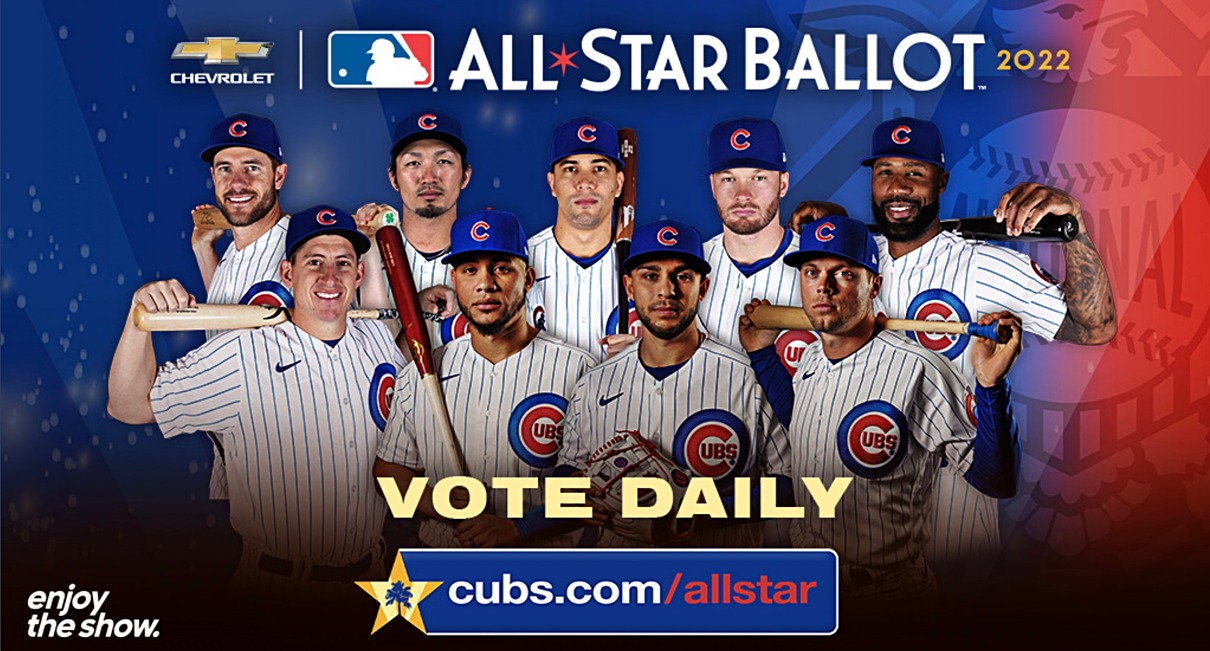 The first All-Star voting update is out today, and at least one Chicago Cubs player is getting attention.

As he should be, Willson Contreras is miles out in front of the catcher voting. Contreras has arguably been the best catcher in baseball this year, and he deserves a starting nod. On the season, Contreras is hitting .279/.393/.524/157 wRC+, which is the 12th highest in baseball.

Otherwise, the Cubs are getting no love in the voting. Even Ian Happ, who has been one of the most valuable outfielders in the NL this year, is all the way down at 17, behind three Cardinals outfielders (Harrison Bader, Tyler O’Neill, and Dylan Carlson), all of whom have been thoroughly mediocre this year. Cubs fans aren’t getting out the vote in the same way Cardinals fans are, which I suppose is understandable.

Nico Hoerner and Patrick Wisdom are the only other Cubs who even show up in the voting, albeit rather far down.