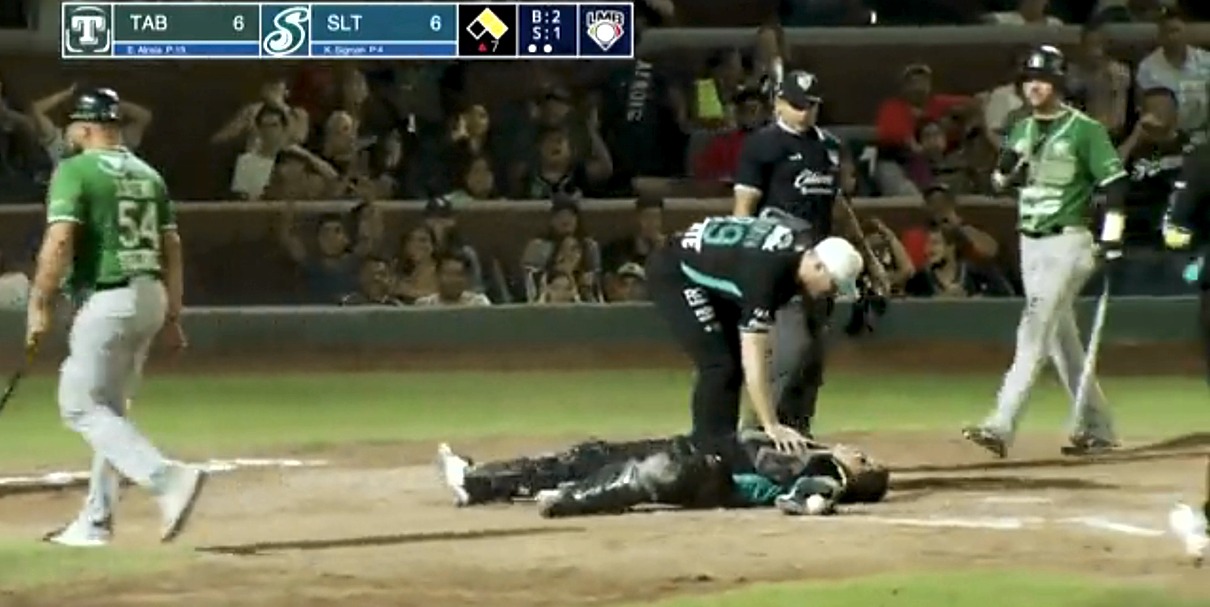 I know that some people hate the home-plate collision rule, which is designed to protect both catchers and runners from injury when there is a play at the plate. By rule in MLB, a catcher cannot block home plate without the ball. He must leave a lane for the runner to slide, unless he already has the ball, or unless the throw takes him into the lane. In those latter cases, the runner is not permitted to truck the catcher. Those days are long gone.

Former long-time MLB player Pablo Sandoval is playing in the Mexican League right now, and he demonstrated exactly why the home-plate collision rule exists in MLB:

I hate that play, primarily because the throw wasn’t quite there yet and it looked pretty clear that Sandoval COULD have slid and still been plenty safe. Instead, he went shoulder/forearm first right into the catcher’s head. Whether intentional or not, it looked unnecessary and obviously dangerous.

When there is no anti-trucking rule, though, this is the kind of thing that can happen. It’s not about being “soft” – it’s about just being sensible in your rules. You have to hope the catcher will be OK.