Nationals Would Reportedly Take a Prospect-Heavy Package for Juan Soto, Meaning a Trade is More Likely Skip to content 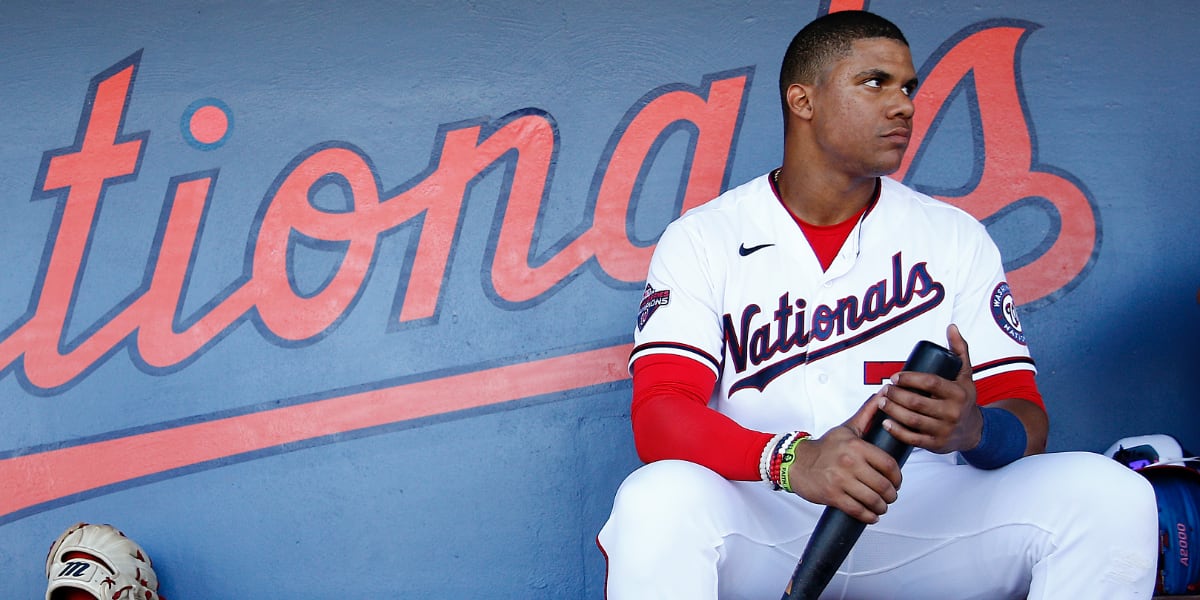 There is no “fair” trade package for a player like Juan Soto. A 23-year-old superstar who is among the best three bats in the game, Soto brings so much in a single player that it’s not really possible to say that “this group of players is going to be worth the same as Soto.”

But, since the Washington Nationals now seem intent on trading Soto, they’re going to have to do the best they can.

To that end, the expectation has been that the Nationals would seek, in addition to prospects, a package that includes impactful young big league talent. Makes sense, since that not only helps accelerate their return to prominence, but it also reduces the risk associated with taking only unestablished prospects.

Jon Heyman reports, however, that the Nationals actually may be just as interested in focusing on a prospect-laden trade, rather than big league talent:

Early word is the Nationals may be willing to accept a prospect-heavy package, especially if an acquiring team is willing to take on a “bad” contract, for 23-year-old wunderkind Juan Soto. The seeming interest in prospects over current pennant-race contributors is leading folks to believe Soto has a decent chance to be dealt now.

Yeah, I’d agree on that. If the Nationals are willing to take a more traditional “best prospect package available” deal, rather than a more challenging/rarer fit of big leaguers and prospects, they’re going to find many more aggressive suitors right now. That might be the point of this leak – the Nationals might now be committed, full-stop, to trading Soto in the next ten days.

That seems like bad news to me for the Cubs, if you’re of the mind that the only time they would plausibly pursue Soto is in the offseason. Personally, I’m rooting hard for no Soto trade before the Trade Deadline.

Even if the Cubs were to become seriously involved right now, and I still think – right or wrong – that’s just very unlikely to happen if there’s a trade before this deadline, there are still some clubs with the ability to craft a package with more impact at the top. But I suppose it’s worth saying out loud that if the Nationals truly were open to a pure prospect package in a Juan Soto trade, then it’s not as if the Cubs couldn’t put together a group that made for a compelling offer. They do have enough volume of very good prospects, especially if the Nationals are placing so much value on having a team take on a bad contract. Heck, you could argue that *IF THE CUBS WERE WILLING TO BE INVOLVED RIGHT NOW* then this is great news, since their ability to put together a good package for Soto – in a way that keeps the big league roster in a place to maximize the value of having Soto in the first place – would be heavily predicated on prospects in the first place.

As far as the Cubs are concerned, that part is mostly academic. I do not see them outbidding a 2022 contender for the 2.5 years left of control on Juan Soto right now. But it is nevertheless notable, if true, that the Nationals would accept a big prospect package rather than insisting on young, MLB talent, because that will definitely open the door much more widely for a trade to happen successfully in the middle of the season.

That’s where this news could wind up mattering to the Cubs, if you were hoping for that teeny, tiny chance that they would take a run at Soto in the offseason.