Another wow. What is going on right now.

The Josh Hader rumors have been a thing for years now, with the Milwaukee Brewers, at some point, purportedly unable or unwilling to pay him his arbitration salary. But they have always kept him, and he’s always continued to be key to their success.

I’ll admit it: when the Hader stuff started circulating again this trade season, I mostly ignored it. I just felt pretty burned by it over the years, and it seemed to make even less sense now, what with the Brewers in prime playoff position.

You don’t need me to tell you about the potentially significant ramifications here, both for the NL Central and for the Cubs’ trade talks with the Padres. I don’t quite know how this will impact things, at least not until we see what the return is, and how this plays out.

Hader, 28, is making $11 million this year and has one more year of team control, when he’ll be pretty pricey in arbitration. That’s why the Brewers are doing this. But given how studly Hader can be, and how much the Padres needed an impact reliever, they might be paying handsomely for this. And I hate the idea of the Brewers loading back up.

As I type, the return drops:

UPDATE: OK, the quick thoughts here – I actually don’t think that return is all that significant. Rogers is the closer the Padres decided was busted out, forcing them to get Hader in the first place. Lamet is a nice wild card lottery ticket, but he’ll take some work. Ruiz and Gasser are the main pieces of the return – at the back end of the Padres’ top ten, according to BA. Ruiz, 23, is a speedy outfielder who seemed to break out this year at Double-A and Triple-A (primarily on the basis of speed and contact), and Gasser, 23, is pitching well at High-A, and has back-of-the-rotation upside.

In other words, the Brewers got some nice pieces, but nowhere near what they could have gotten for Hader last year or the year before.

Meanwhile, the Padres still have all their top trade chips. Likely still hoping for Juan Soto, but if not, maybe they still look at the big trade with the Cubs. Any chance they’re even more eager right now to unload some salary, having added almost $5 million from Hader? 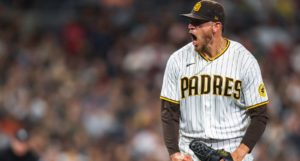 Shohei Ohtani Back Off the Market, and Pessimism About a Juan Soto Trade?

WHAT?! The Cubs Are Trading Scott Effross to the Yankees (UPDATES) 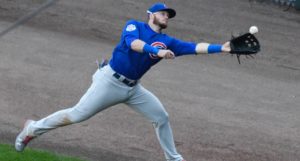