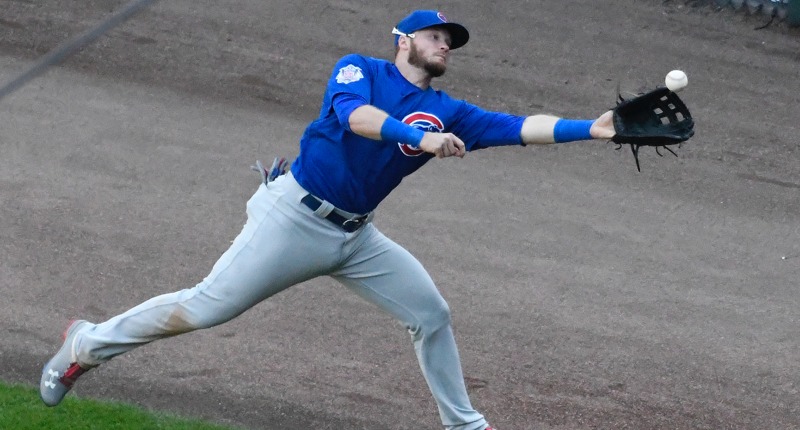 Things have gone a little quiet on the Ian Happ front after he was all the buzz last week. Remember all that “everyone wants him,” and the Cubs are “likely to trade him” stuff? Since then, we’ve seen a handful of teams connected to Happ, but nothing really notable on the rumor front.

One of those teams that had been connected to Happ was the Toronto Blue Jays. I wouldn’t go so far as to say it was a full-on odd fit, but it did seem unusual that their desire for a lefty outfield bat would bring them to one of the priciest switch-hitting outfielders on the market, especially when they have an outfield full of exceptional righty bats.

Which is to say, this from Ken Rosenthal feels more “legit” rather than mere “posturing”:

For all the talk about the Blue Jays needing a left-handed hitter, they entered Sunday ranked second in the majors in OPS vs. right-handed pitching and third in runs per game. They do not appear strongly in the mix for Soto. They might not add a left-handed bat at all, focusing instead on relievers with swing-and-miss stuff.

The addition of any meaningful left-handed hitter likely would require the Jays to trade a right-handed bat, a complicated two-step process that likely would be difficult to pull off. The Jays also are mindful of disrupting their chemistry. Their right-handed hitting corner outfielders, Teoscar Hernández and Lourdes Gurriel Jr., are among the most popular players in their clubhouse.

That kinda reads like a direct response to the Happ rumors, even without saying his name. In this case, I kinda buy it.

Yes, the Blue Jays could figure out a way to coordinate Happ starts with their very strong right-handed outfield, and periodic DH usage when Vlad Guerrero Jr plays first base (which has been most games lately). But it feels a little luxurious to add Happ AND his extra year of control when this does not strike me as a clear need for the Blue Jays.

Hey, maybe the Cubs could instead try to send the Blue Jays a reliever so they can get pitching prospect Nick Frasso …