The San Diego Padres and their new players were the story of the day on Thursday, and they had no problem living up to the hype.

Before the Padres took on the Colorado Rockies on Wednesday night, Juan Soto and Josh Bell spoke with the San Diego media, and Juan Soto was asked what he thought of the complete lineup with the Padres, to which Soto said with a laugh: “It’s gonna be really exciting it’s gonna be tough to go through. I wish good luck to the other pitchers.”

After a Jurickson Profar fly out to third base, the Padres next five reached base and scored in the home half of the first inning. Juan Soto stepped into the box to a loud standing ovation and promptly took a signature four-pitch walk after saluting the home faithful. Manny Machado moved Soto to third base on a double to center field, and then Josh Bell walked to load the bases.

Jake Cronenworth was hit by a pitch by Rockies starter Chad Kuhl who was visibly rattled trying to get through the meat of that lineup, driving in Soto to make it 1-0 San Diego. Then came Brandon Drury, who introduced himself to the Slam Diego fans with what else other than … a grand slam!

Drury put the Padres up 5-0 in the first with his 21st homer of the season and his first with the Padres, and he also made a little bit of history while he was at it.

The Padres plated nine runs on the night and flexed their new muscles, Blake Snell tossed six innings of one-run ball, and San Diego won their 61st game of the season. The 2-6 spots in San Diego’s order (Soto, Machado, Bell, Cronenworth, and Drury) went a combined 7-15 with 2 HRs, 1 2B, 8 RBI, 8 R, and 4 BB.

Just wait until Fernando Tatis Jr. is back in that lineup; the length of it will be ridiculous. The Padres are 11.5 behind the Dodgers this morning, and they might not catch them in the NL West with only 55 games left on the schedule (although never say never, 33 of those games are against sub-.500 teams), but they’re going to give them a run for their money.

Before we move on from the Padres, just listen to the crowd here at Petco Park as they welcome the newest superstar to town:

Owners worried about taking a swing on a generational talent in the trade market or on free agency, look at how packed that crowd is and listen to how loud it is; that’s all you need to know.

The Seattle Mariners jumped all over Gerrit Cole early Wednesday at Yankee Stadium. After Adam Frazier walked and Jesse Winker singled, Eugenio Suárez hit a three-run home run to make it 3-0 M’s in the top of the first, but they weren’t done there. The next at-bat, Carlos Santana took Cole deep to make it 4-0 Seattle. A J.P. Crawford single set up a two-run bomb by Jarred Kelenic to make it an even six-pack of runs for the M’s in the opening frame.

Even without Julio Rodríguez and Ty France in the lineup, the Mariners’ offense did the heavy lifting they needed to against one of the best starters in baseball and locked up a series victory over the Yankees in The Bronx.

They also got some help from the new guy, Luis Castillo, who was good in his Mariners debut. Castillo allowed three runs on five hits while striking out eight in six and two-thirds innings against the Yankees.

The M’s head back to Seattle for a four-game weekend series with the Angels, and they currently own the easiest remaining schedule, with their remaining opponents owning a .454 winning percentage.

Seattle’s quest to snap its 21-year playoff drought is looking promising with a soft schedule down the stretch and a spot in the AL Wild Card mix the way things stand right now.

Tonight’s Cubs-Cardinals Game Has Been Postponed 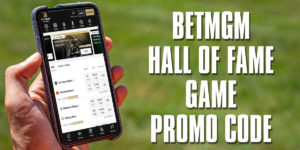