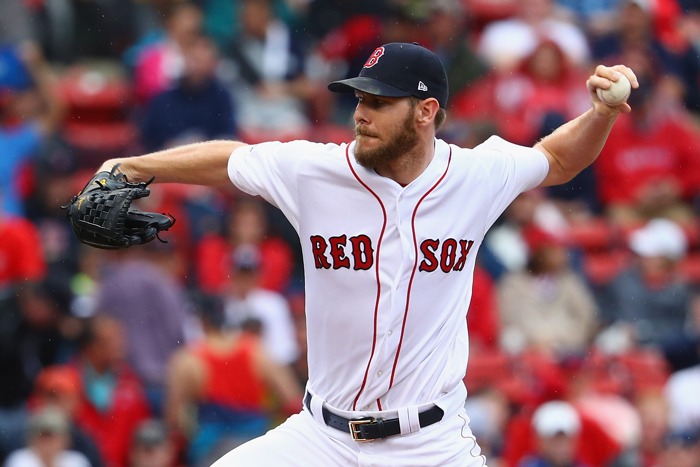 The Boston Red Sox announced this morning that Chris Sale will miss the remainder of the season after undergoing surgery to repair a broken wrist this weekend. According to the team’s press release, Sale suffered the injury during a bicycle accident on Saturday.

Sale has been sidelined since July 17, when he left just his second start of the season against the Yankees after taking a comebacker off his pitching hand, leaving the game with what appeared to surely be a broken finger as a result.

The recent injury history of the southpaw has been nothing short of absurd and unlucky.

Chris Sale has made just 11 starts for the Red Sox over the past three seasons and hasn’t reached the 200 innings mark since his first season with the Red Sox in 2017. Prior to the past three years, Sale was a dependable option on the mound throughout his career.

The 33-year-old left-hander tossed 170 or more innings (three times crossing the 200-inning mark) in all five seasons that he was a starter with the Chicago White Sox and his 200-inning season in 2017 with Boston was the fourth in six seasons as a starter for Sale.

The Red Sox believe that Sale will be ready for Spring Training 2023 after a successful procedure on his broken wrist was performed on Sunday. Here’s to hoping that Sale can get past these injuries and have a healthy 2023 season.