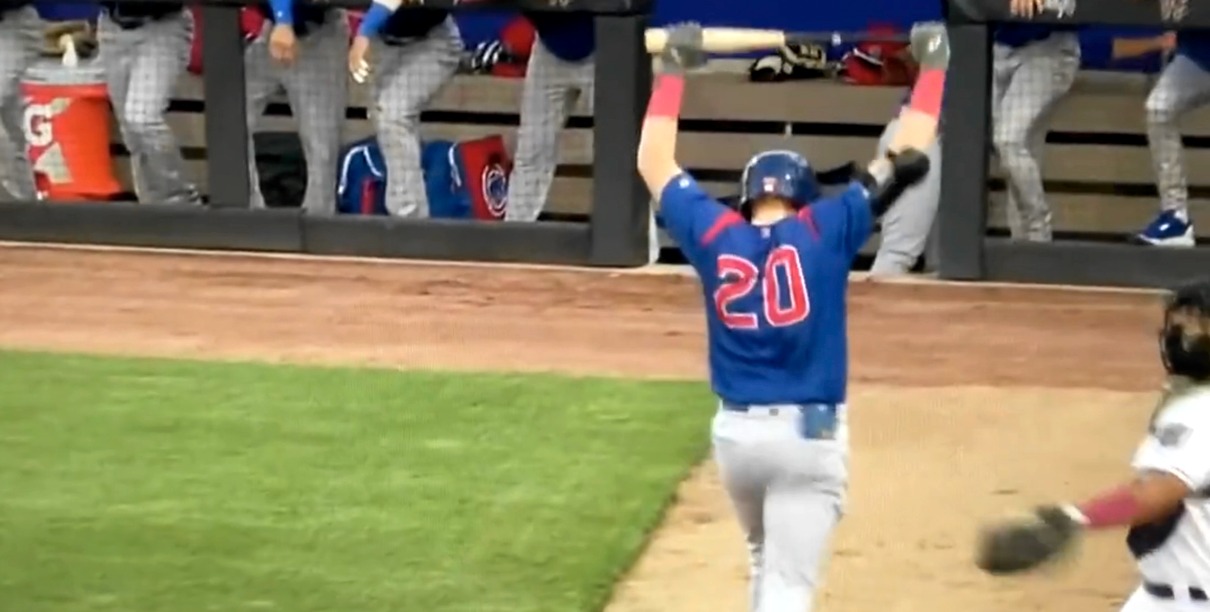 Just something to wake you up today, with big Cubs prospect Owen Caissie taking out a little frustration on his bat.

Caissie, who had a few strikeouts last night for the South Bend Cubs, had enough at one point, and snapped his bat over his knee:

It happens to the best of us. Well, those of us who use bats, anyway. Mine is usually a remote control.

That is to say, I get the instinct, and at least the bat broke for Caissie. If you try that and fail to pull it off … ooh, buddy, that’s gonna be a monster bruise. Maybe keep that a rarity.

It instantly reminded me of this one of Bo Jackson’s bat-breaking moments:

Of course, Cubs fans might also remember that Carlos Zambrano was known for breaking bats over his knee, something that got him a warning from manager Mike Quade in 2011.

“I told him next time you’re frustrated, come up and whack me upside the head with the bat,” Quade said at the time, per ESPN. “We can survive if I’m injured, but we don’t need him hurting himself. Everybody focuses on Z, but players snap and players do stuff that irritate you and only because of the possibility of injury.”