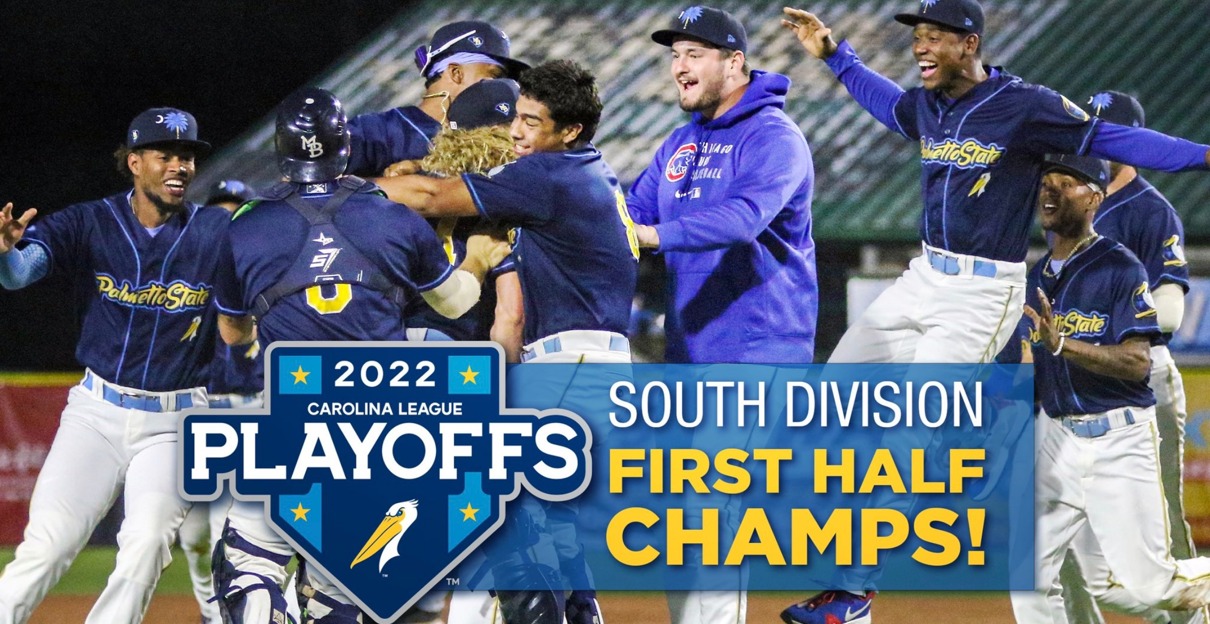 The Cubs off-day turned the focus to the minor leagues, but unfortunately, it was just one of those nights: both Cubs minor league playoff teams lost. A four-run ninth inning rally for Low-A Myrtle Beach still saw them fall four runs short, while South Bend’s bullpen couldn’t hold onto a lead with the West Division title in reach.

For Myrtle Beach, this means the end of the road following a fantastic 2022 season. Legendary manager Buddy Bailey helmed a team with a young, exciting offensive core, combined with a pitching staff that completely turned over during the season (mostly thanks to promotions). I can’t imagine they lost many games this year when they homered thrice.

First, recent 15th round pick Haydn McGeary (who I wrote about in my last notebook) hit a true line drive home run. He reached base in every game in September, and is going to be a really interesting prospect to think about this offseason.

Greg is kidding about the exit velocity here, but, well, watch and you’ll see why he joked:

Then we had a back-to-back combination from Moises Ballesteros and Josue Huma. I love how effortless this looks from Ballesteros, especially when you remember this is a pitcher’s park and he’s just eighteen years old:

Starter Didier Vargas, someone we haven’t talked about much this season despite a pretty successful midseason switch from reliever to starter, had an up and down start. Vargas struck out five of the first seven batters he faced, showcasing the plus curveball that’s his go-to offering, but sandwiched a two-run homer in between those. The wheels fell off in the fourth, when a Huma error with two outs opened the door for a one-run inning to turn into a five-run inning.

Moving to the Midwest League, where the South Bend Cubs dropped Game Two by a 5-3 final, with poor control by the Cubs pitching staff coming to bite them.

Starter Porter Hodge, who would probably finish second on my personal Cubs minor league Pitcher of the Year ballot (behind Luis Devers), really battled in this one. Hodge just didn’t have his usual feel of his breaking balls, a plus slider and above-average curveball, leaving him to attack as best he could with a 92-96 mph fastball. He would get through four innings allowing just two runs, but it took him 80 pitches to do it, as he walked three and hit one.

… but the game fell apart in the bottom half of that inning. Adam Laskey allowed a double to first-round pick Brooks Lee and then walked two more, turning the game to Joe Nahas with the bases loaded and two outs. Unfortunately, all three of those baserunners would score, with Nahas walking the first on four pitches, plunking the second batter, and then committing a balk. Nahas recovered to record seven total outs, but the damage was done.

The SB Cubs will hand the ball to flamethrower Daniel Palencia in a decisive game three on Friday; I’m also expecting Luke Little to be a piggyback option when Palencia is finished. I’ll pick South Bend, with Owen Caissie as my pick to click in that series finale.

Elsewhere in the system, I’d be remiss if I didn’t mention that Cole Roederer homered AGAIN for Tennessee:

While he has not been able to buy a hit on a ball-in-play since returning from injury on August 1, Roederer has also homered eight times in 82 plate appearances. He’s slashed the ground ball rate this year, elevating to all fields, with the process outpacing the results so far. I think this hot streak should help get him earmarked near-everyday duty back in Tennessee next year, and we’ll cross our fingers now that his recent power breakout continues.

The lone system victory on the night came from Iowa, with the outfield of Brennen Davis, Alexander Canario (back from injury), and Darius Hill combining on a 4-for-10, three RBI, four run evening.