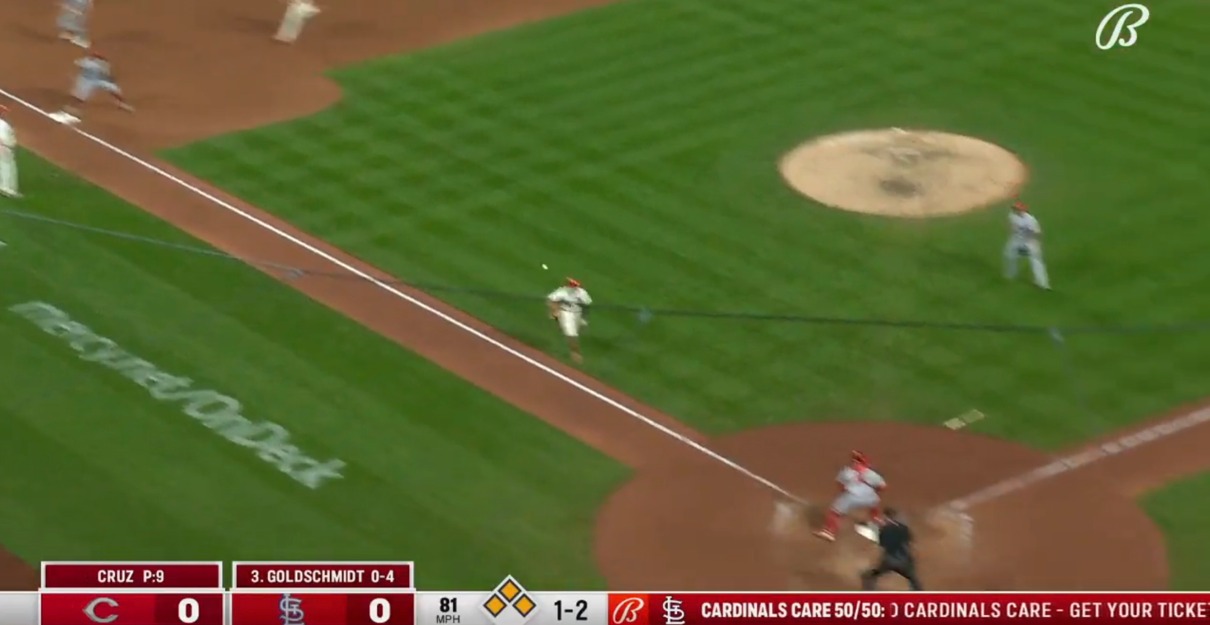 What a weird night for defenders plunking other players under bizarre circumstances.

The latest just happened in the Cardinals-Reds game, with the Cardinals loading the bases in the bottom of the 11th inning in a 0-0 tie.

Paul Goldschmidt pulled a grounder to third, and Spencer Steer made a nice play to snag it and then went for the out at home. Except the throw hit Andrew Knizer in the back and went flying:

Annoying though it may be, I think that’s the right no-call. The runner has three feet on either side of the baseline in that situation in which to run (unless he is SPECIFICALLY TRYING to interfere), and that looks like only a foot or two inside the baseline for Knizer.

So, basically, it’s just more Cardinals voodoo BS that gives them a walk-off win. Par for the course.