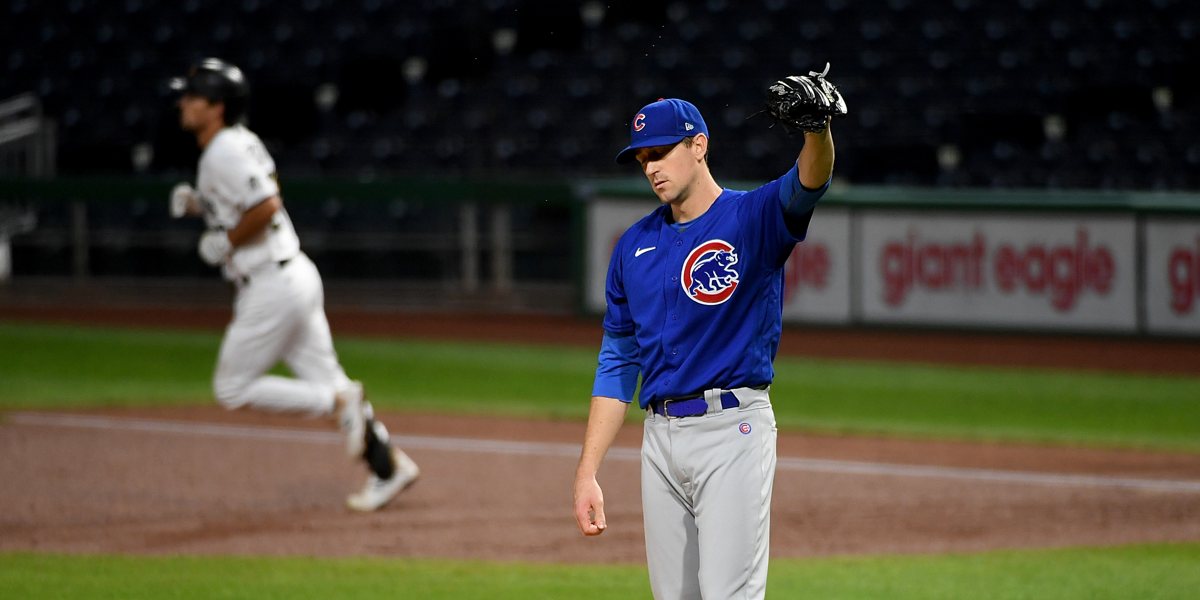 A handful of Chicago Cubs injury updates to discuss today …

Justin Steele (back) threw a successful bullpen this weekend, and the Cubs are still aiming to get him one more outing before the season ends (Sun-Times). No one is going to push anything, but pitching coach Tommy Hottovy suggested that Steele was starting to look like his usual self in that bullpen. If he’s truly totally healthy and his normal self, then, there’s really not any reason to not give him one more outing. I hope he gets there just so he can put that mental bow on a fantastic season.

As for Drew Smyly (shoulder), you may have noticed that he’s not in the rotation for this Phillies series, even though that was originally the targeted return. There’s nothing in the Sun-Times report to indicate a setback, and Hottovy seems to suggest Smyly could still make a start the following series.

Wade Miley (oblique) is still be evaluated, and it’s pretty TBD if he makes a final start this year.

We’ve seen that Nico Hoerner (triceps) was able to DH this weekend, so that’s nice to see. Whether he makes it back in the field or not really doesn’t seem to be much of an issue, given all that he’s proven this year.

Kyle Hendricks is working down in Arizona as he rehabs the capsular tear in his shoulder (remember that whole thing?), but he’s not yet throwing, per The Athletic. Here’s how Tommy Hottovy described the situation to The Athletic:

“There’s a lot of things with the delivery that he’s wanted to be able to work on and tweak, trying to get back to ’16, ’17 in terms of how he moved,” Hottovy said. “Unfortunately, during the season, you don’t have a lot of time to work on those things. This is kind of the time to be able to do that. Hopefully, by the time we start throwing, everything mechanical (and with his) lower half is ready to go ….”

“Right now, I do (feel like you can count on him), until he proves otherwise,” Hottovy said. “In his career, he’s had some really good stints of being an elite pitcher. He’s dealt with the shoulder stuff in the past, a little bit back in like ’19. It crept up this year. But other than that, he’s been relatively healthy for a good amount of his career. I’m confident in him getting some rest. I’m confident in him having a good, normal offseason to build up. So as of right now, we absolutely are believing in Kyle Hendricks to be a huge part of the team next year. Obviously, we’ll have to see how things develop over the offseason.”

I appreciate and understand Hottovy’s optimism and Hendricks’ track record, though I think it’s important to point out that the last two years have been really rough, and Hendricks will be 33 next year and coming off a shoulder injury. So I would disagree that you can definitely count on him as a member of the rotation for 2023. It could happen. It might not.

I think he can get into a place where Hendricks is healthy and throwing normally in Spring Training, and thus you slot him into the Opening Week rotation. I think that’s perfectly reasonable. But I also think the Cubs will have to be very deliberate in how they evaluate his performance in the early part of the season, especially because they’ll want to manage Hendricks’ innings potentially, and they may have a lot of quality depth behind him ready to go.