Remember When the Pirates Tried to Ruffle Jake Arrieta's Feathers and Failed and Punched a Cooler? Skip to content 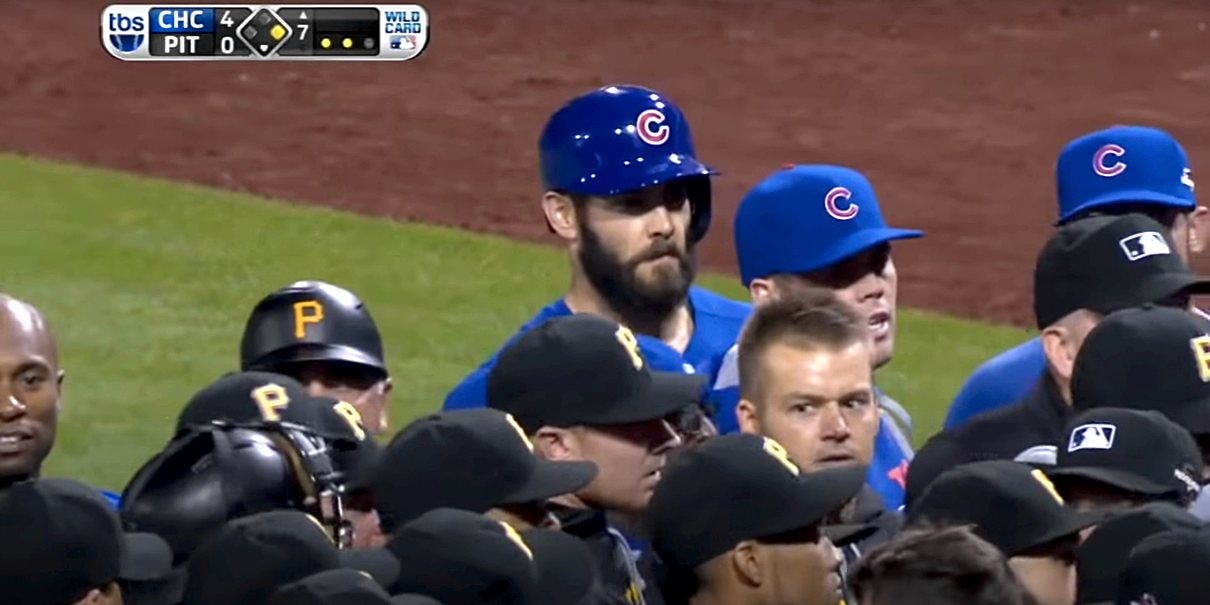 Among the memories that came flooding back today when thinking about the anniversary of the 2015 Wild Card Game, Jake Arrieta’s dominant performance has to be right up there. And while I don’t want to sleep on how huge the moment was, or how incredible it was that Arrieta went nine shutout innings after calling his own shot, there’s a part of that game that always comes back to me and makes me chuckle.

How intentional the pitch was is open to debate, though I’ll note that the Pirates of that era had a PARTICULAR reputation for that kind of behavior.

Of course, if it was intentional, it didn’t matter. Not only was Arrieta completely unfazed by the whole thing – see the video and the image above – but he then stole second base just as a badass eff you to the Pirates. Oh, and then he shoved for three more innings to complete the shutout.

The weirdest thing of all, of course, was the Sean Rodriguez freakout. It was never quite clear why he got more riled up than anyone else, but he was ejected, and famously took it out on the Gatorade cooler: