We Know Yadi Molina and Albert Pujols Are Done, But What About Adam Wainwright? Skip to content 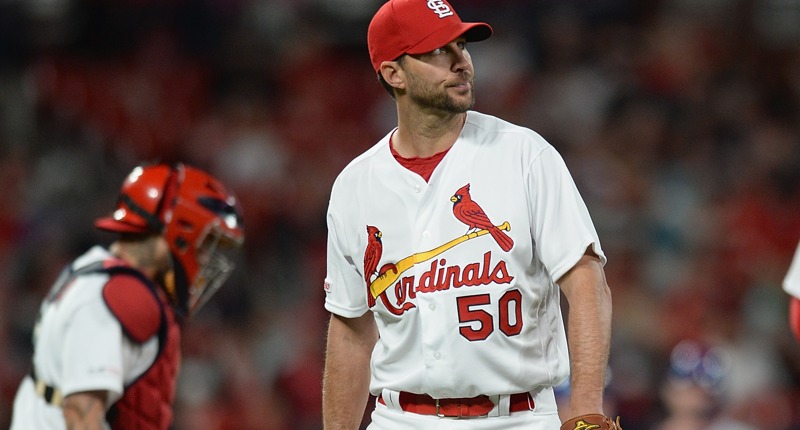 Although he was frequently included in the end-of-career-farewell-tour festivities with teammates Yadi Molina and Albert Pujols, it’s never been stated plainly that long-time Cardinals righty Adam Wainwright would also be retiring after the season. It was more “this is the last time they’ll be together.”

In fact, with Wainwright having put together another annoyingly solid season (3.71 ERA over 191.2 IP, 2.8 WAR), it seemed more than likely he would return to the Cardinals on another one-year deal for his age 41 season. But then, down the stretch, Wainwright really stunk (7.22 ERA over his final six starts, none of them Quality Starts), and it was fair to wonder if he was wearing down to the point that he would, in fact, hang ’em up.

Immediately after the Cardinals were eliminated from the playoffs by a valiant and heroic Phillies squad, Wainwright suggested to the St. Louis Post-Dispatch that he knew what he was going to do, but he wasn’t ready to say it publicly. Maybe he knew he was retiring and didn’t want to take the spotlight from the other guys. Maybe he knew he was returning and didn’t want to confirm it until a new deal was in place.

Whatever the case, we’re still waiting to see. I keep thinking that one of these years he’s going to fall way off and it’s going to burn the Cardinals for having brought him back and relied upon him, but that never seems to happen. So, yeah, I’d be fine if he decided to ride off into the sunset with the other two.

But in the meantime, Wainwright took to Twitter to explain those last six starts. Normally I’d just call this excuse-making, but since there’s data to back up the mechanical change, I’ll say this is actually probably legit. Especially for a guy of his age:

I actually find all that pretty interesting from a pure mechanics and film-study perspective. Even a longgggg-time veteran like Wainwright didn’t realize his stride was nearly a foot shorter than usual. And he didn’t realize that it was his mechanics causing problems, not a dead arm. That’s pretty wild for a guy like Wainwright, and a reminder that any time a guy is going through some kind of funky period, it *could* be injury, it *could* be mechanics, or it *could* be a combination of the two.

Had I to guess about that Twitter thread, by the way, I would think it points toward Wainwright wanting to return. Wanting to go out on a better note, knowing now that his arm wasn’t giving out on him.