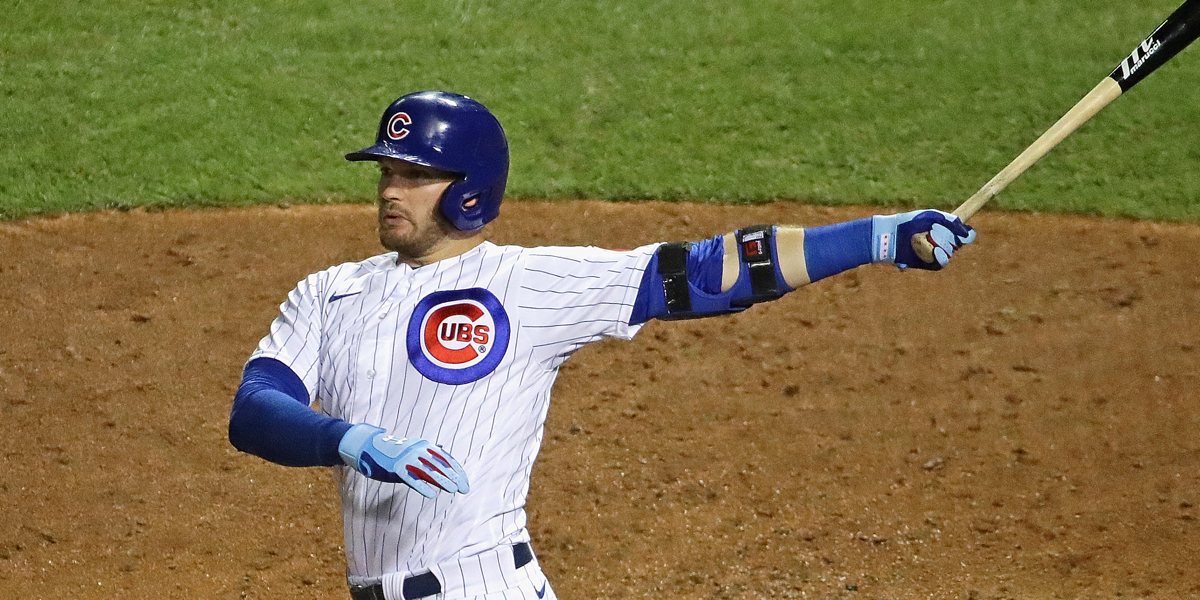 Ian Happ got some attention over the past week, with a look on how he transformed his game in 2022 over at The Athletic, and the profile treatment at MLB Trade Rumors, with praise for his dramatically improved contact rates, platoon splits, and defense in 2022. These are all things you already know from watching him this year, but I think it’s nice to see him getting some attention and praise. I thought you might enjoy the two pieces.

At The Athletic, Sahadev Sharma takes a deep dive on how Happ managed to find more offensive consistency in 2022. One big issue Happ was finally able to address? Swing and miss at the top of the strike zone. For years running close to 20%, Happ reduced that number to just 13.3% in 2022. That was a big part of his overall drop in strikeout rate from near 30% to 23.2%, or just about league average.

Happ’s 120 wRC+ on the year was not the best season he’s posted, but it was by far the most PAs he’s had in a season with that level of success. That speaks to the improved consistency in his offensive results over the full season, and helped drive the highest single-season WAR (3.5) of his career.

Speaking of his overall value, a particular section of The Athletic piece that jumped out at me was actually about Happ’s defense. With a set position, Happ could really attack the data and improve his routes in left field:

Ross stopped playing Happ in center for much of the second half in 2021, giving him just two starts at the position after the All-Star break. In the offseason and the spring, Happ dedicated himself to learning the nuances of the position. He looked at where the data said he could improve — route efficiency and burst — and worked to correct those issues. It led to him posting positive defensive numbers across the three main advanced metrics (Defensive Runs Saved, Outs Above Average and Ultimate Zone Rating) for only the second time in his career, the first in a full season. DRS had him as the sixth-rated outfielder, second among left fielders.

Happ always seemed like he was at his best in left field, but that was before he was really able to just focus on that spot. Maybe it shouldn’t be surprising that he was able to improve so much. I guess that’s part of the balance of wanting to preserve positional versatility for guys, but also wanting them to be the best defensive version of themselves. For Happ, clearly, a permanent move to left field was the right approach.

Happ, 28, is heading into his final year of arbitration, and it remains to be seen whether the Cubs discuss a long-term deal with him.

The MLBTR piece – it’s MLB Trade Rumors, after all – understandably gets into that transactional context. I don’t necessarily agree with all of this, but I think it’s important to see how a transaction-focused national publication views the situation:

A free agent at the end of the 2023 season, Happ’s future is uncertain. President of baseball operations Jed Hoyer told reporters this week the team has laid the groundwork for extension discussions with some key players this offseason, although there’s no indication a deal with Happ (or any other player) is close. The Cubs have doled out just two contract extensions in the past four years: one to Kyle Hendricks during Spring Training in 2019, and one to David Bote just a few days later. Furthermore, for an organization with top prospects such as Brennen Davis, Pete Crow-Armstrong, and Alexander Canario manning the outfield in the upper levels of the minors — not to mention Suzuki under contract to man right field through the 2026 season — an extension for a player who’s just shown his best position to be left field may not necessarily be prudent.

Given all this, it seems likely that Happ will be playing elsewhere sometime soon, whether that’s in time for Spring Training next year, after next year’s trade deadline, or after Happ tests free agency for the first time. One speculative fit would be with the crosstown White Sox, who have a collection of talented players but had one of the least productive outfield units in the majors in 2022. Furthermore, Happ’s switch-hitting capabilities would be an excellent change of pace for a club that relies on the righty bats of Eloy Jimenez, Luis Robert, AJ Pollock, and Andrew Vaughn when it comes to manning the outfield. The Red Sox, Marlins, Rangers and Giants are among other teams who missed the postseason this year and could stand to make improvements to their outfield going forward. As for teams that made it into the postseason, the Braves may look to improve upon their internal left field options of Eddie Rosario and Marcell Ozuna, while the Rays will need outfield help with the likes of David Peralta and Kevin Kiermaier likely hitting free agency this offseason.

I think at this point, with the Cubs clearly keen on competing in 2023, a Happ trade this offseason is very unlikely. You can’t say impossible, because maybe some team just offers up the perfect return that doesn’t hurt you for 2023 and also improves you for the future. But I tend to think, given that the young outfielders who MIGHT someday supplant Happ are not definitely ready just yet, and given that Happ offers a very good lefty power bat (switch-hitter, obviously) in a lineup that doesn’t currently have any others (yikes!), I would not bet on a trade.

As for it being likely that this is Happ’s last season with the Cubs, eh, I’m not convinced about that either. At least not 100% convinced.

Yes, the Cubs seemingly have a lot of outfielders on the way and left field is the “easiest” spot to find a productive outfielder. But the flip side is that Happ has already established himself as a quality bat, and it’s not inconceivable that there’s a little more upside from here. Guys like Pete Crow-Armstrong and Kevin Alcántara are still quite a ways away (and can play center field), Brennen Davis has injury questions now (and can play center field), and Alexander Canario has very little experience at the Triple-A level (and can play center field). Sometimes you want to hang onto a good and productive player for a little longer than you think you might need, because you can always sort out the rest later.

I don’t think you’d want to sign Happ to a monster extension in this situation, mind you, but who knows? Maybe he wants the certainty and the guarantee in Chicago, and it’s a shorter-term extension.

That is all to say, just like I wouldn’t entirely rule out an Ian Happ trade this offseason, I wouldn’t entirely rule out an extension, either. I think the former is more unlikely than the latter in any case, even if I think the most likely outcome here is that the Cubs simply enter 2023 with Happ in left field and then re-assess at the Trade Deadline.

(Please. Please don’t be in a position to sell again in July. Two years of goodbye tours and faux goodbye tours was enough for me for a little while.)

Drew Brees Might’ve Been *Struck By Lightning* While Doing a PointsBet Ad (UPDATE: He Was Not Struck and is OK)