David Stearns Is Reportedly OUT as Brewers President (Update: And the Rumors Start) Skip to content 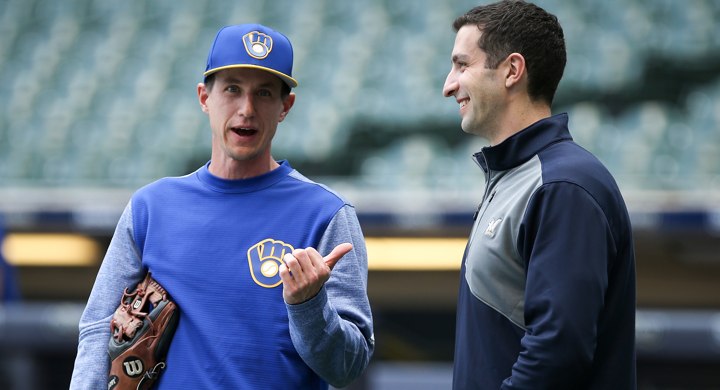 Some big news for the NL Central … and possibly the NL East(?) today, as Brewers President of Baseball Operations David Stearns is reportedly stepping down.

That’s big news for the Brewers and the NL Central for all the obvious reasons – Stearns is a well-respected baseball executive who’s routinely found ways to do more with less in Milwaukee. But it’s also potentially the start of a bigger set of moves.

In the near term, Stearns will move into an advisory roll, GM Matt Arnold will move up into the presidents gig, and the Brewers will need to find a new GM (hopefully none of the Cubs upper-level execs. find their way into that conversation, but I wouldn’t be surprised). But it’s hard not to connect this decision and timing to the Mets, who’ve been trying to lure Stearns to New York as their president (basically) since the day Theo Epstein told Steve Cohen “No.”

And frankly, if that is where he’s going, that’ll make the deep-pocketed Mets that much more of a challenge for everyone — remember the last time a small market GM (Andrew Friedman) took over a big-market, spend-freely club (the Dodgers)? That’s just a dangerous combo. Now that I think about it, the Red Sox (Chaim Bloom, Rays) did the same thing. Maybe that’s just the model right now. It makes sense – if you can do it there with less … everything, you should have no problem making it happen here.

We’ll see what comes next, and for now Stearns is still technically with the Brewers, but it sure seems like this is about something else.

Update II: And the rumors begin. I don’t think we have to overthink this one. It’s not like the Brewers kicked him out. He’s going somewhere else, the Mets job is open, Steve Cohen has demonstrated a willingness to win … maybe they ju$t wore him down?