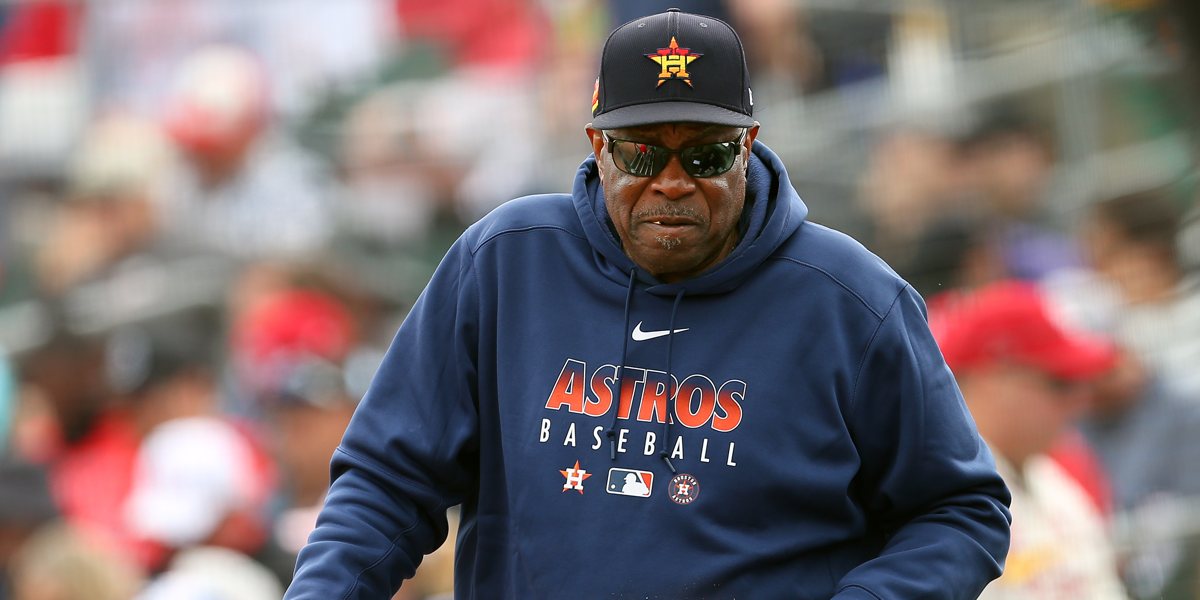 The Phillies thumped the Astros in Game Three of the World Series last night thanks to FIVE home runs, all hit off of Astros starter Lance McCullers Jr., who seemed to be tipping his pitches. Bryce Harper, Alec Bohm, Brandon Marsh, Kyle Schwarber, and Rhys Hoskins went deep, producing all seven of the Phillies’ runs on the night.

That led Mike Petriello to this tweet, which is actually making an EXCELLENT broader point about how impactful power can be:

Both teams went 0-3 with runners in scoring position in this one. Yet the Phillies won 7-0. Their power has been critical this postseason, and they’ve got it up and down the lineup.

Speaking of which, yes, five home runs in a single World Series game makes for a dubious record for McCullers:

The thing about that is folks on the outside could spot the differences in McCullers’ delivery on his slider and his fastball BEFORE he’d even given up homer number three. So how on earth he was permitted to stay in there to get knocked around is beyond me.

… actually, it’s not that beyond me, because we’ve seen Dusty Baker leave starting pitchers out to dry in a postseason game before. You would think it was a lesson he’d have learned literal decades ago, but last night he didn’t pull McCullers until he’d thrown 78 pitches, given up 7 runs, and was already in the 5th inning. That’s just now how you manage a game like that in the dang World Series, especially coming off TWO DAYS of rest for your bullpen!

Baker shrugged off any suggestion that McCullers was tipping, despite the video evidence that he was clearly showing a different delivery on his slider and his fastball. Baker said he was unaware of anything like that.

“Guys are always looking for something, always looking to see if they’re tipping their pitches,” Baker said, per MLB.com. “We didn’t see anything. Sometimes they just hit you; you know what I mean? Who knows, they might have been sitting on off-speed pitches, because that’s what they hit out of the ballpark.”

Sure, and if they know a quarter of a second earlier that an off-speed pitch is definitely coming, that would help, too, wouldn’t it? (Same for pitches that miss their spots, which is what McCullers and Martin Maldonado seemed to suggest was the issue – sometimes multiple things contribute to a dinger. Just because you pitched too often to a tendency or badly missed your spot doesn’t mean you weren’t ALSO tipping.)

Anyway, as for leaving McCullers in to face the Phillies a third time through the order despite the early home runs, Baker’s explanation was utterly perplexing: “You don’t want to go through your whole pitching staff. 4-0 in this ballpark is really nothing, the way the ball flies here.”

… if a 4-0 deficit is nothing, isn’t that EXACTLY when you want to use the rest of your pitching staff? What on earth kind of comment is that?

So instead, Baker leaves McCullers in to give up two more home runs in the fifth, and that’s that.

Bonus note on Nick Castellanos, who made yet another excellent catch to open the game:

So how is it that a guy who rates as one of the worst outfield defenders in baseball keeps showing up in the highlights with spectacular plays in the postseason? I tend to think it’s PROBABLY just a fluke, where we are paying closer attention and a few big plays really stand out to create a narrative.

But is it possible that Castellanos is just … focusing more? It sounds a bit like that’s what he’s saying:

Hey, I have to respect the honesty if nothing else. It’s a weird comment from a guy who also says he treats each game like it’s Opening Day, but I also don’t think it’s unreasonable to think that some guys simply DO get a little more honed in and laser-focused in the postseason. Every game matters, sure, but these ones do matter more. Whether that’s OK or not, I leave to you to debate.

The thumping gave the Phillies a 2-1 series lead ahead of Game Four, which is tonight at 7:03pm CT. Aaron Nola hosts Christian Javier.