Anthony Rizzo Has Opted Out of His Deal with the New York Yankees, and Is Now a Free Agent Skip to content 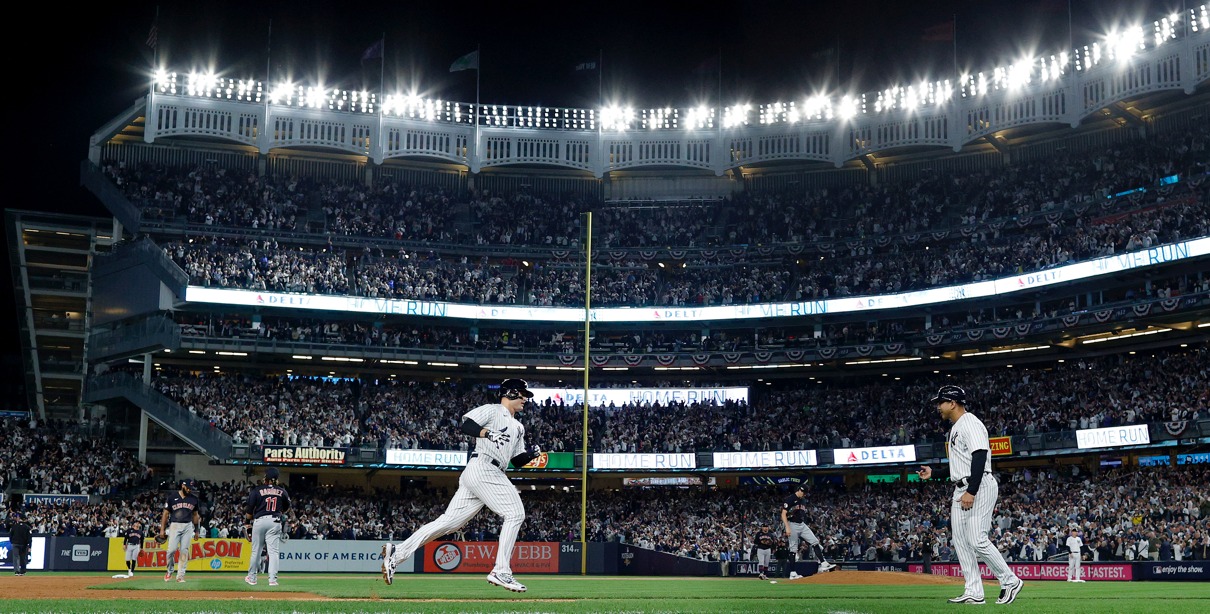 UPDATE: It’s official now. Anthony Rizzo has opted out of his deal with the New York Yankees, and is a free agent.

As discussed in the original post below, I’m not convinced that this means Rizzo will ACTUALLY hit the full-on open market come Thursday. I’m also not convinced, even if he did start talking to non-Yankee teams that one of them would be the Cubs.

When he last spoke about the opt-out in his contract with the New York Yankees, Anthony Rizzo had just been bounced from the postseason by the Houston Astros, so you can understand why he was reluctant to get into too much detail.

But since then, we’ve got a report from The Athletic that the opt-out is coming, even if the preference is to return to the Yankees. From Jim Bowden: “I’m hearing Rizzo will opt out of his contract with the Yankees but would like to return to the Bronx with a longer-term commitment.”

Both of those things are more or less as have already been speculated, though that has just been educated guesswork.

So Rizzo will opt out in the coming days (the decision is officially due within five days of the end of the World Series), and then the Yankees will have the opportunity to make Rizzo a $19.65 million qualifying offer. Since Rizzo’s contract price for next year is $16 million, he could basically get himself a raise by opting out and taking the qualifying offer, if nothing else.

From our previous discussion:

Speaking of which, it’ll be an interesting opt-out decision for Rizzo. He’s set to make $16 million in 2023 for his age 33 season, and just hit .224/.338/.480/132 wRC+ for the Yankees, where he’s clearly a great fit for that stadium. One year and $16 million sure feels light, though if he opts out, the Yankees can then make him a qualifying offer (one year and $19-ish million), at which point he becomes attached to draft pick compensation if he declines. Not ideal for him. Opting out seems highly likely at this point (well, maybe trying to negotiate an addition year or two before that), and then the qualifying offer seems equally likely. It’s possible Rizzo’s agent would urge him to accept, given how rough the market could be for him – fair or unfair – with draft pick compensation attached.

Oh, and for what it’s worth, no, I don’t see an obvious reunion opportunity there with the Cubs. I think the Cubs do need left-handed power, and they obviously have a huge opening there at first base. But I also think the Cubs are going to want to allocate their resources in spots other than first base, and I also wonder if it’s just too recent for each side to really try to come back together on a new deal. Also, I would think a short-term deal at first base makes the most sense for the Cubs, who probably want to at least leave open the POSSIBILITY that Matt Mervis grabs the job and runs with it. If Rizzo is opting out and declining a qualifying offer, he will not be looking for a one-year deal. Gut says he’s going to wind up sticking with the Yankees, either on the qualifying offer, or on a new two or three-year deal.

It just feels like a good fit for both sides – the Yankees and Rizzo – to stick together, though it would certainly be interesting to follow a Rizzo free agency. The draft pick compensation, I would think, would sting his market a good bit, though. That, together with his great performance in New York, is why I would still very much bet on a reunion eventually.

As for a reunion with the Cubs, I still think it’s very unlikely. There is some superficial merit, I will acknowledge There’s the obvious past connection. The Cubs have a dire need for left-handed power. There is a wide open spot at first base.

However, I just wonder if the Cubs would prefer someone like Jose Abreu. We’ve seen those rumors, and in the case of Abreu, it’s a whole lot less thorny to make changes if, say, Matt Mervis is raking and starts eating into Abreu’s starts at first (especially if Abreu is on a short-term deal). If the Cubs were to re-sign Rizzo – on a multi-year deal, mind you – then he’s locking down first base, full stop. That’s just what that relationship would be. I’m not saying that is a BAD thing; I’m saying only that the Cubs may want more flexibility.

And that’s to say nothing of whether Rizzo, himself, would even want to return to the Cubs at this point, given how things played out. Even if the money were equal – and I don’t think the Cubs would go to the top of the market – Rizzo might simply prefer to be elsewhere. Like back with the Yankees, for example.