A Javy and Willson Reunion in Detroit? Skip to content 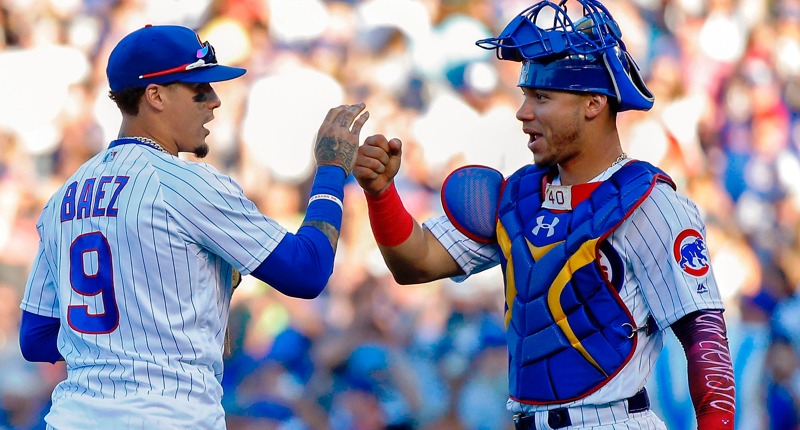 At this time last year, I’m not sure how many of us had the Detroit Tigers on the radar for free agent Javy Báez, but I do vaguely recall an expectation that, with their young players progressing, the Tigers might spend big. Certainly once the pre-lockout offseason got cooking, the Tigers became a clear suitor for a top shortstop, and when they couldn’t land Carlos Correa, they snagged Báez on a six-year, $140 million deal (with an opt out after 2023).

Things did not go well for Báez or the Tigers in 2022, which got their front office cleaned out, and that has left open a big question about how they plan to proceed for 2023. Continue being aggressive? Scrap this iteration of the rebuild and try again? Try to thread the needle?

If they go the route of trying to stay the course and compete in 2023, adding another big bat would certainly help. Maybe even an old friend of Javy’s:

Hey, if the Cubs aren’t going to bring back Willson Contreras, I’ll take him heading to the Tigers 10 times out of 10. Not only is that not the St. Louis Cardinals, and not only is it out of the National League, it’s the team that has Javy Báez. And who wouldn’t want to see those two teaming up again on throws to second base, eh?

Next up on Contreras, though, is the Qualifying Offer from the Cubs on Thursday. It’s a one-year, $19.65 million contract that Contreras will reject, at which point he’d become attached to draft pick compensation, which, unfortunately, is going to ding his market a little bit. There’s still a non-zero (but tiny) chance that he and the Cubs could talk about a new contract during the five days he has to consider the Qualifying Offer, but I do not expect it.

Thus, I instead expect to soon be rooting for the Tigers to sign Contreras.