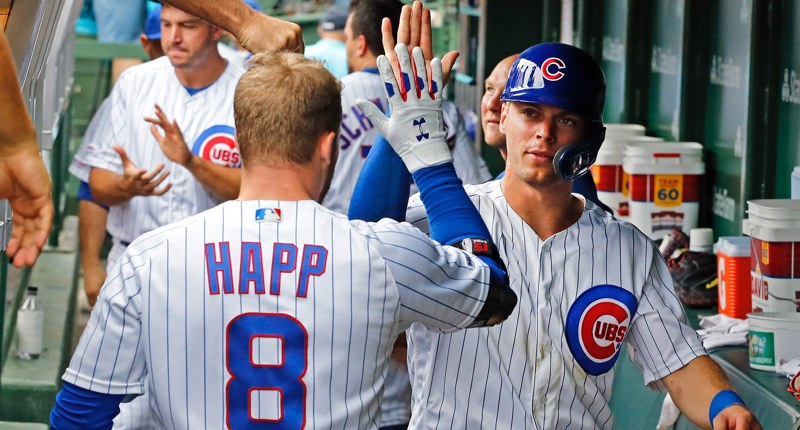 A modest update from Chicago Cubs President Jed Hoyer at the GM Meetings on the subject of extensions, which is suggestive of the fact we may not have another Spring Training of uncomfortable silence.

Speaking with Marquee and NBC Sports Chicago, among others, Hoyer indicated a preference for having extension talks earlier in the offseason, so as to avoid creeping up on Spring Training all together. Not a hard-and-fast organizational rule, but a preference.

I think – hope?- then that this means extension talks, if they are going to happen, will kick off soon. Maybe not “before free agents start signing” soon, but I would hope January at the latest (which is when you have to start exchanging arbitration figures anyway).

I’d love to see the Cubs get something in place with Nico Hoerner, and I think the case can be made for an Ian Happ extension, too. But I get curious about whether there are any under-the-radar, younger guys who might be interested in a deal that guarantees them a good payday in exchange for longer control. It’s what the Cubs did with David Bote, which was a big surprise at the time, and that didn’t necessarily work out for the team. But I bet Bote is happy he did it, and maybe some other players will give it some thought.

It’s just been such a long time since we really saw the Chicago Cubs doing much on the extension side. I get excited thinking about the possibilities. Hopefully Hoyer is able to stick to his preferred timeline, and maybe gets a deal or two done before February.