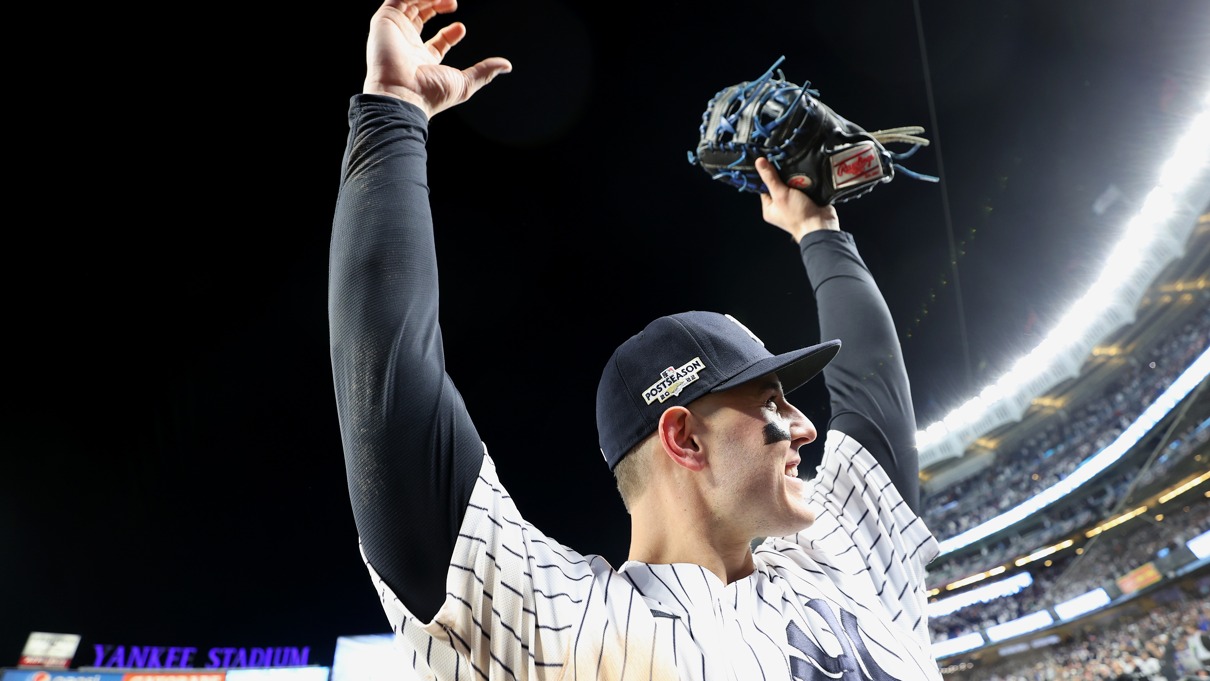 Well this is a bit of a surprising and specific rumor from Ken Rosenthal tonight: “The Astros have identified Anthony Rizzo as their No. 1 free-agent target at first base.”

Keep in mind, the timing of this rumor is probably not a coincidence. Rizzo has to decide on his one-year, $19.65 million Qualifying Offer from the Yankees by tomorrow. If it’s true that the Astros are all about him, then maybe he could confidently reject the QO, knowing that he’ll be able to land a quality multi-year deal from the Astros, even after being attached to draft pick compensation.

Then again, it’s also possible that Rizzo’s camp is engaged in extension negotiations with the Yankees as we speak, and thus they would have reason to surface the Astros’ interest for the public. I still think Rizzo and the Yankees getting back together on a two-year deal – maybe by tomorrow – makes the most sense.

Hey, maybe the World Champion Astros are just trying to troll the hated Yankees and increase the price and pressure a little bit. The way Rosenthal frames that part is that taking Rizzo helps the Astros and hurts the Yankees, which is true, though it could just be that they are turning the screws a bit, knowing full well that Rizzo and the Yankees will ultimately re-up.

That’s the second former(?) Cub who has been connected to the Astros of late, by the way. They also reportedly have interest in Willson Contreras. And just like Contreras, I don’t see a Cubs-Rizzo reunion happening in free agency.

Of extra interest to the Cubs here? According to Bruce Levine, Jose Abreu is their “priority” at first base, but Levine mentioned three other interested teams: the Red Sox, the Marlins, and … the Astros. So, in theory, if the Astros are actually pushing hardest for Rizzo, then maybe that helps the Cubs make their case to Abreu a bit. Indeed, Rosenthal mentions that the Astros are also “considering” Abreu and Yuli Gurriel, even though Rizzo is their preference.