Lukewarm Stove: Who's in on Senga? Contreras and the Astros, Longoria's List, What Do the D-Backs Want for One of Those Outfielders? More Skip to content 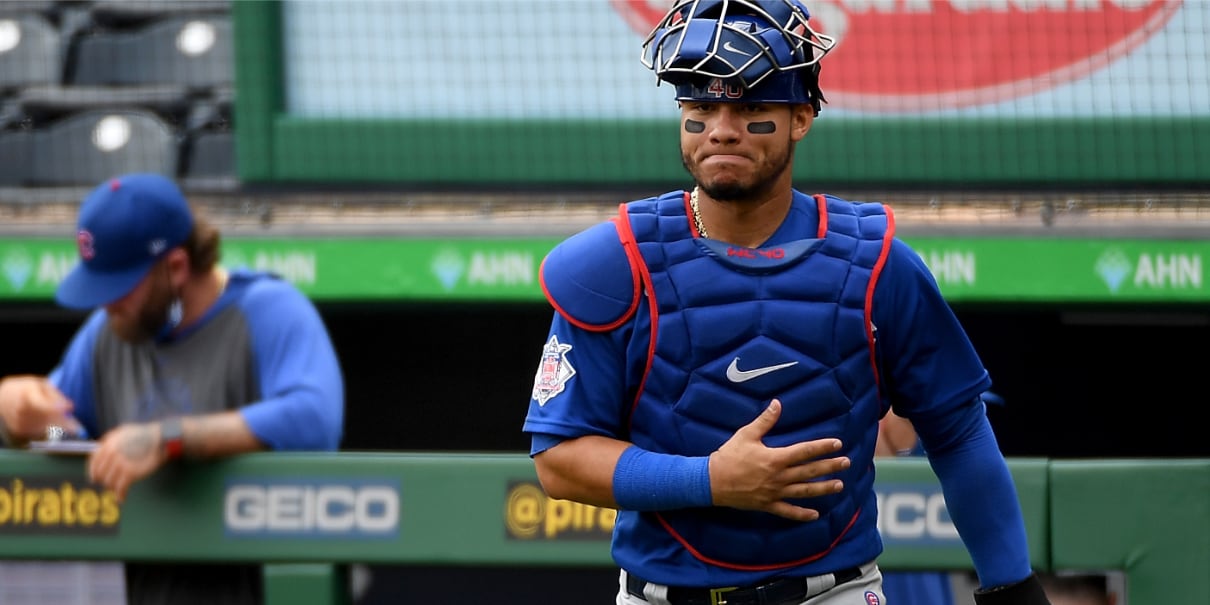 When it comes to signing players out of Asia, the rest of the country has a geographic disadvantage relative to the West Coast. That doesn’t mean every player out of Asia cares about the geography or makes it a decisive factor (Seiya Suzuki currently patrols right field for the Chicago Cubs), but it always feels like an uphill battle, with the Angels, Mariners, Padres, Dodgers, and Giants leading the charge (…if you let the A’s out-bid you for a free agent, it’s on you).

So I wasn’t particularly thrilled to learn this morning that the Giants are very much interested in signing free agent starter, and known-Cubs target, Kodai Senga:

The Giants not only have that possible geographic advantage, they also have a clear need and tons of money to spend.

Who Else is in on Senga?

While the Cubs and Giants have both been very publicly connected to Senga so far this offseason, neither team makes Jon Morosi’s list of five potentially interested parties:

Robert Murray has his own list of interested parties, and he does include the Cubs and Giants, alongside the Dodgers, Blue Jays, and Padres.

So, as expected, the West Coast teams are all over this market (Angels, Dodgers, Mariners, Giants, and Padres are all mentioned) and then there’s the field (Cubs, Blue Jays, Rangers). I still think the Cubs have a good shot here, but it’s not like you could say you are confident it will definitely happen.

Contreras and the Astros After all?

Earlier today, we discussed the possibility of the Cubs trading for a catcher this winter, including marquee names like A’s backstop Sean Murphy.

But that market could be held up, itself, by Willson Contreras, who’s the top available free agent catcher this winter.

So far, Contreras market has been slow to develop (well, as slow as a market can develop when you’re not even technically a free agent yet – so I suppose I mean clarity about his eventual market), with really only the Cardinals and Tigers loosely popping up as possibilities.

Add the Astros to those loose connections:

This is interesting, because at the deadline, then-Astros GM James Click wanted to trade for Willson Contreras, but Dusty Baker and owner Jim Crane did not. And now James Click is gone, so … what’s changed? Fair question, good instinct, but also, I think some stuff actually has changed:

So, yeah, I could actually see why there might be interest now when it wasn’t quite there at the deadline.

Also, with Contreras set to probably decline the Qualifying Offer tomorrow, more on his market could be coming.

Evan Longoria is officially a free agent. And although he’s 37 years old, he’s actually posted back-to-back quality offensive seasons in 2021 (122 wRC+) and 2022 (115 wRC+) with the Giants. In addition to his leadership skills and particular strength against left-handed pitching, Longoria should find some interest this offseason. However, he may be limiting his own market to just three destinations:

Longoria told reporters last month that if he did not return to the Giants, the only other places he was interested in playing were Arizona or Tampa, where he began his career. He said he has homes in both places.

The Diamondbacks, at least, are expected to reciprocate that interest, especially if they can figure out how to trade one of their left-handed hitting outfielders.

Oh, hey! The Cubs could use a left-handed hitting center fielder, and we’ve discussed the Diamondbacks options on more than one occasion. As it turns out, Diamondbacks GM Mike Hazen had some news to share on that front, including what he’s likely seeking in any such deal:

“(Clubs) were very aggressive on all of our left-handed hitters,” GM Mike Hazen said. “We have had half the league, at least, talk about our outfielders.

We’re just starting to get a handle on what type of offers we could make and what makes sense for us to help our major league team,” Hazen said. “I still maintain that we’re probably not going to make a deal for prospects. We might use prospects to make a deal, like finish a deal, but it’s not going to be our primary focus.”

So a lot of teams are interested (sure, maybe, whatever) and they’re seeking big league pieces in return (that part I can buy).

(Brett: Right-handed power, maybe? What about just directly swapping a young righty outfielder (Nelson Velazquez) for a lefty outfielder (and maybe one who can play center field)? Just thinking out loud.)