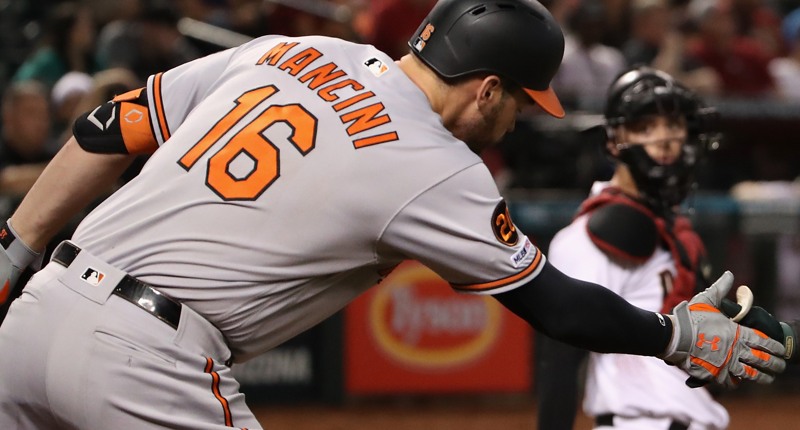 Before receiving and accepting a three-year, $58.5 million deal with the Astros, Jose Abreu had options. The Marlins were reportedly in the running, the Red Sox had him as their No. 1 target, and the Guardians also made him a three-year offer. Meanwhile, the Padres and Cubs were both known suitors.

That leaves at least five teams still looking for an upgrade at first-base, and that’s without including the Rays, Twins, and Giants (who are also reportedly open to a first base upgrade), with options dwindling.

The First Base Market

In free agency, there’s Josh Bell, Trey Mancini, Yuli Gurriel, Brandon Belt, and Luke Voit. Plus, Brewers first baseman Rowdy Tellez is often mentioned as an available trade target (though likely not to the Cubs). There’s also Cody Bellinger, who is a known Cubs target, as well, though probably more as a center fielder than a first baseman. But I guess that’s to be determined.

The Cubs, of course, have Matt Mervis waiting in the wings at Triple-A Iowa, and he’s undoubtedly going to be in the conversation next season. However, you definitely prefer NOT to rely solely on an unproven rookie if you actually hope to contend in 2023. He needs to be a pleasant surprise. A guy who has an opportunity to break out. Not Plan A.

And, heck, even if you were dead-set on keeping first base open for Mervis from Day 1, you’d prefer to ease him in with an established partner who could, at a minimum, take some unfavorable matchups off his plate. And then, if by some miracle, both Mervis and the new first baseman are hitting, you can stash one at DH.

So in the shadow of Jose Abreu, let’s see who else is out there, who’s a fit, etc.

For the most part, Bell has always been a solid hitter. Best I can figure, he started swinging less often on pitches in the zone (and making less contact when he did swing) after being traded to the Nationals. And he also hit the ball on the ground a bit more. At his age, though, I’m guessing there’s plenty left in the tank. Bell had a 127 wRC+ against left-handed pitching last season, for what that’s worth.

Trey Mancini is also 30-years-old and possibly on the downtrend, never quite living back up to his 2019 season (132 wRC+, 3.4 WAR) after overcoming colon cancer. Still, FanGraphs has him 7 spots ahead of Josh Bell in their free agent rankings. I’d disagree. With that said, he’s expected to get a lot less guaranteed, with an average deal in the 2-year, $16-18M range (like $8-9M AAV).

And while Mancini crushed left-handed pitching in 2021 (140 wRC+ in 223 PAs), that switch flipped entirely in 2022 (88 wRC+ in 187 PAs). I bring that up because if he were at least a guaranteed platoon hitter, you might feel better about pairing him with the left-handed hitting Matt Mervis. As it stands, I don’t love Mancini as a target for the Cubs.

Luke Voit, 31, is another guy with a ton of early-career offensive success (144 wRC+, 10th best in MLB from 2018-2020) … who fell off these last couple seasons: 105 wRC+ from 2021-2022), and has dealt with injury issues. With that said, his batted ball data remained pretty strong over those two seasons, propping up his expected stats, though the strikeout rate exploded and you can’t just ignore that. Weirdly, Voit has had reverse splits for his entire career. That means that he actually hits fellow righties better than lefties.

And that’s pretty much it in free agency. Jose Abreu was clearly a head above the rest, but there’s still some talent out there. Imperfect, make-do, hope-for-the-best-on-a-timeshare/platoon … talent. Let’s see how the Cubs pivot, whether to one of these guys, to someone in the trade market, or some other creative approach.