Kevin Kiermaier Would Ideally Like a Two-Year Deal - Would You Prefer Him or Cody Bellinger on a Pricier One-Year Deal? Skip to content 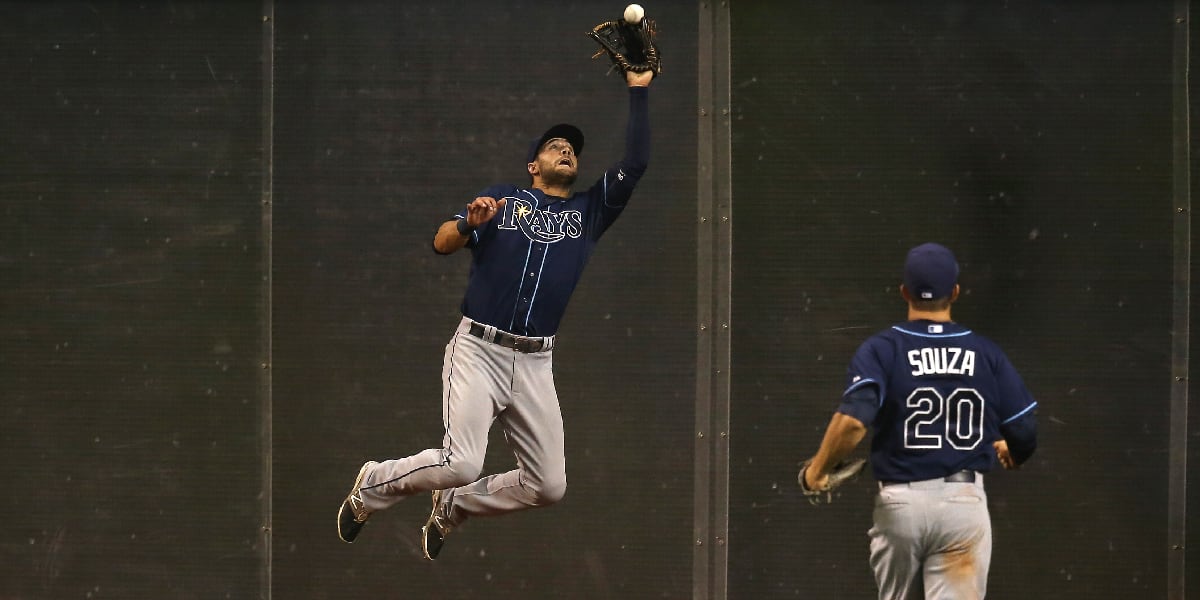 In his most recent rumor round-up at The Athletic, Ken Rosenthal mentioned a desired price tag for center fielder Kevin Kiermaier, who has previously been rumored a Cubs target in center field.

This is just a desired price tag, mind you:

In Kevin Kiermaier’s perfect world, he would land a deal similar to the two-year, $24 million free-agent contract another defense-first center fielder, Jackie Bradley Jr., landed prior to the 2021 season.

Bradley, though, was entering his Age 31 season, and coming off an .814 OPS in the shortened 2020 campaign. Kiermaier is entering his Age 33 season, and played only 63 games before undergoing season-ending hip surgery in August. Because of injuries, he has averaged only 101 games over his last six full seasons.

I’d note that you probably don’t want to bring up Jackie Bradley Jr.’s deal if you don’t have to, since that thing wound up uggggly for the Brewers when he completely stopped being able to hit.

That said, I can understand the attempted comp, given that it’s a glove-first lefty bat who might have to do some platooning to be most effective. The question with Kiermaier is the age and the hip surgery. How much will his speed be impacted? His quick movements? Can you still count on the glove being top-tier, which is where he derives most of his value? It seems like that risk is going to have to be baked into the price tag (as is the upside – if he *IS* healthy and as effective as always, he really is a nice and valuable player if you limit his at bats against lefties).

But let’s say for the sake of argument that 2/$24 million is indeed the deal Kiermaier is going to land.

My question, given that the two were paired together in the Cubs’ rumored hopes for center field: would you rather the Cubs signed Kiermaier to that deal, or Cody Bellinger to a one-year deal in the $18 to $20 million range?

We can’t say for sure that Bellinger will get quite that much (or, again, that Kiermaier will get that much), but this is more of a thought experiment than a hard prediction. Where do you land?

Neither is free from significant risks of a nothingburger. With Kiermaier, again, it’s that the hip surgery and the aging combine to make him simply not close to what he was (and the bat isn’t going to float him, because the upside there is *maybe* league average). With Bellinger, it’s that the degradation of his swing is irreversible, and he’s going to be a well below-average bat overall.

On the one hand, you could argue it’s obviously Bellinger, since it’s only a one-year risk, and the upside -though very low odds – is a true impact player. A lineup-changer, who can also play great defense in center field or at first base.

On the other hand, you could argue that you’re barely paying more for a whole extra season of Kiermaier, who might offer nice value in 2024, even as a fourth outfielder.

The more I mull it over, I’m not sure there’s a WRONG answer if you HAVE to choose between only these two players and at only these two price points. If it weren’t for the injuries to Brennen Davis and Alexander Canario, I might be aggressively inclined to push for only a one-year deal. But with their futures extremely cloudy, I’m not sure the presence of Kiermaier for an extra year – if he’s healthy! – would be the worst thing in the world.

Ultimately, I’m not so sure Kiermaier actually gets 2/$24M, so that might clarify this further. In the abstract, I’d still prefer Bellinger for the Cubs because the gloves are close and I’d like to see them take that chance on upside when it’s available for only money. But, given the horrible center field market and given the potential that the Cubs can upgrade offensively elsewhere (they freaking better … ), I wouldn’t have a problem with them landing Kiermaier on a two-year deal.

Oh, and by the way: lots of other teams want these guys, too. It’s not as if the Cubs can just choose their preferred target without any competition whatsoever. They may not actually be able to land the guy they prefer.