Attempting to Remake Kyle Hendricks, and What Qualifies As Success Skip to content 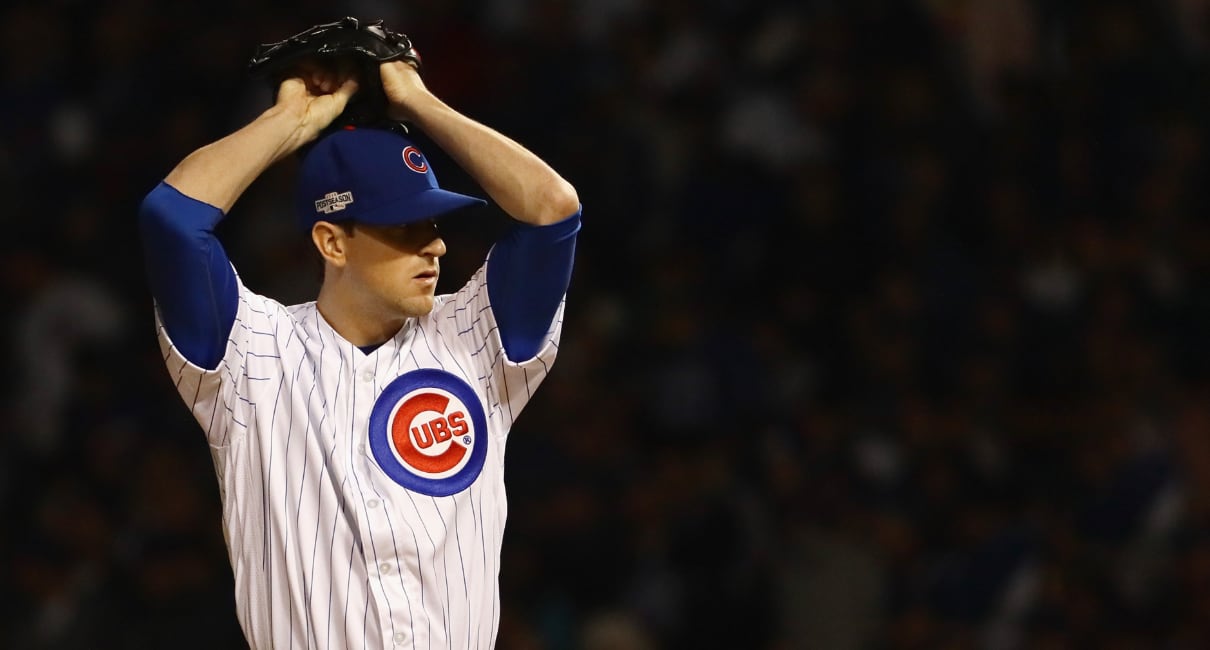 By now, you know the story with Hendricks: after years of being a steadily excellent presence in the Cubs’ rotation with his unique mix of impeccable command, pitch tunneling, and pristine mechanics, Hendricks started to really fall on hard times in 2021, and fell offer further in 2022. He was not really a guy you wanted starting competitive games, as painful as that is to say about a guy who was so important – and good! – for such a long time.

Hendricks’ 2022 season ended early with shoulder issues that were later diagnosed as a capsular tear – the kind of injury that can end a career if it’s bad enough, particularly for a 33-year-old who was already trying to succeed with limited velocity.

The good news is that Hendricks’ tear did not require surgery – which REALLY would have left the rest of his career an open question – and he’s been rehabbing, strengthening, and getting himself prepared in Arizona for the better part of the offseason already. We know that he’s likely to miss the start of the season as he is slowly brought along, but there’s hope that he could get back to a place where he contributes at the back of the rotation for, say, the latter two-thirds of the season.

Which is where I had the whole after-this-season thing on the brain. Unlike Stroman’s deal, which effectively has a player option for 2024, Hendricks’ deal has a team option for 2024 at $16 million, with a $1.5 million buyout. If Hendricks bounces back and is even close to a useful four or five, I’m thinking the Cubs would be happy to bring him back at that $14.5 million decision point, given that he can not only provide depth, but also veteran leadership and institutional knowledge for a young pitching staff.

But if Hendricks doesn’t bounce back this year, it’s possible this is the end, and the Cubs will have another couple openings in the rotation after the season.

Patrick Mooney at The Athletic spoke with Hendricks about where he’s been and about his recovery process, and it gave me a much better understanding of the relationship between Hendricks’ degraded performance the last couple years and the way injuries can impact a pitcher.

The way I *usually* think about pitcher injuries and their impact on performance is that the injuries do one of two things (or both): 1.) The injury throws off a player’s mechanics, which in turn reinforces the injury, creating a terrible feedback loop of injury and performance degradation; and/or 2.) the injury, itself, causes a direct reduction in stuff/command/velocity, and that version of the pitcher simply isn’t big-league effective anymore.

But, as Hendricks explained, there’s kind of a third way to think about how injuries impact performance, especially as a player ages.

“Once these health things started popping up, the red flags were there,” Hendricks told Mooney. “It happens, in general, just after you get past 30 as a pitcher. You’re probably going to have things pop up — if you haven’t to that point — so some of that’s just natural. But once something happened, we were able to go back and look and see, ‘OK, (my way) was doing me a lot of good while I was doing it.’ My command, the action of my pitches, it all fed off of my arm path and how my mechanics worked. A lot of the deception came from that, too.

“But, obviously, if that’s not going to be sustainable — which it wasn’t — then that’s when you kind of step back and see, ‘OK, now let’s make some changes.’”

It’s a subtle distinction, but it’s not one I’d given much thought before: a guy who is dealing with injury issues *can* get his mechanics “right” again and *can* get healthy, but even once he does, he is physically changed in a way that means doing everything exactly like he did before is no longer sustainably effective. It’s probably because of aging and the accumulation of smaller physical wear and tear, and it’s a factor in why pitchers – almost across the board – have to make so many changes after age 30.

To put it another way, even if this 33-year-old, post-shoulder-capsule-rehab version of Kyle Hendricks could keep his mechanics and arm path and body muscle/mass composition the same as it was when he was 28, the results of his pitches – the command, the tunneling, the deception – just wouldn’t be the same. I get the sense that there were times over the last two years when Hendricks *DID* get everything back where it was “supposed” to be, and yet we saw it play out again and again: the sinker command was just not there, the changeup just didn’t have as much bite, and batters too often were able to feast.

So, then, there was a comprehensive process to remake Hendricks. First, you rehab the shoulder to get it strengthened and in a good place, physically. Then you work on the body to do whatever it is that the Cubs’ health and performance analysis said his new body should be like. Then, lastly, you modify the pitching mechanics to work with the current version of the shoulder and the body.

That could allow you to maximize performance, even if it’s kind of like a totally different version of Hendricks. He probably can’t be the guy he was in his 20s, realistically, and I’m going to speculate that the differences will look really subtle to amateur scouts like me. But it sounds like this was the approach the Cubs and Hendricks had to take if they wanted a chance for him to succeed in 2023, and not just continue to be an older version of the guy he was the last two years.

Will it work? Well, nobody can say for sure, and the nature of injuries and aging curves very generally would tell you to bet against it. But I am very glad that there wasn’t any surgery. And I am also going to retain some hope because of the Cubs’ improved pitching development infrastructure. We have focused on it mostly because of the young pitchers and external reclamation projects, but maybe the Cubs can show that they are also good at a comprehensive internal project like this.

And if, at the end of this, Kyle Hendricks winds up giving the Cubs 20+ starts with a league-average ERA in 2023, I think you’d have to call that a success. If he’s even a touch better than that? Enough that the Cubs definitely want to bring him back in 2024? Then that would be a MASSIVE success.

For much more on Hendricks’ rehab process and on his time with the Cubs, make sure to check out Mooney’s piece. You will be reminded just how likable Hendricks is, and how much you want to see him succeed with the Cubs.