Pete Crow-Armstrong Lands Among the Top Outfield Prospects, Getting a Ridiculous Grade on His Defense Skip to content 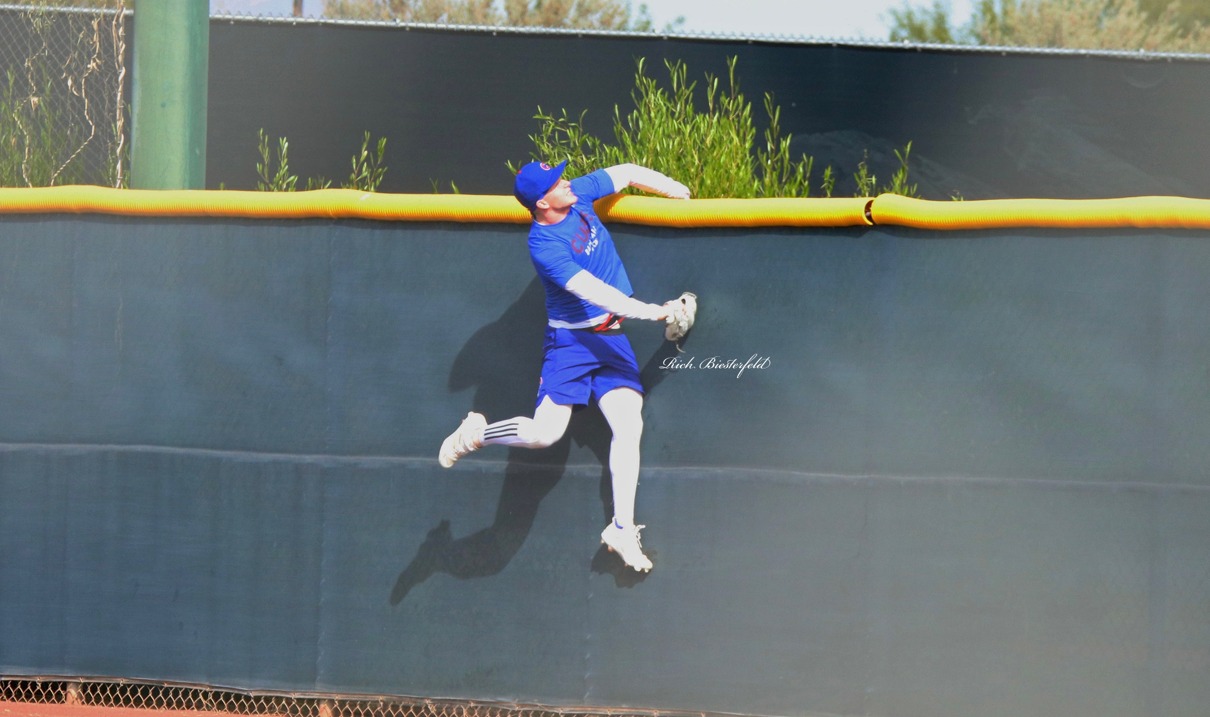 Outfield seems like a loaded prospect positional group right now, or at least that’s what I’d like to believe if Pete Crow-Armstrong is “only” the seventh best outfield prospect in baseball.

That’s where the Chicago Cubs’ top prospect landed on MLB Pipeline’s newly-released list of the top 10 outfield prospects in baseball. And I really do think it’s a matter of the group being loaded right now. Consider the six names ahead of him:

Being just behind that group among the best outfield prospects is hardly a slight. And moreover, Pete Crow-Armstrong did come in for a pretty extreme superlative in the associated write-up:

Field: Crow-Armstrong (80)
Scouts give top-of-the-scale grades to Crow-Armstrong for his center-field skills. He covers a tremendous amount of ground with his combination of plus speed and precise reads and routes, and his solid arm strength also rates better than most players at his position.

An 80(!) grade defender?! I’ve been as impressed as anyone by what we’ve seen from PCA in center, but that blows even me away. That’s saying that it does not get better than him, defensively, in center field. Not just among these top prospects, but among, you know, baseball players. I feel like I have to pump my own brakes here because an 80-grade center fielder would be an eye-poppingly impactful defender. The bat would merely have to be AVERAGE for a guy like that to be a borderline star.

I can’t wait to see how PCA progresses offensively this year as he climbs the ladder, because we saw the initial challenge at High-A and then the adjustment. You’d like to see that again this year at Double-A, with a chance that he reaches Triple-A in the second half (and, of course, an outside chance that he sees big league action late in the year). But for as much attention as the bat gets – that will determine his ceiling – the defense is what will get him to the big leagues in at least some capacity, regardless of the bat.