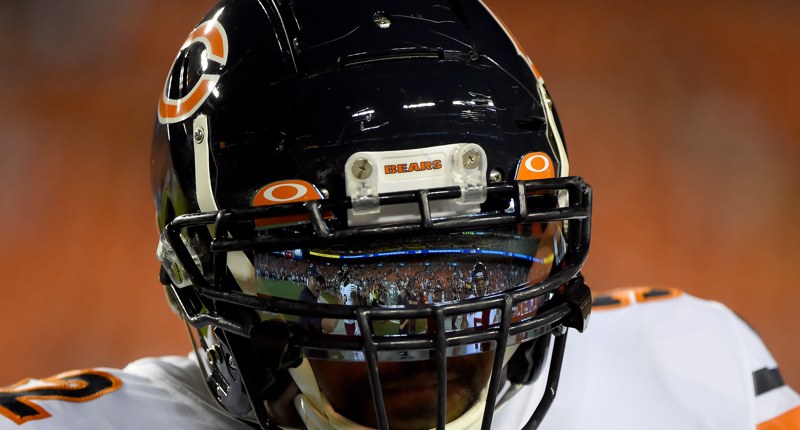 The Bears avoided a late implosion last week to improve to 2-0, while the Falcons choked away an improbable loss in Dallas. Ironically, despite the results, the Falcons covered and the Bears did not. Will the Bears bounce back with a cover for Illinois  bettors this week? Let’s get into the lines and odds for Bears vs. Falcons as of  November 28, 2022 6:10 PM (ET).

The Bears-Falcons line for Week 3 is currently set with the Bears as a three-point underdog on the spread and an over-under of 48. The Bears are a +155 moneyline underdog, which implies a 39.2% win probability, while the Falcons are a -190 moneyline favorite, good for a 65.5% win probability.

Here are the current Bears-Falcons odds, courtesy of DraftKings at Casino Queen Sportsbook.

The Bears are a three-point underdog at William Hill against the Falcons, a team coming off one of the most excruciating losses in recent memory. How excruciating, exactly? Atlanta racked up 39 points, 380 yards of offense and didn’t commit single turnover – and still lost. Since 1933, teams that had scored 39 points and didn’t commit a turnover were 440-0. So yeah, pretty excruciating.

The Falcons’ offensive firepower, paired with the Bears’ struggles to finish off a bad Giants team and Atlanta’s home-field advantage, make this line seem reasonable. Keep in mind, Chicago jumped out to an early 17-0 lead against the Giants, and Saquon Barkley exited with a torn ACL, but the Bears were held scoreless in the second half as they barely hung on to a win.

That being said, be on the lookout for outstanding Bears odds at PointsBet this week, which offered them as an 89-point underdog last Week 2 and is rumored to be running a similar no-brainer Bears vs. Falcons odds once again. You can get these odds right here.

We find it to be a worthwhile exercise to dial in on implied win probability of the market odds.

You will quickly note these two figures don’t add up to a perfect 100%, but that’s because it doesn’t account for the hold. Ideally, 50/50 action on each side guarantees a 5% cut regardless of which team covers.

The over-under for the Bears and Falcons is set at 48 points. This total actually opened at 47 points, but it is already on the move.

The Bears went way under the total last week, while the Falcons flew past it early on at Dallas. Given the Bears’ high-scoring opener and Atlanta’s big early season totals, this higher total makes some sense, even with questions surrounding a Chicago offense that has struggled for prolonged stretches in each of its first two games.

Bettors are banking on a Falcons rebound early in the week as 86% of the money and 86% of the handle backs Atlanta.

Meanwhile, the total is receiving a 50/50 split in terms of the number of bets. The handle distribution has not yet been reported.

Bears vs. Falcons Props For Week 3

Bears vs. Falcons player props aren’t yet available, but will hit the market later on in the week. Check back here for the latest updates on this market.