Nothing gold can stay. That’s exactly what the Bears learned in their disappointing Week 4 loss in which both the magic of Nick Foles and a charmed early-season run crashed with a thud. The Bears offense was completely stifled for the better part of a disappointing 19-11 loss, scoring its only touchdown in the waning moments when the game’s outcome was essentially determined.

Things don’t get any easier for the Bears this week, as they host a high-powered Buccaneers offense that has propelled the team to three consecutive wins and is fresh off of a five-touchdown performance from Tom Brady. Speaking of Brady, you may recall that Foles bested the future Hall of Fame quarterback quarterback in their epic Super Bowl 52 showdown, so we have a nice little rematch subplot as these two 3-1 teams meet up on Thursday night.

You can grab the Bears as a whopping 86-point underdog against the Bucs with PointsBet. Click here to get this no-brainer odds offer.

Will Brady extend the Bucs’ win streak to four games, or will Foles and the Bears rebound after a rocky outing to stay within striking distance in the NFC North? Let’s get into it with our Bears vs. Buccaneers betting preview with odds, picks, and predictions for this Week 5 Thursday Night Football matchup.

Let’s take a look at the Bears vs. Buccaneers odds.

After dropping a whopping 97 points (32.3 points per game) over their last three contests–all wins–it seems oddsmakers are becoming bullish on Tom Brady and the Bucs. They opened across the board as a 5.5 to 6-point favorite, but have since shrunk to as low as a 4.5-point favorite at DraftKings Sportsbook. The moneyline numbers have also condensed, with the Bears down to a +185 underdog and the Bucs installed as a -215 favorite.

Meanwhile, the total, which opened at 45 earlier in the week, is down to 44 points at the time of this post.

Here are the Bears vs. Buccaneers odds as of  Wednesday afternoon:

As noted above, PointsBet is offering the Bears as a monster 86-point underdog on Thursday night. You can read about this deal here.

Ah, yes. The last time Tom Brady and Nick Foles got together, this happened:

Brady with the drop, Foles with the TD catch = difference so far in this game #SuperBowl pic.twitter.com/dUbDtxDIKn

My guess is that we won’t see 74 points and 1,154 total yards this time around, but, I guess you never know.

After a lights-out performance in relief of Mitchell Trubisky in Week 3, Foles was fed a dose of reality last Sunday. The Bears generated just 269 yards of total offense and were held out of the end zone until the 1:35 mark of the fourth quarter in their loss to the Colts. Foles missed some easy throws and too frequently hesitated to get the ball out of his hands. It didn’t help that the Chicago run game only produced 28 yards on 16 attempts (1.6 yards per carry). It could be equally difficult to get running back David Montgomery going this week against a Tampa Bay defense that has allowed just 2.7 yards per rush and less than 65 yards per game on the ground this season.

Indeed, while there is no doubt that Indianapolis possesses one of the game’s top defenses, but the Bucs present another stiff test for an inconsistent Bears offense on Thursday night.

Tampa Bay’s Brady-led offense, the NFL’s No. 8 scoring offense, grabs most of the headlines, but the Bucs’ defense has been stellar this season. In fact, the unit is among the top 10 in sack rate, points allowed, and red zone defense, while also No. 4 in the league in yards allowed.

Tampa Bay will need its defense to continue its solid play this week as it deals with a rash of injuries on the offensive side of the football, particularly at the wide receiver position. Chris Godwin won’t play, while Mike Evans and Scotty Miller are each questionable. This is an especially difficult development for the Bucs against a Chicago defense that has posted some impressive numbers and rankings at the season’s quarter-pole:

This could be a week Tampa Bay relies more heavily on Ronald Jones, who is coming off of a 111-yard performance against the Chargers. Chicago isn’t bad against the run, but it hasn’t been elite either, yielding 4.2 yards per carry (14th) and 115 rushing yards per game (16th).

Note: Illinois online sports bettors can grab up to $1,000 in free bets with DraftKings Sportsbook by clicking right here.

Let’t take a look at how the current Bears vs. Bucs odds compare with FiveThirtyEight’s  ELO model projections.

This week, ELO suggests the current price on the Buccaneers is overinflated, as the model has the Bucs as a 2.5-favorite; in turn, it calculates that there are roughly two points of spread value on the Bears.

Let’s take a quick look at the Bears vs. Buccaneers betting splits across various reporting markets.

As of Wednesday afternoon, there are some pretty radical splits. A strong 81% of spread bets back Tampa Bay, but, surprisingly, only 12% of the money is on the same side. This suggests early-week sharp and/or aggressive bettors were happy to grab the Bears as a 5.5 or 6-point underdog, which also explains why we have seen this spread dip by 1.5 points since it first opened on Sunday night.

As for the game total, 75% of wagers but only 16% of the money is on the over. Again, this is a situation where early bettors jumped on what they felt was an inflated total, quickly pushing it down.

Despite these stark splits, I would expect to see more Bucs and over money flow in between now and kickoff, as the public typically likes to back Brady-led teams and play the over.

How to Watch Bears vs. Buccaneers

How to Bet on Bears vs. Buccaneers

There are plenty of ways to bet on the Bears vs. Bucs on Thursday night.

The headline offer is definitely over at PointsBet, which, again, is offering a $250 first deposit match and the Bears +86 in a no-brainer offer. Grab that here.

Over at William Hill , you can take advantage of a $300 risk-free first bet that can be used on the Bears (or any other outcome). Get the offer here.

DraftKings Sportsbook is running back its new user sign up bonus of up to $1,000 in free bets. Get it by clicking here.

Why Backing the Bucs Makes Sense

It was only a matter of time before a team as erratic as the Bears had been through three weeks was due to lose. That hiccup finally happened last week against a rock-solid Colts squad. In order to avoid another home loss, Chicago needs to play a full four-quarter game for the first time this season. I want to go bold and pick the Bears to win outright, especially given the expected absence of so many key offensive pieces on the Tampa Bay offense.

However, the combination of some concerning ATS trends that I noted above and the simple fact that it’s so difficult to bet against a motivated Tom Brady –and I assume he will be plenty motivated to beat Foles on a national primetime stage with his new team–gives me me pause. That being said, 4.5 points feels like too many points here, and I think we’re getting some Brady/high octane offense overinflation. The expectation here is that the Bears keep things close, so I’m taking them with the points.

Give us the Bears to cover +0.5 in the first quarter at -124 odds with FanDuel Sportsbook (get it here).

Tom Brady to score a touchdown (a little Super Bowl 52 payback) at +650 odds at DraftKings Sportsbook (get it here). 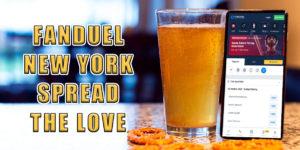 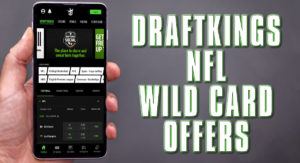 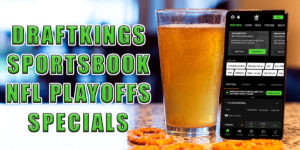 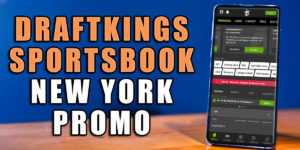 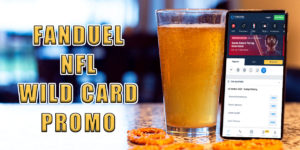