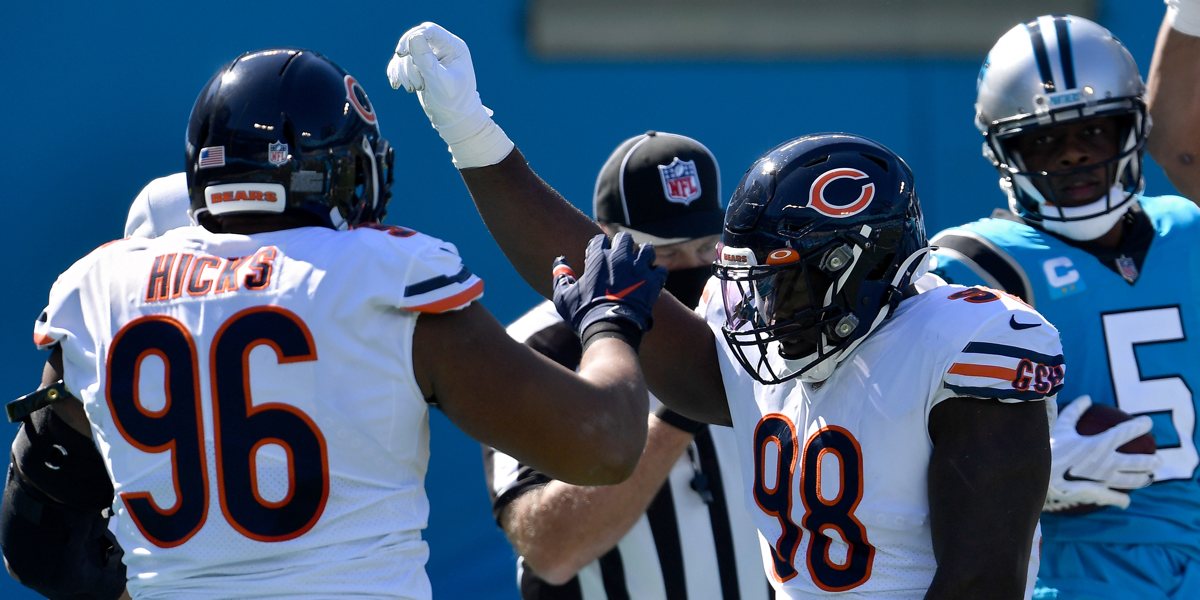 The Chicago Bears are 5-1. They’re finding ways to win with a blend of a stout defense and an opportunistic offense, and in doing so, they are now among a handful of NFC teams with the best postseason odds.

Despite the Bears currently listed as a six-point underdog against the Rams this week, optimism in and around Chicago remains high that they are poised to return to the playoffs following a one-year hiatus. While it’s easy for Bears fans to dream, oddsmakers seem to feel such a rosy outlook isn’t without warrant. In fact, among NFC teams, the Bears have the fourth-best odds of reaching the postseason at -286, per DraftKings Sportsbook.

Of course, one of those teams (along with Seattle and Tampa Bay) is the Packers, who also sit at 5-1 atop the NFC North standings.

Still, as they keep rolling near the midway point of the regular season, now is a good time to check in on the Bears’ futures odds at Illinois online sportsbooks.

The good news? The Bears are in better position in terms of this year’s Super Bowl odds than they were in August.

The bad news? Those same oddsmakers have been reluctant to move them into the top two tiers of contenders, despite the 5-1 start.

Prior to the start of the regular season, Chicago had +4000 odds to win Super Bowl 55 and has since moved to +4000. They are just outside of the top ten in terms of favorites to hoist the Lombardi Trophy, while five NFC teams have superior odds.

Interestingly, the team directly ahead of the Bears is the Rams (+2200), who just so happen to be their next opponent this Monday night. A win in this game could go a long way to further shaking up the odds picture.

Some legal online sportsbooks listed the Bears’ regular season win total in the 6.5 to 7 neighborhood prior to the season. Obviously, that number has spiked. Ahead of Week 7, the total now sits at a lofty 9.5 wins.

Interestingly, despite oddsmakers’ belief in a Bears postseason appearance, the under (-121) is slightly juiced in this spot. The Bears would need finish with just four wins over their final 10 games to stay under the total.

At first glance, this seems unlikely, but a closer look at the schedule provides reason for concern.

Hypothetically, if each of their remaining regular season games were played today, the Bears would probably be underdogs in five of those games, including in each of the next three weeks (Rams, Saints, Titans). You may roll your eyes at the Saints, but they’re a public darling, and with the impending return of Michael Thomas they remain a dangerous team.

Their ability to reach double-digit wins will likely be tied to taking care of business against NFC North teams outside of Green Bay and earning a split with the Packers.

Speaking of the NFC North, the Bears are making moves in the division. After opening with the third best odds (+380) win the division behind both the Vikings and Packers, the Bears have moved into the second spot behind Green Bay (+170).

Minnesota has been one of the league’s biggest disappoints, which explains why they opened the season at +160 but now sit at an unmanageable +6600.

Despite a blowout loss in Week 6 at Tampa Bay, oddsmakers clearly believe the Packers are the team to beat. Green Bay currently has -200 odds to win the division.