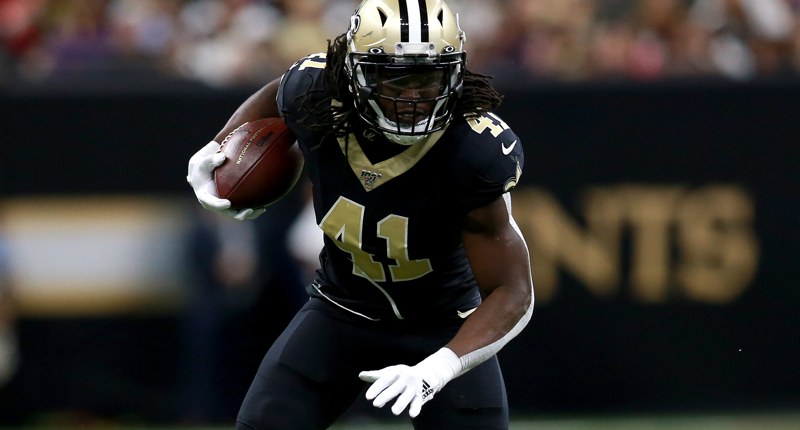 Alvin Kamara is one of the NFL’s best running backs, so it’s not surprising that he is a costly play on this week’s Bears vs. Saints props market.

Despite the hefty price tag and the fact that the Bears possess one of the league’s top scoring defenses, I’m rolling with Kamara for my Bears-Saints prop picks on Sunday afternoon.

What are my favorite prop bets at legal sportsbooks, including on the Illinois online sports betting market this week? Let’s jump into it.

Yes, it is true that Chicago has the NFL’s seventh-best scoring defense, allowing just 20 points per game. It’s also true that the unit has been particularly stingy at home, yielding just 17 points per game through three contests at Soldier Field.

There’s no doubt that Chicago’s defense, ranked sixth in Football Outsider’s DVOA metrics, is one of the league’s best units, but a look at some key matchup statistics show that Kamara should have plenty of opportunities to make things happen.

Forget the price, I’m down to take Kamara to score. You have to pay for this one (-155 at DraftKings Sportsbook), but there’s nothing wrong with paying a premium on a bet that is going to cash.

He hasn’t scored in his last two games after scoring in seven straight contests dating back to Week 16 of last season. Despite his mini scoring slump, all signs point to a return trip to the end zone against the Bears.

Kamara has stayed both active and productive while not scoring. He totaled 19 touches and 119 yards against the Chargers in Week 5 and backed up that effort with 22 touches for 148 yards against the Panthers last week.

Above, I noted how effective the Chicago defense has been this season, but it hasn’t been particularly good against opposing rushing attacks. The Bears are allowing 119.7 rushing yards per game (No. 15 overall) and 126 yards per game over the last three weeks, including 4.6 yards per carry during that stretch.

Kamara to Score and Saints to Win

If you want to cut the price down on a Kamara score, I also like him to find the end zone and the Saints to win the game. You can get this one with DraftKings at -106.

This line screams a New Orleans win. We have a 5-2 home underdog of at least five points in the Bears. Such a spread in this situation rarely occurs, and when it does, things typically don’t get well for the home team. From our Bears vs. Saints betting preview:

In the past, the line has been revealing in similar situations. I expect the trend to continue here.

Chicago has been one of the more generous defenses in terms of opposing running back fantasy production on the ground.

However, Chicago does a good job against opposing running backs in the passing game. The Bears are No. 4 in the NFL in limiting running back receiving yards (27 yards per game) and are No. 6 in limiting catches (4.14 per game). Entering Week 8, they are also only one of eight teams yet to allow a running back to score through the air.

The Bears haven’t had to deal with a back of Kamara’s caliber, but the numbers demand respect, so I don’t want to roll the dice on his overall total yardage prop or his receiving yards.

Instead, I’m going to back him to eclipse the 58.5 yard mark for the fourth time in eight games.