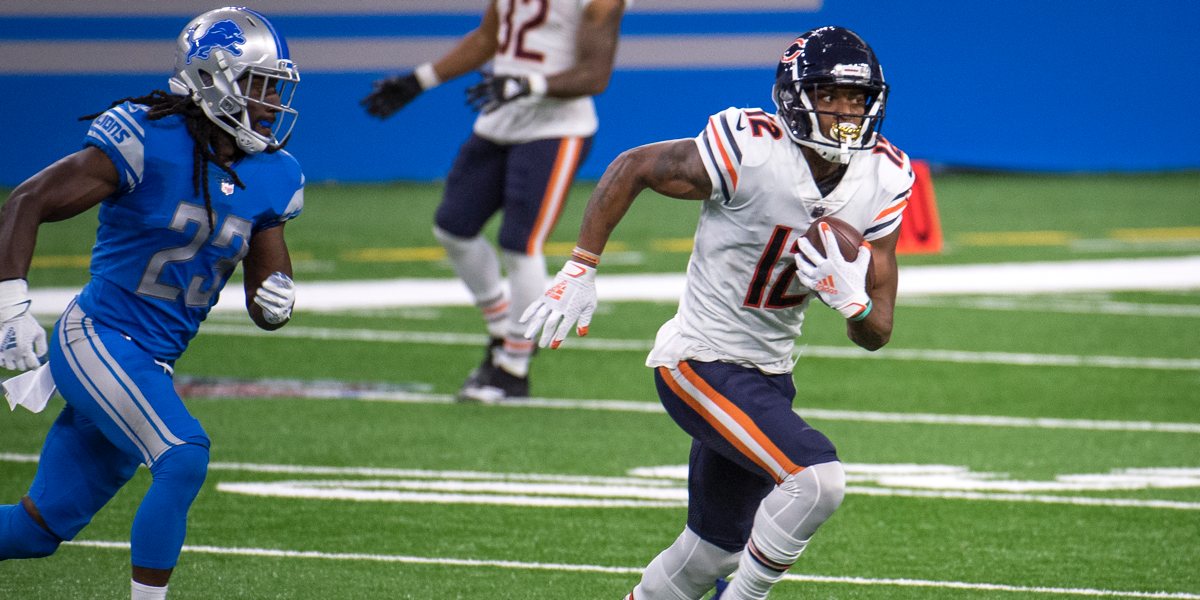 The Bears will try to turn the page following a fifth straight loss when they host the Detroit Lions on Sunday afternoon. Chicago’s quarterback situation is a mess, head coach Matt Nagy is challenging his team’s pride, and the team’s once strong playoff hopes are now on life support. Despite a disastrous stretch of football, the Bears can hang their hats on one thing — at least they’re not the Lions. With a must-win game for Chicago on tap in Week 13, let’s take a look at the Bears vs. Lions, line, odds, and total.

The Bears vs. Lions line shows Chicago is a 3.5-point home favorite. The game total is 44.5 points. The Bears are a -195 moneyline favorite, while the Lions moneyline is priced at +155.

Illinois bettors who backed the Bears against the Packers in Week 12 knew they were in trouble right from the start in what quickly developed into a blowout loss. It was the latest disappointment in a string of them for the Bears. After a torrid 5-1 start, Chicago’s offense had some success moving the football at Lambeau Field, but Mitchell Trubisky had turnover issues (surprise!), and the Bears defense was simply no match for the Packers.

Despite several issues, the Bears enter this Week 13 NFC North matchup favored over a Lions team that is total disarray.

Here is the current Bears-Lionss line, courtesy of DraftKings Sportsbook.

As of Monday afternoon, the Bears vs. Lions spread has Chicago favored 3.5 points. No surprise here. Regardless of how bad the Bears have been lately, they’re not the Lions. Detroit was blown out on Thanksgiving by a bad Texans team, prompting the firings of head coach Matt Patricia and general manager Bob Quinn. Oddsmakers at sportsbooks such as William Hill have no choice but to make the Bears the favorite in this one.

Amazingly, the Bears are favored for the first time since Week 2 when they hosted the Giants.

Again, not much of a surprise here. Detroit was simply atrocious on the big Thanksgiving stage and is an organization in flux. While the situation in Chicago isn’t much better, the Bears can get back to .500 with a win and keep their playoff hopes alive.

The over-under for the Bears and Lions Week 13 game is 44.5 with PointsBet.

Of note, the over is 4-7 in Bears games this season. They have been one of the worst “over” teams in the NFL this season. On the other hand, the Lions have been a good bet with 7 of their 11 games eclipsing the total.

The early money is on Detroit. In fact, this spread opened at 4.5 but was quickly pushed down a point. As of Monday afternoon, 68% of spread bets and 93% of spread money backs the visitors.

We don’t yet have Bears vs. Lions props, but DraftKings Sportsbook will offer some of the following markets as early as Friday morning.