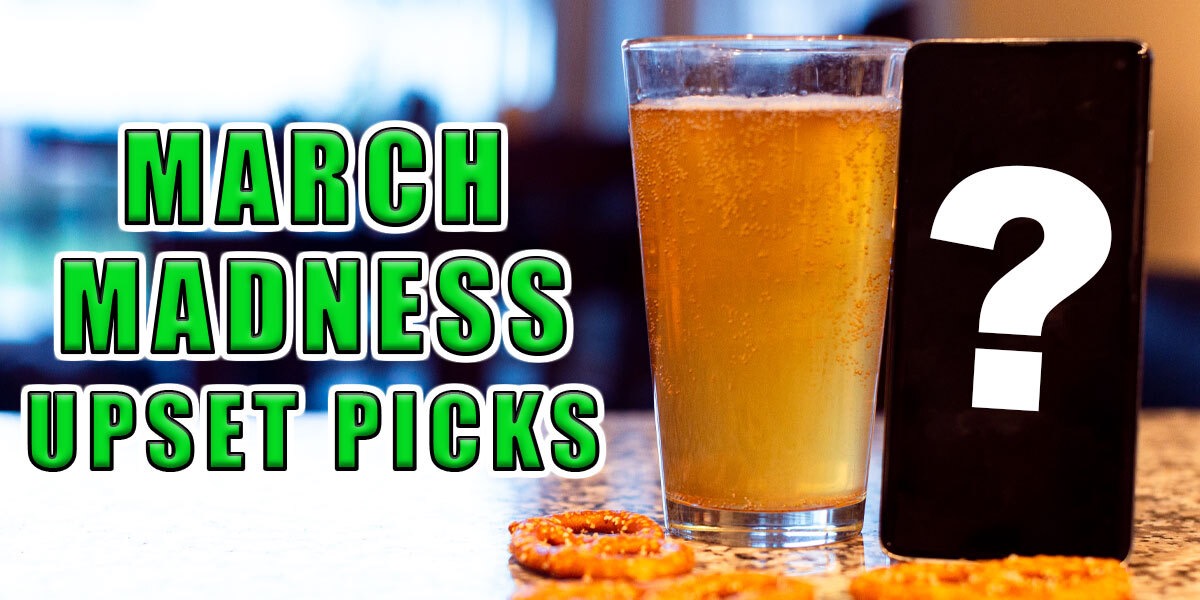 The nation’s college basketball programs have persevered through a turbulent regular season and conference tournament calendar to finally arrive at the NCAA Tournament.

March Madness is here, and that means the action will be wild and several underdogs are set to pull off some stunners, so let’s size up some of our favorite 2021 NCAA Tournament upset picks and make some predictions.

One would figure following the wild ride of the 2020-2021 college basketball season that a tournament filled with crazy finishes and unthinkable outcomes awaits. However, there are plenty of outstanding higher seeds poised to prove their worth in this tournament, so it’s not always wise to go wild picking underdogs.

Get 64-1 odds (bet $4 to win $256) on March Madness games with DraftKings Sportsbook by clicking right here. Read more about the 64-1 odds offer.

Certainly, we expect at least a handful of upset picks throughout the weekend, but some lower-seeded teams appear better positioned to pull off an upset in the opening round than others.

Which ones lower-seeded squads are primed to get it done? Let’s jump into it.

Not a great spot here for Virginia. They were sent home prematurely from the ACC Tournament because of COVID-19 protocols.

Now, the Cavaliers are in the tournament and expected to play this weekend, but many questions remain. Who will be available? Will practices be disrupted and to what degree? Will they be galvanized by the disruption, or thrown off to the point that a chippy Ohio squad could pull an upset?

While the focus will be on Virginia’s internal issues, Ohio presents its own significant set of problems, including a sizzling offense that plays with relentless tempo.

The Bobcats tore through an underrated MAC in their conference tournament, handling three of the top four seeds en route to a crown.

Perhaps Ohio’s most impressive effort this season came in a loss, a two-point defeat to midwest region No. 1 seed Illinois back in November.

Simply put, if Virginia comes out flat, which isn’t a stretch in light of its recent issues, Ohio has the firepower to push past the Round of 64.

Register with FanDuel Sportsbook to get a $1,000 risk-free first bet and no-brainer Michigan State odds by clicking right here.

It’s strange to see a legacy program like Syracuse considered an upset pick against a less celebrated San Diego State team, but here we are.

Two different concerning angles come together for the higher-seeded Aztecs in this matchup. First, they could be in for a bit of a letdown following their massive victory in the Mountain West Conference Tournament final.

Utah St. knocked off San Diego State in the last two tournament finals, so this was a huge revenge spot.

Can Brian Dutcher’s squad shake off the hangover of that big win and bring an A-game against a difficult Syracuse zone defense?

Meanwhile, Syracuse has to be feeling pretty good about its chances in this spot.

The Orange have won three of their last four games, the lone loss a difficult 72-69 defeat to Virginia. More importantly, Buddy Boeheim is on the type of run that could power the upset here. He has scored at least 26 points in three of his last four games, including a 31-point effort against UVA. If he stays hot, San Diego State is in trouble.

Note: Head here to check out NCAA Tournament first round picks for every game.

St. Bonaventure is a team that is used to long layoffs. In fact, they’ve had four different pauses longer than the one they will deal with this week as they await a first round matchup against LSU.

Despite playing only 20 total games this season, the Bonnies have been impressive when on the floor and enter this tournament winners in six of their last seven games, including a victory in the A-10 title game over VCU.

Many experts have circled LSU as a lower-seeded team capable of making a run in this tournament, and that makes sense. After all, the Tigers are fresh off of a run to the SEC Tournament Championship Game. The question will be if the Tigers, too, are buying the hype — and potentially looking ahead to a second round matchup against No. 1 seed Michigan.

Stylistically, the Tigers possess excellent athleticism and want to push the pace, while the Bonnies don’t mind grinding things out and playing at a more deliberate pace.

St. Bonaventure can bang it from deep (35.4%) and has a similar defensive profile to teams that have given LSU problems this season.

One last thing to know — the Tigers finished just .500 on the road this season, including only 2-4 against NCAA Tournament teams, while the Bonnies were a stellar 8-3 on the road.

We’re going back to the No. 13 well with our final upset pick, and it’s worth pointing out that a No. 13 seed has knocked off a No. 4 seed in 7 of the last 10 NCAA Tournaments.

Once again, we are going against a team that some believe can make a deep run through the bracket.

After ripping off four straight wins for the C-USA Conference Tournament crown, North Texas will square off with Purdue and feature a Top 5 scoring defense that yields just 60.6 points per game. Its appearance comes a year after the school was denied of an NCAA Tournament trip because of the COVID-19 shutdown.

North Texas is a team that embraces playing a grind-it-out style. In fact, KenPom rankings place the Mean Green at 350 out of 357 teams in adjusted tempo. In other words, that is slow. Very slow. Like, Virginia slow.

Against a Purdue squad that was just 7-8 away from home (11-1 at home) this season, the Mean Green are more than capable of gutting out a win here — particularly if Purdue struggles a bit from beyond the arc.

Click here to get started with PointsBet and receive a $150 March Madness bonus.