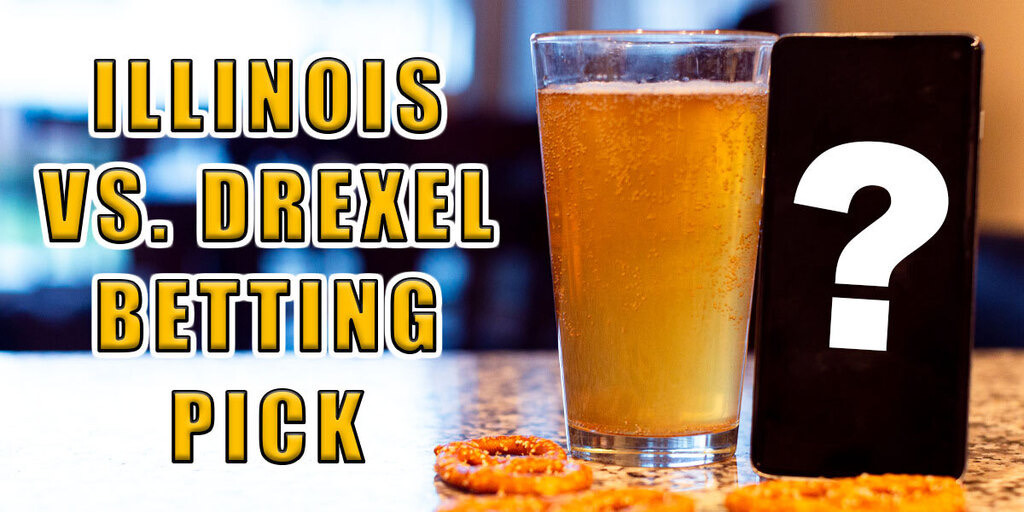 Big Ten Tournament champ Illinois will take on Colonial Conference Tourney champ Drexel early Friday afternoon in a round of Round of 64 matchup.

Let’s take a closer look at this matchup with our Illinois vs. Drexel betting pick that includes odds, analysis and an ATS prediction.

The No. 1 seed Fighting Illini (23-6) are the top seed from the Midwest Region and, unsurprisingly, come in as heavy favorites over the No. 16 seed Dragons (12-7).

While knocking off arguably the nation’s hottest team in Illinois is probably far-reaching for Drexel, particularly  given No. 16  seeds are just 1-139 all-time against No. 16 teams, let’s discuss whether it’s feasible that they keep it close enough to cover the generous number they are receiving here from oddsmakers.

Here are the latest Illinois vs. Drexel odds listed at DraftKings Sportsbook:

While a line over 20 may seem wildly high, in general, it’s actually fairly commonplace for the No.1 vs. No. 16 matchup. Remember, this is one of the four best teams in the country taking on one of the six worst teams in the 68 team field of the tournament (and, likely, worse than many teams that did not make the tourney).

To put it into better perspective, Drexel is currently ranked 146th out of 357 teams in the Pomeroy Rankings for Adjusted Efficiency Margin. Here, they play the the third-ranked team, which managed eight wins by 20+ points, despite playing in the nation’s toughest conference, the Big Ten.

Why Illinois Can Cover the Spread

If you are thinking of laying the large number and backing the Fighting Illini here, they certainly pass the eye test on every level.

They have now won seven in a row and 14 of their last 15 games, plus they  have five guys that average at least eight points per game on the season. This includes a dominant inside force in Kofi Cockburn (17.3 ppg/9.7 rpg) and a future first-round draft pick on the perimeter in Ayo Dosunmu (20.9 ppg, 6.2 rpg, 5.2 apg).

While it’s a small sample, it’s worth pointing out that Illinois laid 20+ points twice this season, in two non-conference games to start the season. They won both of those games by 59+ points. An Illini squad that is Top 20 in the nation in scoring offense, offensive field goal percentage, and three-point field goal percentage could be primed  for another blowout here, as they are 8-3 ATS this season on the road against teams .500 or better.

In short, this is a talented team that enters the tournament perhaps as the hottest in the nation. Drexel is a nice story, but they’re just not on the same level.

Register with FanDuel Sportsbook to get a $1,000 risk-free first bet and help Spread the Love on Michigan State in the NCAA Tournament by clicking right here.

Why Drexel Can Cover the Spread

For those eyeing up a more than generous donation of ATS points with the underdog Dragons, there is plenty of hope — despite the obvious talent gap between the two teams.

For starters, Drexel did not lose a single one of their five neutral court games either SU or ATS this season, including their threee most recent contests to sweep through the CAA Tourney.

In fact, this Dragons team is well accustomed to life away from home, playing 14 of 19 outside of Philly, including each of their last eight games. They failed to cover in just three of those 14 games. Moreover, Drexel has also covered 5 of their 7 games as an underdog this season.

While it can be hard to play against one of the best and hottest teams in the nation, Drexel, with that boatload of points, seems to be the way to go.

The layoff before this game and the strange quarantine rules surrounding it shouldn’t bother Drexel like most, as they have had 12 postponements due to the virus this season.

They are a tough commodity to pin down for oddsmakers, too, as their 19 total games played this season is the third least of any team in the NCAA Tournament.

It is also worth wondering if Illinois, after a brutal Big Ten Tournament title run that ended with an overtime win over Ohio State, might not take a little mental break in this one. The Illini know they are clear favorites and face a brutal battle in the following round no matter who their opponent.

With Drexel being one of the nation’s best free throw shooting teams and that being Illinois only offensive weakness, we like the Dragons to keep  things close enough to cover this huge number.