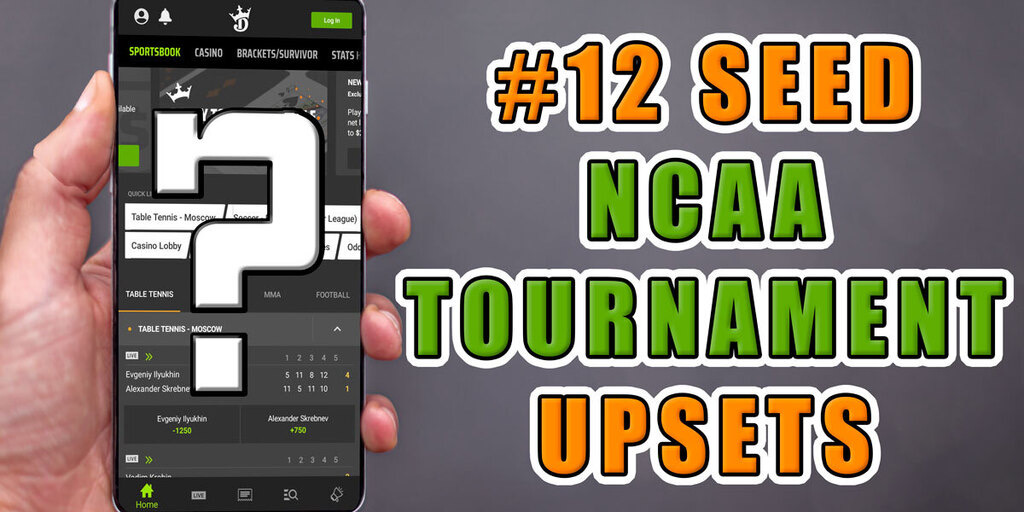 The time has finally come. After fans missed out on the tournament last year due to the COVID-19 pandemic, March Madness is finally upon us. The opening Round of 64 action will then take place on Friday and Saturday, and that means we should soon be in store for plenty of upsets.

Upsets rule the start of March Madness and the No. 12 vs. No. 5 matchup  also draws a great deal of attention. Here, we will take a look at the most likely NCAA Tournament No. 12 seed upsets.

The Most Likely No. 12 Seed Upsets

Following an absolutely wild college basketball season that was filled with unpredictable outcomes, starts and stops, and perseverance, the stage is set for what could perhaps be the most unpredictable tournament of all-time.

With that said, let’s dial in on the first round matchups and evaluate which No. 12 seeds look primed for an upset.

Each 12 vs 5 game is intriguing, and before filling out your brackets, you need to be careful with who you decide will win.

Every matchup is going to be competitive in its own right with potential upsets brewing in each:

At the moment, the Georgetown Hoyas, led by head coach and Knicks legend Patrick Ewing, are on a roll.

They stormed through the Big East Tournament, shocked everybody, and defeated Creighton by a whopping 25 points in the Big East title game.

Now, Georgetown will take on No. 5 Colorado, a team that just lost in the Pac-12 Championship to Oregon State (another No. 12 seed in the NCAA Tournament). At 36.6% from beyond the arc, Georgetown was the conference’s best three-point shooting team — and they’re an above average foul shooting team too.

Those ingredients should play well against a Colorado team that halls from what is arguably one of the most overrated conferences in the nation. The Buffaloes’ inconsistencies could make them poised for a slip up here.

Register with FanDuel Sportsbook and snag a $1,000 risk-free bet along with fantastic Michigan State odds by clicking here.

Momentum is massive heading into March Madness, and no team carries more of that than Georgetown right now. The Hoyas have seemingly found their groove, are coming together, and could be a Sweet 16 sleeper.

The run to that round of the tournament starts Saturday afternoon with a crucial win over the Buffaloes.

The Winthrop Eagles had a dominant regular season and conference tournament, finishing 23-1 overall and 17-1 in-conference. Winthrop most recently defeated Campbell by 27 in the Big South Championship.

Now, the Eagles will face a No. 5 Villanova. Notably, the Wildcats come into the opening round limping after losing guard Collin Gillespie. He is out for the remainder of the season with a torn MCL. Fellow guard Justin Moore is also dealing with an injury to his ankle.

Expect Winthrop, who is 12-0 straight up away from home this season, to take advantage of Nova’s misfortunes en route to a big win, but it won’t be easy. It’s clear the Wildcats possess more talent on their roster than the Eagles, so it will take all 40 minutes for Winthrop to notch the victory and advance to the second round.

As previously mentioned, momentum is crucial in the NCAA Tournament — Winthrop has won each of its last seven games while Villanova has lost three of its last four.

No. 12 seed Oregon State takes on No. 5 seed Tennessee, and the former is coming off a huge victory to win the Pac-12 Championship.

While Tennessee is the more talented team, the Beavers are certainly on a roll, having won six of their last seven games en route to their first conference tournament crown and first appearance in the NCAA Tournament since 2016.

Will Oregon State, who is 10-3 ATS away from home this season, continue its late surge and advance to the round of 32? It’ll likely be tougher for the Beavers to oust Tennessee than it will be for Winthrop and Georgetown to defeat Villanova and Colorado, respectively, but it’s definitely a possibility.

For betting purposes, Oregon State has won each of its last six games that were played at neutral venues.

⇒ I’ve been with Georgetown since the bracket came out and I’m sticking my gut. The Hoyas will defeat the Buffaloes en route to the second round, where they’ll face either No. 4 Florida State or No. 13 UNC Greensboro.

⇒ I’m confident in Winthrop pulling the upset against a limping Nova squad.

⇒ Although we are happy to take the points with the Beavers, we’re not ready to put them through to the Round of 32.

⇒ No. 5 Creighton put up a bad showing in the Big East title game, but it remains a talented team who should be able to advance to the round of 32 with a victory over No. 12 UC Santa Barbara.

All data courtesy of DraftKings Sportsbook.

Overall, No. 12 seeds are 50-90 in the opening round. Comparatively, check out the historical performance of some lower-seeeded teams:

Needless to say, an upset in this type of matchup is a more common occurrence than you may believe. Keep that in mind when filling out your brackets and making your betting picks.