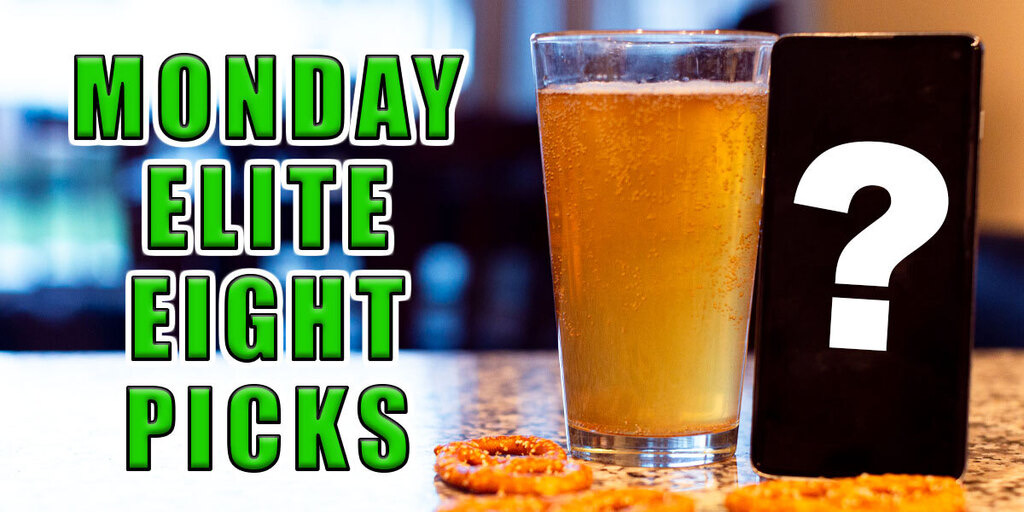 And then there were eight. After top seeds rolled and and the PAC-12 pulled some more upsets in the Round of 16, the NCAA Tournament is down to just eight contenders as action continues on Monday and Tuesday night. Interestingly, with three No. 1 seeds left and a number of surprising squads making runs, bettors are presented with four games over the next two days featuring relatively big lines for what we are typically accustomed to seeing this late in the tournament.

In this Elite Eight best bets and picks piece for Monday night’s games, we will examine whether heavy underdogs like Oregon State and Arkansas will continue to pull off stunning upsets, or if favorites like Houston and Baylor will flex its muscle on the way to the Final Four.

The Elite Eight action gets underway on Monday night at 7:15 p.m. ET when surprising No. 12 seed Oregon State looks to keep its unexpected run alive against No. 2 seed Houston. The Cougars enter this matchup as a 7.5-point favorite with the total set at 129 points.

Click here to get DraftKings Sportsbook and grab 100-1 odds on any NCAA Tournament Elite Eight showdown.

In the second game of the night, No. 1 seed Baylor is laying eight points to No. 3 seed Arkansas. The total of this matchup is set at 148 points.

Without further ado, let’s jump into the Elite Eight picks and best bets for Monday’s games.

While teams such as Michigan, Gonzaga and Baylor have grabbed the headlines as the top title contenders this season, Houston has consistently played at an elite level.

Featuring a suffocating defense that often creates easy points the other way, and a ferocious rebounding presence, the Cougars have blitzed their way to more than 20 wins by double digits this season. They now stand just one game away from a Final Four appearance and it certainly seems they’re poised to get it done in this spot.

That being said, a chippy Oregon State team that shook off a lackluster regular season to blaze its way through the PAC-12 Tournament and early rounds of the NCAA Tournament will present a tough test for the Cougars tonight.

While Oregon State yet again comes in as an underdog (the Beavers have been an underdog of at least five points in a staggering 10 straight contests), this team’s ability to slow down games and grind should keep things close. That’s how it has managed to win 9 of its last 10 games as a considerable underdog.

In fact, Oregon State has not yielded more than 70 points in a single contest dating back to the start of its run in the PAC-12 Tournament, giving up an average of less than 65 points during that stretch.

After a rock fight with the nation’s top-ranked defense in Loyola-Chicago, now Oregon State must deal with the nation’s second-ranked scoring defense. Theoretically, Saturday’s win should prepare the Beavers for a similar game tonight.

Meanwhile, Houston struggled with a similar style Rutgers squad in the Round of 32, which has to give Oregon State some hope that it can keep things close, particularly given it has covered 16 of its last 21 games as underdogs and holds a 6-2 ATS mark on just one day of rest this season.

Unlike what we saw with Loyola-Chicago over the weekend, we think Houston’s defense will create points on the other end. We will take the Cougars to advance but the Beavers to cover.

Arkansas, a popular pre-tournament dark horse Final Four pick, is just one win away from playing this weekend. To do so, however, the Razorbacks can’t afford to fall behind early. They were able to escape double digit deficits to teams like Oral Roberts and Colgate, but that’s unlikely to happen against No. 1 seed Baylor.

In fact, Arkansas has trailed by at least nine points in each of its last six games, so this has become a bad habit in recent outings. It will likely turn into a fatal one should it continue against an elite Bears squad.

Take away a three-week COVID 19 disruption earlier this season and Baylor would probably be viewed as a “1b” to Gonzaga’s “1a.”

The Bears stumbled a bit out of that break in the midst of a packed schedule. Following 17 wins to begin the season, several of which featured impressive covers, Baylor struggled to cover upon resuming play, losing two of those games outright.

Those struggles seem to be a thing of the past now. Despite a slow start and poor three-point shooting against Villanova, the Bears surged late. We’re banking on one of the nation’s best three-point shooting teams to bounce back tonight in a big way against an Arkansas team that showed vulnerabilities on the perimeter in its Sweet 16 win over Oral Roberts.

Baylor is 11-5 ATS in road games this season and and 10-3 ATS as favorites of anywhere between 3-12 points, consistently demonstrating an ability to cover a wide range of numbers.

Arkansas has been playing with fire on its way to the Elite Eight. Credit to the Razorbacks for their resiliency, but the Bears won’t let them get off the mat tonight.

Register with FanDuel Sportsbook and get a $1,000 risk-free bet on any NCAA Tournament game by clicking right here.

GET THE APP
SIGNUP BONUS$1,000 NO SWEAT BET!
ANY GAMEBET NOW
Filed to: Sports Betting
Latest from Bleacher Nation:

Kyle Scott is the founder and editor of CrossingBroad.com. Here at BN, he's helping us out with our sports betting work.