The Chicago Blackhawks continue their homestand as the Carolina Hurricanes roll into town tonight.

Let’s take a look at this Central Division showdown in our Hurricanes vs. Blackhawks betting preview with odds, picks and predictions.

The Blackhawks lost a heartbreaking 3-2 decision Sunday night against Nashville.

Forward Alex DeBrincat scored two goals in a two-minute span to tie the game midway through the third period. That was before Predators defenseman Roman Josi scored later in the frame to give Nashville its fifth consecutive victory and move his club into the fourth spot in the Central Division over Chicago.

Click here to get 100-1 odds on any NCAA Tournament game at DraftKings Sportsbook.

Now, the Hawks must take on a Carolina club that has earned at least one point l in 13 of its last 14 games. Carolina trails Tampa Bay by a single point for first place in the division with 22 games left to play.

Carolina has won seven of their last eight meetings with Chicago, going 2-1 in its previous three battles this season.

Here are the lines for Hurricanes vs. Blackhawks at DraftKings Sportsbook:

Register with FanDuel Sportsbook and get a $1,000 risk-free bet by clicking right here.

The 23-year-old Finnish native leads Carolina with 15 goals and 33 points on the season, spearheading a potent Hurricanes offense that has four different players with 10 goals or more and seven players with at least 20 points. Aho has scored four goals and three assists in his last five games, and with this Blackhawks team starting to slip more and more defensively, I feel Carolina will have plenty of quality scoring chances. This makes Aho a decent bet to find the back of the net tonight.

Leading the Hawks with 18 goals, DeBrincat was the entire offense on Sunday, as he muscled his way through Nashville’s defense to beat Pekka Rinne twice in a span of two minutes. His efforts brought Chicago to life late in the contest, knotting the game at 2-2. Unfortunately, the defense behind him couldn’t hold up its end of the bargain as Chicago eventually lost. Still, the 23-year-old sniper is always live to score, and with his hot stick right now, this is a good value wager to make this evening.

Most people are aware of first period betting totals, but you can also wager on the second and third period numbers pre-game, and find some good value with those options. That’s the case in tonight’s showdown.

Carolina has played in games where two or more goals have been scored in the second period in seven of their last 10 games, while Chicago is 8-2 over its last 10 games on this bet. These are two clubs that tend to use the first period as more of a feeling out process and then make the necessary changes after intermission to get their offenses rolling. Play the second period over at two goals tonight.

Chicago’s playoff hopes seem to be blowing away like a heavy gust of wind coming off the lakefront. After losing a pair of games to a mediocre Nashville squad, I don’t see how things get better against a dangerous offense with Carolina tonight.

Hurricanes win this game by a 4-2 final. 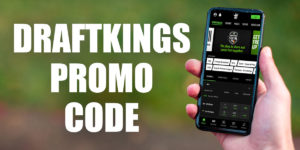