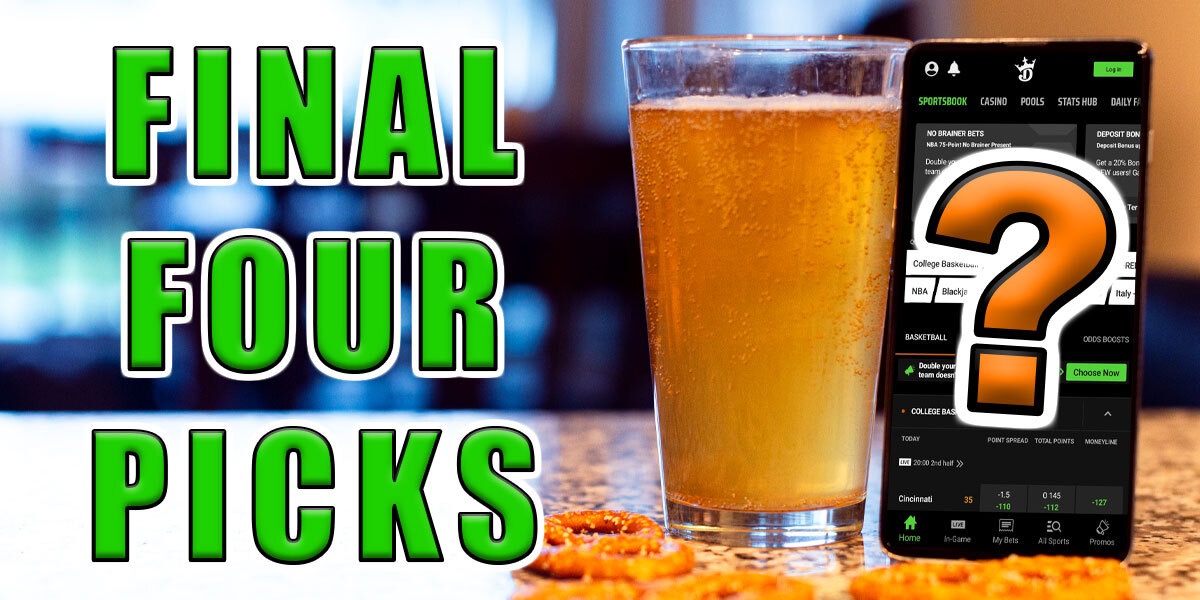 The field of 68 has been whittled down to four teams as Gonzaga, UCLA, Baylor, and Houston are set to meet in the Final Four. After a year off due to COVID-19, March Madness returned in 2021 and it has not disappointed. The question now remains which teams will player in Monday night’s title tilt. Will it be top seeds Gonzaga or Baylor, or will be there be at least one more stunner in store for the Final Four?

Let’s jump into a deeper look at Houston-Baylor and UCLA-Gonzaga with our Final Four betting predictions and picks.

For everyone old enough to remember the 70s, 80s, and 90s, Baylor and Houston is a throwback Southwest Conference matchup.

The Bears are rolling into the Final Four as a slight favorite, but the Cougars are a dangerous team that plays elite defense. If Houston were to pull off the upset, it wouldn’t exactly go down as an all-timer.

On the other hand, if UCLA finds a way to knock off Gonzaga, well, that would be one for the ages. It’s not often that we see a Final Four game with a double-digit spread. In fact, since the 2005 NCAA Tournament, only one team has been favored by 10+ points. That happened back in 2016 when North Carolina was favored by 10 points over Syracuse.

The 14-point spread isn’t a knock on UCLA, it’s simply a testament to Gonzaga’s dominance. The Bulldogs are looking to become the first undefeated team to win a National Championship since Indiana did it in 1976.

Click here to register with FanDuel Sportsbook and cash in on 40-1 odds for the Final Four.

Baylor and Houston are entering this game after convincingly marching through their respective rgegions. Baylor topped No. 3 Arkansas in the Elite Eight after knocking out No. 5 Villanova, No. 9 Wisconsin, and No. 16 Hartford in the earlier rounds.

Houston had a slightly different path to the Final Four. Baylor will be the first single-digit seed they have played in this tournament, fortuitously taking advantage of lower-seeded matchups.

Houston’s road has featured No. 15 Cleveland State, No. 10 Rutgers, No. 11 Syracuse, and No. 12 Oregon State. Each were tough games against under-seeded teams, but the Cougars have still had an easy path nonetheless.

Houston’s easy road in the NCAA Tournament mirrors its regular season schedule. This is a team that only played two NCAA Tournament teams (Wichita State, Texas Tech) during the regular season. Wichita State lost in the First Four to Drake while Texas Tech was bounced in the second round. Quite simply, the Cougars have had one of the easiest paths in terms of seeding to a Final Four in the history of college basketball.

Click here to get 100-1 odds on any NCAA Tournament game at DraftKings Sportsbook.

Of course, they can only play the teams that are put in front of them, and they deserve credit for reaching this point, but they will need to be ready for a dramatic increase in level of competition against Baylor.

Contextually, this matchup is a problem for Houston, and the betting trends further illustrate what the Cougars are up against.

Both are quality cover teams, but it’s worth noting the following:

If not for losses to Kansas and Oklahoma State, both of which occurred following a prolonged three-week COVID-19 shutdown, Baylor would be in the same conversation as Gonzaga as an undefeated team looking for a title. They aren’t, but they will get a crack at Gonzaga on Monday night.

This game is the ultimate David vs. Goliath setup, but with a twist. UCLA isn’t exactly the classic underdog, as the school has more National Championships than any Division I men’s college basketball program.

On the flip side, Gonzaga has made the finals, but has never won a championship. Historically, UCLA is Goliath and mid-major Gonzaga is David. Go figure.

As for this season, the Bulldogs are absolutely stacked with talent at every position. Jalen Suggs is going to be a top-three pick in the upcoming NBA Draft, Corey Kispert is a likely lottery pick, and Joel Ayayi has a good chance to go in the first round as well.

It’s also worth noting that sophomore Drew Timme is making a strong case to win the Most Outstanding Player if Gonzaga wins it all.

The Bulldogs can score in bunches and teams have had no luck stopping them. In fact, Gonzaga has won every game of this season by double digits except just one.

With all that said, we’d be foolish to completely write off UCLA here. They are one of the slowest teams in the country in terms of offensive pacing and have great success in this tournament by taking the air out of ball and grinding out games late.

They will likely try to limit Gonzaga’s possessions, but they’re going to have to hope for an inefficient shooting night in order to stick around with a simply superior team. The Bruins have multiple halfcourt creators in Jaime Jaquez, Tyger Campbell, and Johnny Juzang, who went off for 27 points in the Elite Eight.

All of that being said…

Don’t overthink this one. The only other time we’ve seen a spread of at least 10 points in the Final Four came back in 2016 when North Carolina easily covered a 10-point spread against Syracuse. Gonzaga has proven from the jump this season that it is the nation’s best team, and there’s no reason to think that will change during this matchup.