The Cubs and Pirates close out their three-game season-opening series on Easter Sunday. Righties Zach Davies and Mitch Keller will face off, with Davies making his Cubs debut after spending last season with the Padres.

Let’s take a look at some of our favorite Cubs vs. Pirates player prop bets for this April 4, 2021 MLB matchup from Wrigley Field.

The Pirates held the Cubs to one hit on Thursday, but the Cubs, led by six strong innings from Jake Arrieta, bounced back Saturday to hold the Bucs to just a solitary first inning run in a win. This sets us up for the rubber match Easter afternoon in the Windy City.

Click here to register with FanDuel Sportsbook and cash in 40-1 odds for the Baylor-Gonzaga title game.

Ian Happ to Record a Hit

Happ is the perfect guy to ask for a hit today after an odd early day off in Saturday’s game. He struck out as a pinch hitter in Saturday’s win, having ceded the start to Jake Marisnick.

Likely to take his leadoff spot back for Sunday, Happ figures to get the most at-bats in the lineup and is likely to remain in the game throughout, given he is a switch hitter. He enters here fresh and and armed with good lifetime numbers against the starter Mitch Keller. Happ has three hits in five career ABs against the righty, including a double and a home run.

Happ has hit .343 and .333 against the Pirates the last two seasons, respectively, and was also a .304 hitter in day games during the shortened 2020 season. He’s seen far more action against RHP and posted far superior numbers against righties than lefties in each of the last three seasons.

Davies is a sinkerballer who pitches mainly to contact.

In his last full season (2019), he was in the bottom five percent of the league’s pitchers in terms of strikeout percentage at just 15.2%.

He will be making his tenth career start against the Pirates and has failed to reach 5 K’s in eight of his nine previous starts against Pittsburgh.

Interestingly, the Bucs have had a good deal of success against Davies, having won six of the last eight head-to-head meetings when the righty takes the hill against them.

In an early season rubber match, Davies could get a quick hook here if the Cubs start to feel like they are losing their grip on the game and series win.

After all, the Chicago bullpen is relatively fresh after a day off on Friday and six quality innings from Arrieta yesterday.

Current Pirates have only struck out 10 times in 81 ABs, giving Davies just a 12.3% strikeout percentage against his division rivals.

Finally, please do not forget that this Pittsburgh team, despite its lack of pop,  doesn’t typically strikeout. Over the last three years, the Pirates struck out the second least (2018), fourth least  (2019), and seventh least (2020) in baseball over the last three season.

They should put the ball in play against a guy who likes to let his defense earn him his wins.

Anthony Rizzo is the only Cubs player to record a hit in each of the first two games this series.

Rizzo will surely find himself once again in the heart of the Cubs order getting to face a righty in Mitch Keller. He may only be 1-for-5 lifetime against the Pirates starter, but he also has two walks and has yet to strike out against Keller.

Moreover, Keller isn’t shy about serving up homers to the Cubs, as he has allowed multiple long balls in two of his three career starts against them. He also served up all four of his homers last season on the road.

Rizzo has hit between 23 and 32 bombs in each of the last seven full MLB seasons, doing a large bulk of that damage against RHP.

In fact, 76% of his 229 career homers came against right-handed pitchers, and he has tallied more home runs against the Pirates than all but one other team (Cincy) with 29. Against a power-righty starter this afternoon, Rizzo should is a good bet to send one over the wall.

GET THE APP
SIGNUP BONUSBet $1, Win $100
ON ANY NBA TEAM TO MAKE A THREE!BET NOW

Click here to get 100-1 odds on the Cubs to record at least one hit with DraftKings Sportsbook. 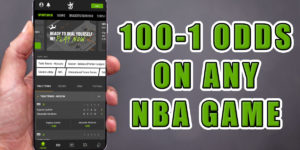 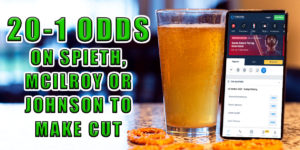 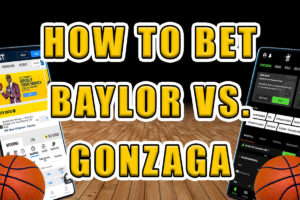