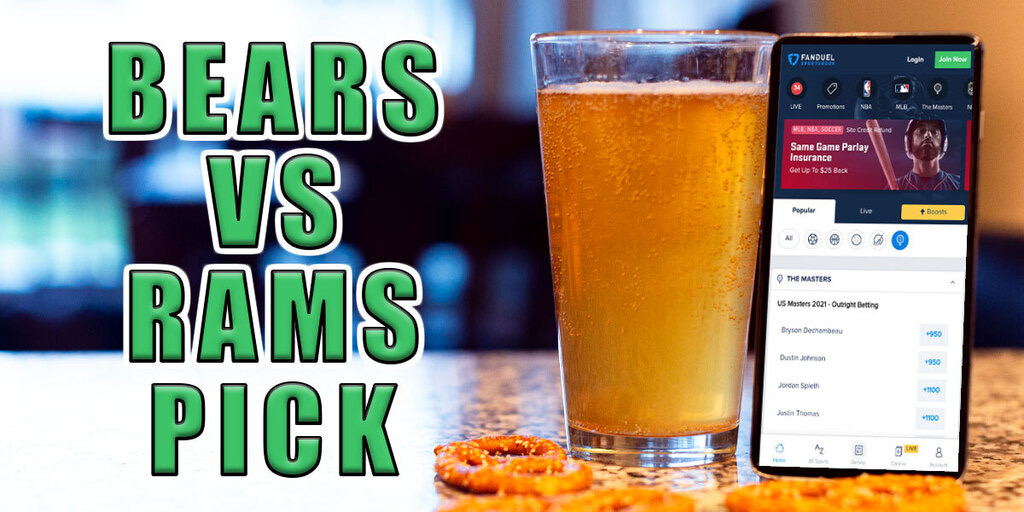 Two 2020 playoff teams kick off the 2021 Sunday Night Football slate, as the Chicago Bears head west to take on the Los Angeles Rams at SoFi Stadium. The game will mark the first regular season affair with fans in attendance at the massive new stadium, located on the site of the old Hollywood Park Racetrack, just three short miles from LAX.

With two new quarterbacks looking to make a big Week 1 statement, let’s take a look at our Bears vs. Rams pick, the odds, and an ATS prediction for this matchup.

Both teams will look a bit different at the quarterback position this Sunday night. Chicago will start Andy Dalton, a clear placeholder as the team develops first rounder Justin Fields. Meanwhile, Los Angeles will no longer have Jared Goff under center, after electing to package him in a trade deal this offseason to Detroit in exchange for Matthew Stafford.

Before we get to our Bears vs. Rams pick, let’s first take a look at the betting odds:

Playing at home with an upgrade at quarterback surely goes a long way toward explaining the Rams as a touchdown favorite. With over 80 percent of the total bets thus (as of Friday afternoon) far coming in on Los Angeles, we could see that number rise late like Tampa Bay’s did before the Bucs’ Thursday date with Dallas.

The total for this one opened around 45 points and can presently be found anywhere between 44.5 and 46.5, depending on where you shop.

We want to zero in on that total here, as we believe there is solid value to be found in the under. From a strategic standpoint alone, the under is a nice contrarian play for the season’s first Sunday Night Football game, as oddsmakers know anyone chasing lost early money will prefer to root for lots of points as an alternative boxing themselves in with an under bet.

That said, our under inclination in this one goes well beyond that superficial public betting conjecture.

The Rams an Bears were the 22nd and 23rd highest scoring teams last season, respectively. The Rams averaging 23.3 points per game and Chicago putting up 22.4. Interestingly, Los Angeles only mustered 20.8 ppg at home, tied for the ninth worst number in the league. That fact helps explain how the Rams played all eight of their home games under the total last season, averaging just 34.3 total points per game.

In fact, Los Angeles has now played 14 of its last 17 home games under the total (13 of the last 16 over as home favorites). Moreover, 11 of the team’s last 15 overall have stayed under, as have 20 of its last 26 as favorites overall. These facts help to demonstrate how the Rams became the NFL’s fourth most profitable under team in 2020, averaging only 42.6 points per game across their 18 games, 12 of which stayed under the posted number.

Chicago does its part with favorable under trends, as the team has played eight straight games under the total against NFC West teams. The Bears, who lost by a 21-9 final to the Saints in the playoffs last winter, have also played 10 of their last 11 away games under after scoring 10 or less points prior.

Look for them to make it 14 of the last 18 under as road dogs and 16 of the last 23 under as underdogs overall with another tight affair here.

Look for the Bears’ familiarity with Matthew Stafford (23 INTs in 20 career games vs. Chi) to aid in quieting the Rams’ offense here. Expect Aaron Donald and Khalil Mack to blow up some plays and ruin some drives defensively to help keep this game mostly between the 20s in a low-scoring battle that leaves offense-thirsty fans wanting more.

Get a $5,000 risk-free first bet and a free NFL jersey with $100 of bets on pro football this month with Caesars Sportsbook.