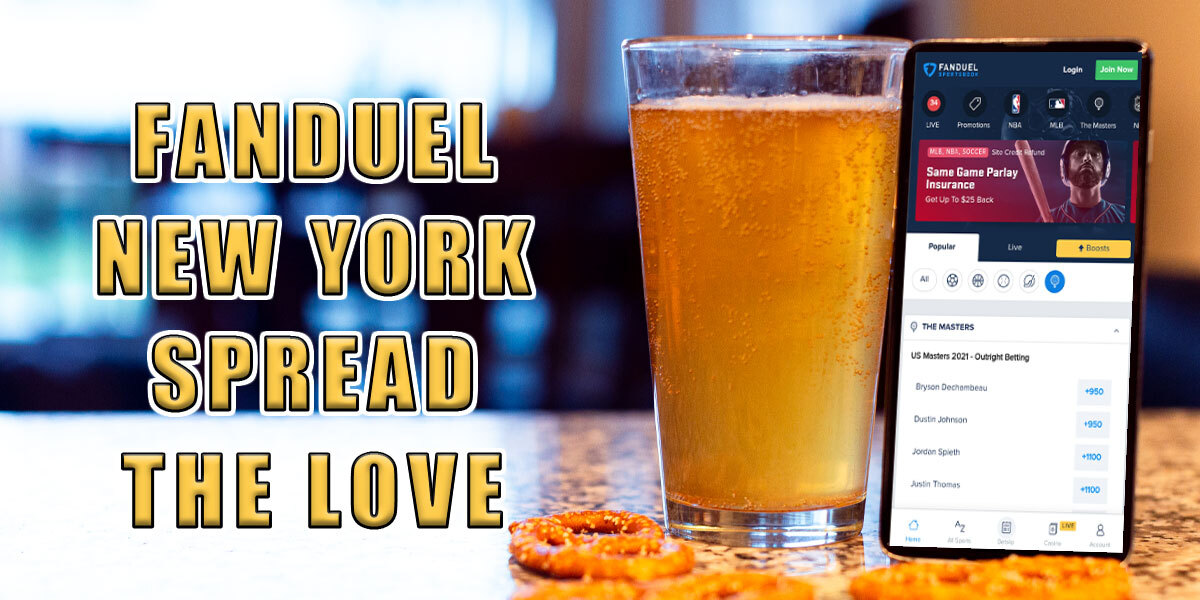 FanDuel New York looks to build on early momentum by unleashing its popular Spread the Love promo.  For the first time, New York sports bettors can crowd boost the Knicks to a no-brainer cover in their game against the Pelicans on Tuesday.

This Spread the Love offer is one of three promos available for new users on FanDuel New York. Bettors can get great Knicks odds along with a pick between 30-1 NFL odds or a $1,000 risk-free bet.

GET THE APP
SIGN UP BONUS$200
BONUS BETSBET NOW

There are multiple ways for new users to win with these promos and they each offer something different. The Spread the Love promo will prove as a guarantee for bettors. The promo has never lost since its inception. As long as New Yorkers bet on the Knicks against the spread for their Thursday night matchup, beating the spread will become a formality.

Let’s take a closer look at these sign-up bonuses on FanDuel New York, and more specifically this Spread the Love promo for Knicks-Pelicans on Thursday night.

New users at FanDuel New York can grab the Spread the Love offer plus either a $1,000 risk-free first bet and 30-1 NFL odds. Click here to get started today.

Spread the Love is a simple, unique promo that relies on crowd boosting. For every 500 FanDuel New York users who place a bet on the Knicks against the spread, the line will move one point in the Knicks’ favor.

There is no limit to how high this spread can go. In other words, if tons of Knicks fans bet the spread, it could easily move into the triple digits, an occurrence we’ve previously seen in other markets.

In fact, FanDuel Sportsbook has paid out winners before the game even started in some cases. We don’t know how high this spread will go, but we expect it to become a no-brainer for New York bettors.

Existing users can bet on Spread the Love, but there are two FanDuel New York promos that are exclusive to new users. The good news is that either new player offer can be combined with the Spread the Love special.

The first is a 30-1 NFL odds boost on any team’s moneyline. Simply bet $5 to win $150 in bonus cash on any team playing the weekend.

Also available to new players will be a $1,000 risk-free bet. Players will receive a site credit refund in their first real-money wager losers. Again, new users on FanDuel New York can combine either new player promo with Spread the Love for maximum value. Click on any of the links on the page to get started.

The Knicks-Pelicans game isn’t listed on FanDuel New York yet, but we expect the Knicks to be the favorite entering this game.

With that said, the original spread doesn’t really matter for anyone who is joining in on Spread the Love. If the Knicks open as a five-point favorite, but 50,000 people bet the spread, the Knicks will close as 95-point underdogs.

While we’re not in the business of predicting winners, there should be plenty of confidence the Knicks won’t lose by a historic margin.

New users at FanDuel New York can grab the Spread the Love offer plus either a $1,000 risk-free first bet and 30-1 NFL odds. Click here to get started today.