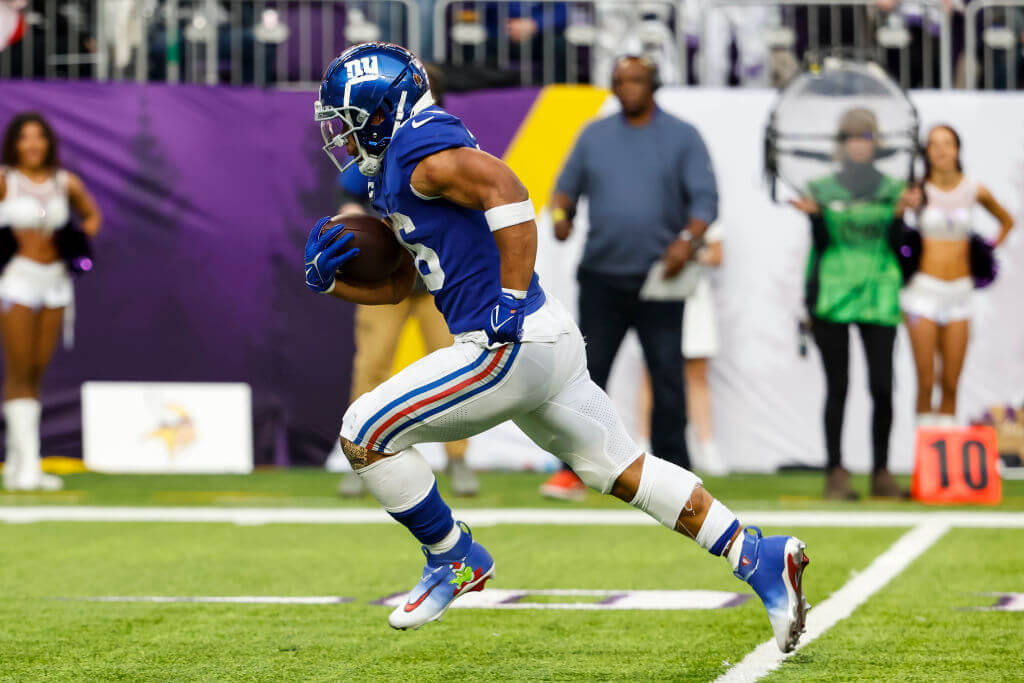 Don’t miss on betting on the playoffs, picked out below is a +1604 Vikings Giants same game parlay pick.

The 2022 NFL season was a wild one. The Super Bowl champion from last season (Rams) flamed out spectacularly while the Jaguars and Giants are both playoff teams after having top-five picks in the NFL Draft.

With most fantasy football leagues over, there is no better way to enjoy the playoffs than betting on player props. Same Game Parlays are a fun way to get involved with potentially massive payouts.

You can find this bet at FanDuel Sportsbook and instantly get $150 when you bet $5! Take advantage of this awesome offer and click here to sign up

+1604 Same Game Parlay for the Vikings and Giants game

Daniel Jones racked up 334 passing yards last time against a Minnesota team that ranks 26th in pass defense efficiency on the season.

He should have a good bit of success here again. While he hasn’t routinely gone over this number, the matchup and likely pace of the game call for another back-and-forth affair.

Since Week 13, Richie James has played a much bigger role on the Giant’s offense with a 79% snap rate or higher in every game.

He had the best game of his season last time against a very burnable Minnesota secondary, catching nine-of-eleven targets for 90 receiving yards

Heading into their previous matchup, Kirk Cousins had really struggled against man coverage. When opponents blitzed, two things the Giants do the most in the league.

Despite this, Cousins was able to succeed and a lot of that had to do with Justin Jefferson and TJ Hockenson. Both had 109 and 133 receiving yards.

With New York likely blitzing close to 50% of the time, we will see a ton of Justin Jefferson in single coverage again and likely another big day.

Jefferson had more than 100 yards in 10-of-17 games and will continue to be the focal point of this passing game here.

Since his trade to Minnesota, Hockenson has yet to see fewer than 6 targets. He also had his best game of the season with the Vikings against the Giants, catching 13-of-16 targets for 109 receiving yards.

This wasn’t that surprising as the Giants are one of the worst teams at guarding tight ends and rank 31st in efficiency against the position.

We are getting plus money on half of his last number in a game where both sides will likely throw a bunch.

Last time around the Vikings threw the ball 42 times despite leading for a good majority of the game. With a lot of volume expected and a great matchup, the pick here is 50+.

Dan Smullen has a BSC. in the Sports and Exercise Sciences from the University of Limerick. Dan is obsessed with helping the average punter become more successful at sports betting through the assistance of good sports betting data analysis.