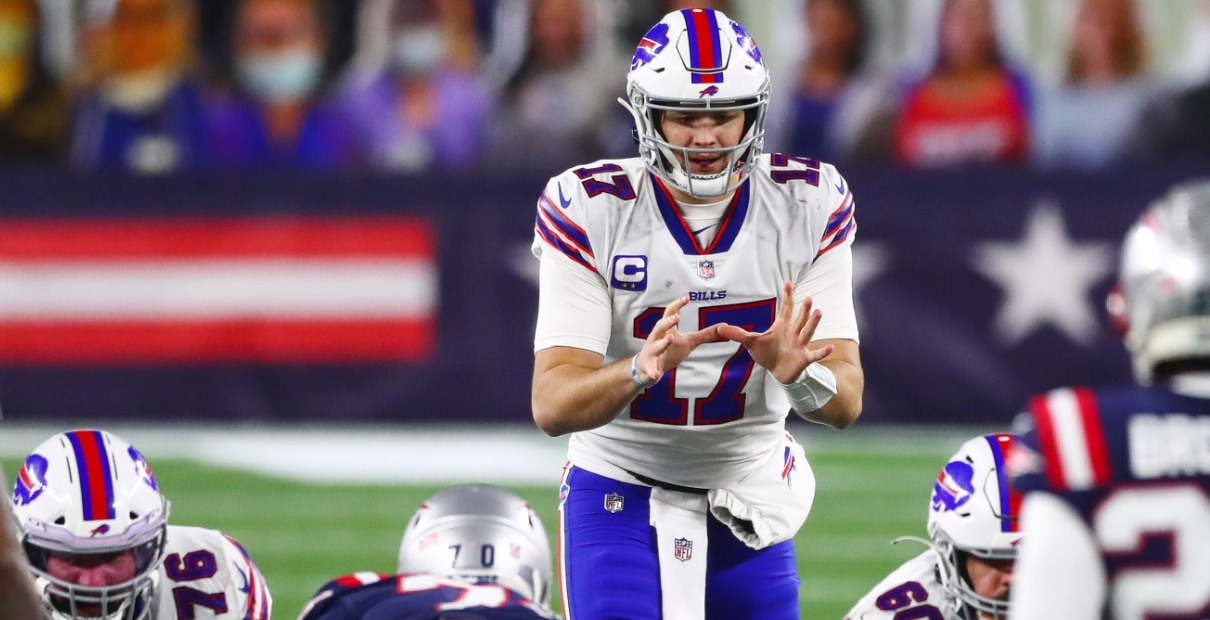 Don’t miss on betting on the playoffs, picked out below is a +1247 Bills-Dolphins same-game parlay pick. The 2022 NFL season was a wild one. The Super Bowl champion from last season (Rams) flamed out in spectacular fashion while the Jaguars and Giants are both playoff teams after having top-5 picks in the NFL Draft. With most fantasy football leagues over, there is no better way to enjoy the playoffs than betting on player props. Same Game Parlays are a fun way to get involved with potentially massive payouts. You can find this bet at FanDuel Sportsbook and instantly get $150 when you bet $5! Take advantage of this awesome offer and click here to sign up.

We are starting this same game parlay with an alternate spread on the heavy favorites. The Dolphins are starting Skylar Thompson who has been largely unimpressive to say the least. Thompson has over 100 pass attempts this season with both Tyreek Hill and Jaylen Waddle on the field with Mike McDaniel scheming everything up. He has completed just 57% of his passes, averaging 5.4 yards per attempt, with just one touchdown and three interceptions. The majority of those were against a tough Jets secondary but the Bills aren’t much easier. They rank 5th in yards per pass attempt allowed (6.0) and are top-10 in pass defense efficiency despite losing a bunch of their starters throughout the season.

In addition to everything I stated above about Thompson’s struggles and a tough matchup, this is a big number. He has yet to clear 191.5 yards in two full games and the Dolphins will likely skew massively run-heavy to start. We saw them have success doing that in Buffalo last time around with 24 running plays to just 30 pass attempts despite a back-and-forth high-scoring game. This fits our theme of the same game parlay with a big Bills blowout win.

Raheem Mostert is out which means we will likely see a heavy dose of Jeff Wilson Jr. We have seen Skylar Thompson target the running back position heavily after the initial game script planned out by the coaching staff. In the game when he came in midway through, he targeted running backs on 10-of-33 passes against the Jets and 10-of-21 passes against New England. That is a massive target share to running backs and now Wilson will likely get nearly all of that work. This is particularly important if the Dolphins fall behind as Wilson could see 4+ targets in that half alone.

Historically, athletic quarterbacks tend to run more in the playoffs than in the regular season. Miami blitzes a ton and runs a ton of man coverage, flushing quarterbacks from the pocket and leaving situations where cornerbacks have their backs turned. This opens up opportunities for Josh Allen to run more than usual and score a touchdown.

GET THE APP
21+ and present in Participating states. Gambling problem? Call 1-800-GAMBLER.Bet $5, Get $150
BONUS BETSBET NOW
If enjoyed this analysis you can see the rest of our player prop bets at 4for4.com for just $19!
Filed to: Sports Betting
Latest from Bleacher Nation: