Knuckleballers are like baseball’s unicorns. They’re rarely seen, difficult to catch, and I have posters of them all over my bedroom (that last one might just be for unicorns). The Red Sox, however, do have a knuckleballer on their team; he goes by the name of Steven Wright.

Wright, 31, has made 19 starts for the Red Sox this season, allowing hitters to hit just .215 off of him, while amassing a dazzling 2.67 ERA. Although he’s been in professional baseball since 2007, it wasn’t until 2011 that he began developing his knuckleball, and it wasn’t until 2016 that he started finding success with it. But now, well, now he’s making hitters look as silly as a grown man with unicorn posters all over his wall.

Check out what he did to A-Rod, just last week:

Then, later in the game, he made Brian McCann look like a beer-slugging, new-balance wearing, 55-year-old in his neighborhood softball league:

But even that one pales in comparison, to the absolutely disgusting pitch he threw to Miguel Sano just last night. Check it out:

I just don’t know if there’s much you can do with that pitch, but boy is it fun to watch.

The 2020 Spring Training Hats Are Out and They Are … Bold

Was Santa Doing the Soto Shuffle?

VIDEO: Ichiro Returns to the Plate (And the Mound!) in a Sandlot Level Game Against High School Teachers

This Is Literally the Worst Call in the History of Baseball 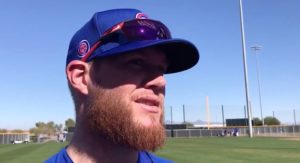 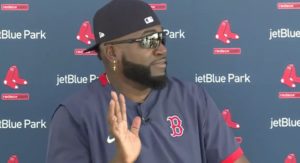 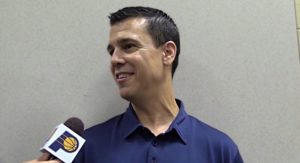