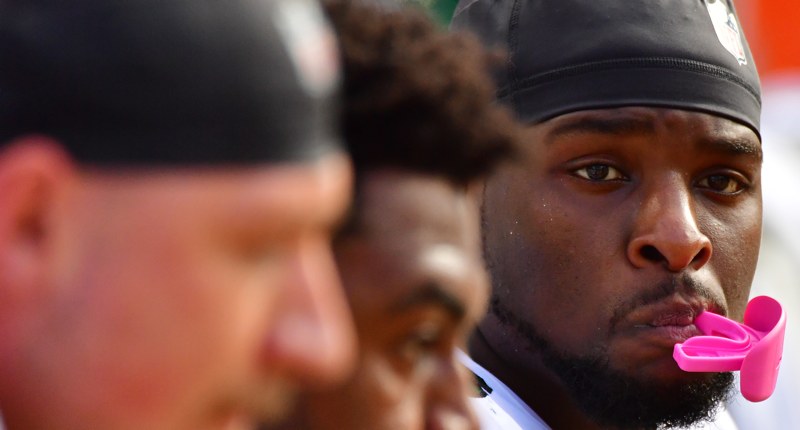 Le’Veon Bell was the big prize of free agency and watching the chase was fun while it lasted.

Now, it appears as if the New York Jets — who ultimately came away with the big-ticket free-agent item — are having some type of buyer’s remorse:

Manish Mehta of the New York Daily News hears from sources who have indicated the Jets are looking to trade Bell before today’s trade deadline passes. Best of luck to the Jets, who have a little less than two hours to get that done. They’re gonna need it.

The mere idea of trading bell is one that would have been a surprise had it been presented back in March. But the Jets have since fired the general manager who orchestrated the splurge to sign Bell, so it is possible that pushing Bell’s salary out the door could be a priority for first-year GM Joe Douglas.

What it would cost to acquire Bell is unknown, but Mehta has been informed that there are “legitimate buyers” who would like to get the Pro Bowl running back on their squad. The Texans, Chiefs, Bills, and Eagles are listed as teams who could be interested in getting in the running in the Bell sweepstakes. And even though the Bears were a part of the free agent rumblings surrounding Bell last spring, I don’t think they would be a team targeting him in a trade. Not with the future salary considerations that are owed to him or the holes the team needs to plug elsewhere.