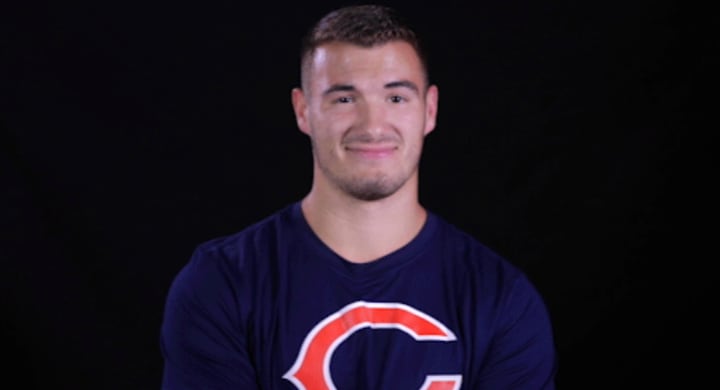 Tom Brady is always at the top of NFL news cycles these days.

In March, it was because he was leaving his old team, the New England Patriots. In April, it was all about how the Tampa Bay Buccaneers were going to build around Brady through the NFL Draft. And now in May, Brady is taking center stage again, because he’s … leading workouts with teammates outside of team facilities?

To be clear, Brady and his new teammates working out together on their own time in a place that isn’t a team facility isn’t a violation of league rules. It’s perfectly acceptable. In fact, this is something that has gone one for years. Even Bears quarterbacks such as Rex Grossman, Jay Cutler, and even Mitch Trubisky have gathered pass-catchers during their free time for workouts. It’s the smart/right thing to do for a quarterback wanting to get a head start on building a relationship with his dudes.

And to that point, it’s worth pointing out that Trubisky was recently spotted working out with center Cody Whitehair and wide receiver Allen Robinson:

Looks like Allen Robinson, Mitch Trubisky and Cody Whitehair are working out five minutes from my house. #Bears https://t.co/jfFFA3q58v

If you’re in search for somewhere Trubisky can score an edge in the great QB battle of 2020, it’s here. Not only does Trubisky already have a rapport with Whitehair (as we know, having a bond with your center can be important for quarterback comfort and development) and Robinson (every QB needs a quality WR1 to lean on in tough times) from having been together the last few years, but already being in the Chicagoland area allows the trio to get together to further build that connection. Meanwhile, Foles is out in California away from it all and unable to build relationships that he would otherwise be doing in a normal offseason with regularly scheduled OTAs and mini-camps.

This might not be a big deal on the surface. But in a fairly fought quarterback competition, any edge could be the one that helps put one guy over the top.